The Psychology of So-Called Alien Abductions 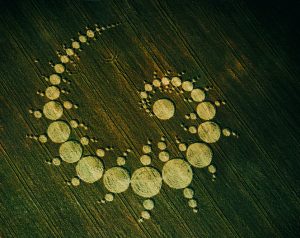 In the classic television series The X-Files, FBI agents attempt to uncover a conspiracy between aliens from another world and the U.S. government. Ideas about aliens vary from culture to culture and can be heavily influenced by the media, but the phenomenon of so-called alien abductions is relatively new in human history.

In 1997, the year the Hale-Bopp comet blasted past Earth, belief in alien conspiracies was at an all-time high. Sixty-four percent of respondents to a CNN poll said they believed aliens had made contact with humans, with 50% claiming that aliens had abducted humans. The concept of alien abductions is well-established in American consciousness, but psychological research may be able to offer a more mundane explanation for widespread belief in so-called abductions.

When you sleep, your body freezes your limbs, decreasing the likelihood that you leap from the bed or injure yourself in your dreams. But sometimes sleep paralysis goes a little haywire and people wake up unable to move. This can trigger an assortment of bizarre, dream-like hallucinations. People who already believe in aliens may, in this semi-conscious state, interpret lights and sounds from outside as alien visitors. Upon returning to sleep, these memories can become even more lucid through further dreams about aliens. Because sleep paralysis can be so frightening, though, people who experience it and then dream about aliens may interpret their experiences as real.

The brain can do all kinds of strange things that seem real in the moment. After all, it’s the source of dreams, false memories, and hallucinations. Researchers have found that electrical stimulation of the temporal lobe can produce images and experiences that some people may interpret as alien abductions. A seizure in the temporal lobe is sufficient to trigger abduction-like sensations, so it may be that some people’s memories of abductions are in fact memories of seizures.

Many people who report alien abductions are healthy, high-functioning individuals. Some, however, have a mental health issue that clouds their ability to distinguish fantasy from reality. Delusional issues are particularly likely to result in alien abduction memories, but research has also shown a correlation between alien abduction reports and schizotypal personality. People with schizotypal personality are often perceived by others as eccentric, and typically have unusual beliefs. They sometimes engage in magical thinking, and may experience problems with perception. This may lead to interpreting an experience as an alien abduction.

The memory can play a host of tricks on you. It doesn’t act as a recording device, carefully cataloging every life event. Instead, the memory is highly susceptible to suggestion, belief, and fantasy. In some cases, it’s possible people may misremember dreams as reality or interpret a strange experience, such as a house shaking due to an earthquake, as an alien abduction. Cognitive biases can further distort memory. Confirmation bias, for example, is the tendency to see evidence for something you already believe. If you believe aliens abduct people and then have a frightening nighttime experience with a bright light, you may be tempted to fit this experience into what you already know, seeing it as evidence of an alien abduction.

But What If It’s Real?

There are plenty of scientists who are convinced there is life on other planets. No one can say with certainty whether aliens have visited our planet. Some psychologists, such as John Mack, have studied abduction phenomena, taking the stories to be true at face value. This field of psychology, called parapsychology, has gained a cult following among devotees of aliens and the UFO culture. Parapsychologists are interested in the effects of apparent abductions and the ways the trauma of a memory of abduction affects the brain.