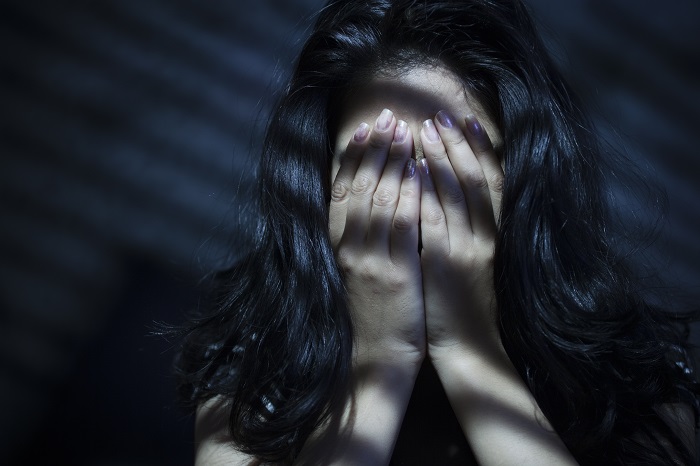 Fear is an emotion that typically occurs when you perceive a threat to your personal well-being. Sometimes, it can prompt action against the threat. Fear is a common emotion experienced by most people at some point or another; it's considered to be a normal, natural part of life.

However, fear can lead people to experience a wide array of physical and mental changes, and irrational or intense fear may interfere with a person’s happiness, sense of security, and ability to function effectively.

When fear is persistent or has a negative impact on your daily life, a therapist or other mental health professional may be able to help address this challenge and reduce your fear.

All people are likely to experience some type of fear. Humans and animals typically possess innate fearful reactions to certain stimuli, such as unexpected or loud noises. Some of these stimuli may differ from one person to the next, although some fears occur more frequently in the general population. For example, a great number of people report a fear of death.

New fears are often learned. Fear-inducing stimuli paired with objects or events that are not normally frightening may cause new fears to form.

Some stimuli commonly reported to cause fear include:

A phobia, or a fearful reaction that is disproportionate to the possible danger, is a type of fear that may interfere with one's ability to function. A phobia might develop for no clear reason, but it might also develop after an experience causes a strong fear reaction. Therapy can often help people overcome phobias.

The Effects of Fear on the Brain

A person’s response to danger generally involves many different areas of the brain, but research in the field of psychology has identified the amygdala as pivotal in processing fear. When a person is confronted with a potentially dangerous situation, the amygdala sends excitatory signals to other brain areas to ensure that these areas also become more alert. Evidence of the amygdala’s importance to the processing of fear has been highlighted in many studies. When monkeys and rats with damaged amygdalas were exposed to snakes in one study, the animals demonstrated no fear of their natural predators.

Another study followed SM, a woman with Urbach-Weithe disease—a condition that results in the shriveling and hardening of parts of the brain. In SM's case, parts of her amygdala had wasted away, and she felt no fear when faced with haunted houses, large spiders, or venomous snakes. Further, researchers found that events that most would find traumatic, such as a past experience of being threatened at knifepoint, did not register in her brain as bad or dangerous, either at the time or later in life.

While the amygdala does play a critical role in triggering and processing fear, research found that its effective functioning is not absolutely essential for a person to experience fear. The 1995 study of SM also showed alternate brain pathways that played roles in fear learning and processing. SM did not demonstrate signs of fear when exposed to fear-inducing objects, but she did experience strong fear and panic when asked to inhale carbon dioxide (a gas that causes choking). It was clear to the researchers that while potentially dangerous external factors did not trigger a fear response, internal threats to her health and safety did cause SM to experience fear.

The Physical and Emotional Effects of Fear

Without fear, an individual's chances of day-to-day survival would likely diminish. In this way, fear can be healthy; it helps people keep away from dangerous or harmful situations by triggering a “fight or flight” response. Fear often affects people physically and emotionally.

Fear may cause someone to experience an enhanced perception of space and time, or their senses of sight, hearing, and smell may be heightened. In life-threatening situations, fear can also reduce the ability to notice fine detail while increasing the capacity to distinguish large or blurry objects. These adjustments in perception can increase a person’s chance of survival in a dangerous situation.

An example of how fear can affect perception may be when a camper notices a grizzly bear. The camper is not likely to focus on small details such as specific markings or other characteristics that distinguish the bear. Instead, fear generally works to sharpen the camper’s senses of perception in order to better identify the bear’s location and movement, which can help the camper best determine how to escape the dangerous situation.

You may experience a variety of physical responses when experiencing fear, such as:

Psychological effects of fear can include intrusive or distracting thoughts, loss of focus, and confusion. People may also experience a variety of emotional effects, including terror, anxiety, anger, despair, numbness, or helplessness.

Fear has been linked with numerous behavioral and mental health concerns. For example, anxiety issues generally involve some measure of fear of a future event or occurrence. People who hold on to ideas that frighten them and those affected by hallucinations or delusions may also experience high levels of fear. People affected by negative moods may become afraid of certain events such as death, breakup, loss, or failure.

Fear is listed as a contributing factor or symptom of conditions such as:

Some people may even experience a type of fear known as a phobia, which may be described as an intense and sometimes irrational fear of a specific place, object, or animal. The fear one experiences with a phobia is often disproportionate to the threat of the thing feared.

If you experience ongoing or debilitating fear, it may help to meet with a therapist or counselor. Therapy can help you discover whether your fear is caused by an underlying mental health issue or allow you to address and work through what is causing you to feel afraid.