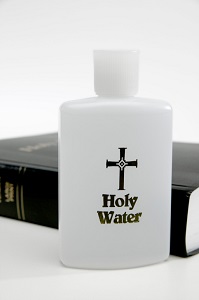 Exorcisms occupy a hallowed place in horror movies, with some claiming to be “based on a true story”—attracting mass audiences, rampant skepticism, and much discussion. But the ancient practice of expelling demons or other entities from a person isn’t merely fodder for fright flicks or some relic of a less enlightened time. Exorcisms are very much a part of cultural mythology, and occupy an important place in some religions. The Catholic Church has 10 exorcists in the United States. Even Mother Teresa underwent an exorcism at the direction of the archbishop of Calcutta.

No one can say with absolute certainty whether demons walk among us and occasionally take control of living beings, but science can offer a helpful window into exorcisms and what might cause a person to appear “demonically possessed.” The Diagnostic and Statistical Manual of Mental Disorders does not recognize demonic possession as a psychiatric issue. There is little doubt, however, about the influence of issues that are recognized by the DSM, and no one questions the power of suggestion.

What Causes the Appearance of Possession?
Historically, exorcisms have been used to treat a wide variety of symptoms that are now associated with mental issues. People with schizophrenia, personality issues, delusions, hallucinations, or severe depression might all have been considered candidates for exorcisms in generations past. Each of these issues can, in some cases, cause unusual or frightening behavior.

In a culture where many believe certain behaviors may be caused by demonic possession, the manifestations of mental health issues may conform to popular mythology. A person with schizophrenia might, for example, believe he or she hears the voice of Satan, or that he or she is in fact Satan, because he or she grew up amid culturally ingrained messages that this is possible.

Even in contemporary times, people with mental issues may be subject to exorcisms, particularly in devoutly religious communities and developing countries. Epilepsy, which can cause severe seizures, may lead to exorcism being performed. Substance abuse, head injuries, and brain tumors can also dramatically alter behavior, leading someone to appear possessed.

What Happens During an Exorcism?
Exorcisms tend to follow a predictable path. The apparent victim of possession’s behavior becomes increasingly erratic, perhaps even violent, until the exorcist casts the demonic spirit out. “Possessed” people may speak in tongues, vomit, become violently ill, or harm themselves. And while these behaviors might seem shocking, they can be easily explained.

Mental issues can cause strange behavior, and people tend to conform to expectations. This means a person experiencing an exorcism is more likely to act in ways he or she has heard of others behaving during exorcisms. Exorcisms sometimes also involve the use of potions, drugs, or fasting, each of which can induce violent illness and strange behavior. Starvation can affect brain function, and the stress of an exorcism may radically alter behavior.

Some exorcism advocates insist that exorcism works. And it very well may. People undergoing exorcisms may enter hypnotic trances, during which time they may be much more suggestible, which means their behavior may later change. The dramatic ritual of an exorcism can also be cathartic for some deeply religious people, and may inspire a change in behavior or personality.

Exorcisms As Abuse
Although every person has the right to practice his or her own religious beliefs, exorcisms sometimes become a form of abuse, and some mental health experts are concerned that they may replace competent psychiatric treatment for people with mental health issues.

Over the past decade, several people have died during exorcisms. A woman in Fort Wayne, Indiana, attempted to exorcise her son by forcing him to drink vinegar and olive oil, then held him down during an exorcism. The boy suffocated, and his mother was convicted of murder in 2011. A 3-year-old in Arizona was nearly choked to death by her grandfather, who was attempting to exorcise her; the grandfather was shot and killed by police.