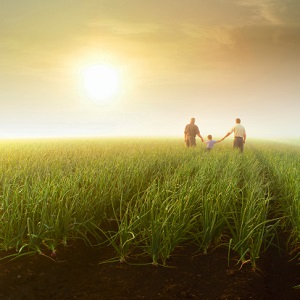 A false memory is any incident that a person clearly remembers but that either did not happen or did not happen the way the person remembers it. False memories have been the subject of much controversy in the fields of psychiatry and psychology.

The Creation of Memories

Many people think of memory as an exact recording of information, but memory is highly suggestible. For memories to be encoded into long-term memory, they must be frequently rehearsed. A number of factors can cause memories to be inaccurately coded. For example, when a parent repeats a memory to a child with a minor detail added, the child may remember the detail as having occurred, even when it did not. When we incorrectly recall information for a test, we are experiencing false memories. However, the best-known example of a false memory is a recovered memory.

Recovered memories are highly controversial. In the 1980s, several psychotherapists began attempting to help their clients recover repressed unconscious memories, particularly memories of abuse. These therapists believed that maladaptive present behavior might be caused by forgotten early childhood abuse, and frequently used hypnosis, suggestion, and other techniques to help clients “remember” these events. After clients recalled the abuse, they fervently believed that it occurred, even when there was strong evidence that it did not.

The most famous of these cases centered around the McMartin Preschool. Numerous children came forward with stories of sexual abuse, torture, and even sacrifice. All of the children were interviewed by the Children’s Institute International, which used several highly suggestive techniques to help these children recall memories of abuse. The case slowly began to fall apart, and there was little evidence that abuse actually occurred. The story was the subject of several documentaries, and is often pointed to as evidence of the danger of recovering “repressed” memories.

False memory syndrome is not recognized by the Diagnostic and Statistical Manual (DSM) as a diagnosis, but has been documented and examined in several scientific studies. The repressed memory phenomenon has waned in recent years, though some psychotherapists still believe that repressed memories can be recovered, and some still use techniques to help their clients recover these memories. In a few cases, clinicians have been sued for creating false memories in their clients.