Overcoming the Stigma of Sexual Assault: Know the Facts 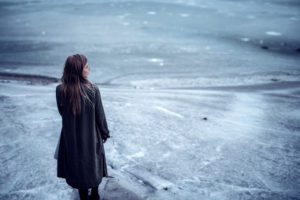 Sexual assault refers to a variety of crimes that use sex as a weapon. Sexual assault could include rape, incest, child molestation, groping strangers on the street, and other illegal acts.

People who survive sexual assault can experience mental health difficulties that last for years. Stigma can compound the pain of sexual assault, as a fear of stigma may deter survivors from seeking help or reaching out to others.

These 12 myths are among the most prevalent.

Myth #1: Rape, molestation, and sexual assault are rare, or they only happen to a certain type of person.

Fact: Sexual assault is very common and can happen to anyone.

All forms of sexual assault are more prevalent among women, girls, and transgender or nonbinary people. But men and boys are frequently assaulted too. Sexual assault is a widespread problem. Consider the following:

Myth #2: If a person didn’t verbally say no, it doesn’t count as rape.

Fact: Consent is not the absence of a ‘no.’ It is the presence of an informed and freely given ‘yes.’

An analogy to other crimes may help explain why the absence of “no” is not enough. Consider a carjacker who steals another person’s car at gunpoint. The theft victim doesn’t feel safe saying no, so they may “willingly” give up the car. Likewise, a thief who breaks into a house and takes a family’s possessions couldn’t reasonably argue the family consented to the theft because they didn’t verbally decline.

Rape and other forms of sexual assault are no different. This is why many advocacy organizations now talk about “affirmative consent” and “yes means yes.” Sex is not a presumptive right that can only be taken away with a “no.” It’s something a person must ask and receive permission for.

Multiple factors can make it difficult for a person to say no. These include:

Fact: Any forced or coerced sexual activity can be sexual assault.

Rape does not require vaginal penetration. Most sexual assault advocates urge victims and survivors of rape to weigh their own experiences rather than relying on a single definition. This is because state laws, federal definitions, and medical definitions vary.

Myth #4: A person can prevent sexual assault with certain behavior, such as avoiding strangers or never walking home alone.

Fact: People are more likely to be assaulted by people they know. The only way to prevent sexual assault is for perpetrators to stop assaulting people.

No data has found a link between any specific behavior and a reduced risk of rape or sexual assault. RAINN estimates that seven in 10 rapes are committed by someone known to the victim. Among child sexual abuse victims, abuse often occurs at the hands of a parent or family member.

The University of Kansas recently held an art exhibition called “What were you wearing?” The exhibit displayed the clothes people were wearing when they were raped. It aimed to dispel the myth that clothing—particularly “sexy” clothing—can trigger rape. A Teen Vogue photo spread also features clothing worn during a sexual assault.

Myth #5: It’s not sexual assault or rape if the assailant and victim are already in a relationship.

Fact: No one has a right to sex. Romantic status and prior consent do not erase the need for current consent.

A person who borrowed money from a friend would not expect to have unfettered access to that friend’s bank account. Nor would a person in a relationship believe that they have a right to everything their partner owns. The right to sex is no different. Consent must be freely given, and it can be taken away at any time—even if a person has previously consented to sex.

Consent must be freely given, and it can be taken away at any time. Someone may also remove consent during a sexual act. Everyone has a right to control their bodies and to avoid unwanted touch or penetration. If the other person doesn’t stop, it’s rape. (When the assailant and victim have a prior romantic relationship, it is called date rape.)

Legal definitions of rape vary. The law changes as social norms shift. Legal standards are not the final word on what is or is not rape. Nor do they determine how someone should feel about an abusive sexual act.

Nevertheless, marital rape has been banned in all 50 states since 1993. Married partners can be prosecuted for forced or coerced sex. Likewise, no state gives a person the right to have sex with someone they’ve had sex with before or with whom they are currently in a relationship.

A person does not have to penetrate another person for it to be rape. Women can overpower men and force them to have sex. They can use coercive methods, power imbalances, and weapons to extract sex. Women may also use so-called date rape drugs, including alcohol.

Data on male rape survivors is mixed and often contradictory. This is due in part to the stigma associated with being a man who has been raped. Some men worry that being raped makes them gay, weak, or less of a man. Stigma can prevent male survivors from seeking necessary help.

Further complicating matters is the fact that rape stigma may cause a report to be labeled false when it is merely unsubstantiated. If the assailant and victim’s testimonies clash, and there is no other evidence available, a police officer may assume any sexual activity was consensual and mark the report as false. Due to a backlog of rape kits across the nation, producing physical evidence can be difficult.

People who are raped or sexually assaulted may feel embarrassment or shame. These feelings can make a person reluctant to report the crime. Thus, many sexual assaults go unreported. According to RAINN, out of every 1,000 rapes:

In other words, less than 6% of rapes result in an arrest. Only 0.006% of rape survivors see their rapist incarcerated.

Myth #9: People claim they were sexually assaulted for attention, money, or other personal gain.

Fact: Most people who report a sexual assault face a wide range of personal consequences.

There’s little social status to be gained from reporting a sexual assault, especially one that didn’t happen. At every level of reporting, a survivor often encounters skepticism, victim-blaming, and rape myths. A survivor who sees their rapist prosecuted may have to answer intrusive questions about their sexual history or deal with badgering from a defense attorney. They may also have to cope with public fallout and scrutiny.

People who tell only friends and family about a sexual assault can also experience a lot of fallout. This may include:

These reactions can damage a person’s self-esteem and isolate them from a community. Without social support, a person’s trauma may take longer to heal.

Myth #10: It is impossible to get pregnant from rape.

Fact: A woman is just as likely to get pregnant from rape as she is from consensual intercourse.

Data on rape-related pregnancy rates are limited. This is because many women do not report their rapes. Some may feel that a non-consensual sexual experience “doesn’t count” as rape.

As with consensual intercourse, the odds of getting pregnant depend on many factors, including:

A 1996 study of American women estimated 32,101 pregnancies result from rape each year. For Americans, the overall pregnancy rate among rape victims was 5%. Meanwhile, a 1998 study of Ethiopian teens who were raped found a pregnancy rate of 17%.

Myth #10: If a rape really happened, the victim would report it immediately.

It can take many years for a victim to come to terms with their experience. Some do not want to accept that they were raped by a family member or loved one. Others fear personal or professional repercussions. In some cases, the rape or sexual assault occurred when the person was a child who was unable to safely report the abuse.

Sometimes a high-profile story or social movement encourages a survivor to report. For instance, women began coming forward about alleged assaults by Bill Cosby when other women shared similar stories. Standing alone, these women were often disregarded or ignored. When more than 60 women accused Cosby of assault and rape, it became more difficult to ignore them. A similar situation occurred regarding producer Harvey Weinstein.

The #metoo movement may have also encouraged some survivors to share their stories. When one person shares a story, it offers evidence that another survivor does not have to stand alone.

Myth #11: Rape has to be very violent or involve a weapon to ‘count.’

Fact: Rape can be coercive or occur under the influence of alcohol and drugs.

State laws vary, but no state requires the use of a weapon for an attack to qualify as rape. An assailant may overpower or threaten a victim. The victim could decide that fighting back is too dangerous.

Some victims feel their rape was comparably less “bad” than other rapes. Simply because a rape “could have been worse” does not mean it doesn’t count. A rape without a weapon can still warrant treatment or prosecution. All forms of sexual assault can be traumatic and have consequences that may last for many decades.

Fact: Bad sex can be disappointing, frustrating, and unpleasant. It is not traumatic. Rape is not just a variation of normal sex.

The effects of rape can be catastrophic. Victims may experience depression, anxiety, and posttraumatic stress (PTSD). Their relationships may suffer, particularly if loved ones do not believe or support them. They may feel humiliated and ashamed.

Some rape survivors live in fear of being raped again. This anxiety can be compounded by public scrutiny and harassment. Rape can affect a person’s career, relationships, and overall well-being.

Some victims experience physical injuries and sexually transmitted infections (STIs). Others might become pregnant. Managing these aftereffects can further compound the trauma of surviving a rape.

Therapy can support survivors recovering from sexual assault. A therapist can help someone cope with overwhelming emotions and talk to loved ones about their experiences. A therapist may also treat any mental health concerns that arose from the trauma. Therapy can be a safe place to receive support from someone who understands.