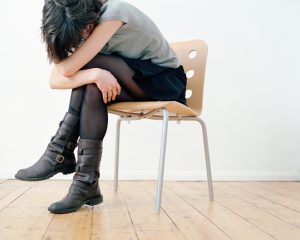 Victim blaming refers to a practice of questioning what a victim could have done differently in order to prevent a crime from happening, thus implying the fault of the crime lies with the victim rather than the perpetrator.

The term is often used in the context of rape and sexual assault, but it can also be applied to other crimes including theft, abduction, and murder.

What Is Victim Blaming?

A person who wonders how the victim of a crime could have behaved differently or made different choices to avoid being affected by a crime or other negative event or circumstance can be said to be engaging in some degree of victim blaming. Examples might include suggestions that an individual provoked an attack, got robbed because they traveled through a “bad” neighborhood, or somehow invited/allowed a sexual assault to happen by wearing provocative clothing or getting too intoxicated.

Victim blaming is sometimes more subtle than overt, and people may participate in it without intending to blame the victim and may not even realize that they are doing it. A person who hears about a crime and thinks, “I would have been more careful,” or “That will never happen to me,” for example, is blaming the victim on some level, often unintentionally. Even rape awareness education can be a form of victim blaming, as it often advises girls and young women on steps they can take to avoid sexual assault, thus implying those who are raped did not do enough to protect themselves.

The language a person uses can also cast blame on the victim, even when this is not a person’s intent. When people speak about crimes such as rape, domestic violence, or other abuse, they often use language that draws attention to the victim, not the perpetrator. This can have the effect of taking the focus away from the perpetrator and allowing people to instead wonder what the victim may or may not have done prior to the attack, often with harmful results.

Why Do People Blame Victims?

Victim blaming is a common reaction to crime. The idea that bad things can randomly happen to good people who do not deserve them is frightening to many, as it suggests that anyone could become a victim at any time. In order to protect against this fear, people may develop an idea of the world as a fair and just place, subscribing to a psychological phenomenon known as the just world hypothesis. This ideology allows people to believe the victim of a crime bears some degree of responsibility for that crime, an erroneous belief that nonetheless may often allow people to feel comforted, as they can then tell themselves, “If I’m careful, that will never happen to me.” In this way, victim blaming can be a form of self-protection.

The tendency to cast blame on victims of crime is not universal, and a number of factors increase the likelihood that it will occur, such as cultural context. In the United States, where people are largely taught that they control their own destiny, victim blaming may be more likely than in other parts of the world. Moral values also play a role in victim blaming: one study found that people who prioritized the good of the whole group rather than an individual’s rights and well-being tended to stigmatize victims and thus engage in victim blaming more frequently than those who placed a higher value on the rights of an individual.

How Can Victim Blaming Affect Survivors of Crime?

Many people who have been the victim of a crime experience some degree of self-blame and shame. Victim blaming can perpetuate those feelings of shame and also decrease the likelihood of a victim seeking help and support, due to fear of being further shamed or judged for their “role” in the crime or attack.

Being a victim of crime is likely to be traumatic in itself, but being blamed for the crime, even subtly or unconsciously, may lead a person to feel as if they are under attack once again and can lead to increased depression, anxiety, and posttraumatic stress.

Victim blaming may also prevent people from reporting the crime. Survivors of a crime may hesitate to report the issue, for fear of being blamed, judged, or not believed. This is often the case for people who have survived rape and other sexual assault, and some argue that victim blaming has contributed to a rape culture, or a society in which people make excuses for the perpetrator instead of supporting the victim.

In the recent Stanford University sexual assault trial, for example, the victim was criticized by many for having consumed alcohol while the perpetrator was lauded for his scholarly and athletic treatments. Advocates argue that the practice of victim blaming decreases the likelihood perpetrators will be brought to justice by focusing on their behavior rather than the behavior of the person who committed the assault or attack, in many cases effectively discouraging victims from speaking out. Survivors of a crime may hesitate to report the issue, for fear of being blamed, judged, or not believed. This is often the case for people who have survived rape and other sexual assault, and some argue that victim blaming has contributed to a rape culture, or a society in which people make excuses for the perpetrator instead of supporting the victim.

Therapy can provide a safe place for those who have survived sexual assault or other crimes to process their feelings, which is widely considered to be a crucial component of overcoming a traumatic event. A therapist can also provide validation and help the individual to understand and believe that their feelings are normal and acceptable. This may often facilitate the healing process. People who face judgmental attitudes from society may feel anger, frustration, or a sense of injustice, and therapists can also help them address these feelings.

Those who feel guilt and shame can address these feelings in a safe and non-judgmental space, and a therapist can help those who feel as if they were somehow at fault accept the fact that the only person at fault was the one who committed the crime. A therapist may also be able to help somebody who has been the victim of a crime access available resources, such as support groups, and provide guidance on how to break out of a cycle of self-blame.

How to Avoid Victim Blaming

When speaking with somebody who has been the victim of a crime, it may be helpful to avoid asking too many questions about the event to avoid giving an impression of blaming the victim. An individual who already feels ashamed may be more likely to interpret “why” questions as a kind of blame. Additionally, qualifying statements may be best avoided. Pointing out the victim’s behaviors can leave them feeling blamed and invalidated. Simply offering compassion to the survivor of a crime and listening to what they have to say without offering judgments or interpretations of the event may be the best way to show support.

It may be helpful to remember that no matter what an individual affected by crime did or did not do, a crime is always the fault of the perpetrator, not the victim. Regardless of how a victim acted, the perpetrator of the crime is the only one who should be held responsible for that crime.

Challenging statements others make that condone the blaming of victims or perpetuate an ideology that crimes can be avoided if a person only behaves in a certain way is also likely to be helpful in making others aware of victim blaming. People may not realize their attitude toward an event is one that makes it seem as if a victim is at fault, and a greater awareness of this may help both prevent it and generate greater support and justice for survivors of sexual assault, abuse, and other crimes.