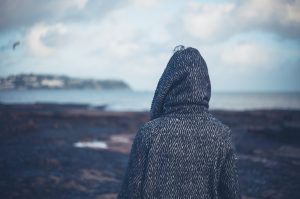 Date rape describes a form of sexual assault that occurs when the perpetrator has an established social or romantic relationship with the victim. Date rape may involve forced or coerced sexual activity or take place when an individual cannot give consent to sexual activity.

Like other types of rape, date rape may be motivated by a desire for power or control and/or by an individual’s feeling that sex is owed to them.

Approximately two thirds of sexual assault victims know the person who raped them. Date rape, also called acquaintance rape, refers specifically to these instances of sexual assault, where the rapist knows the victim casually, socially, or intimately. Though date rape may be less likely to involve violence than other types of rape, it is still a felony offense.

Because date rape happens between two people who know each other, who may have some sort of romantic or dating history, the assault may be more likely to involve coercion than force. An aggressor may pressure the victim for sex, continuing to press the issue until the victim “gives in,” or simply not take “no” for an answer but proceed from consensual kissing and touching to sexual activity that has not been consented to. Campaigns to end acquaintance rape emphasize the importance of all involved parties giving consent—with the understanding that consent can be withdrawn at any time—before sexual activity takes place.

Date rape can also occur when a person is unable to give consent, due to intoxication or unconsciousness. Date rape drugs may be used to intoxicate an individual to the degree that they pass out or do not protest sexual activity. These substances are typically odorless and have no taste and thus may be put into a drink without the individual noticing. Examples of date rape drugs include rohypnol and GHB. Alcohol may also intoxicate a person to the point where sexual activity cannot be consented to.

Acquaintance rape, especially when it occurs in the context of a romantic relationship, can be difficult to prove, as cases often depend on conflicting statements of attacker and victim. Many survivors are disheartened by this and choose to remain silent about the rape, rather than face judgment, shame, disbelief, or victim blaming. Awareness efforts urge the importance of believing those individuals who do come forward and supporting them whether or not they choose to press charges or publicly accuse the attacker.

Although the exact statistics on rape are hard to determine, due to the crime often going unreported, it is estimated that approximately 20% of women are raped in their lifetimes. Almost half of all women report experiencing some type of sexual violence. Female college students are an especially vulnerable population: as many as 25% report experiencing rape or attempted rape. In most of those cases (84%), the victim knew the assailant, and 57% of those incidents occurred on a date.

Statistics show women are most often the victims of rape, but any person may be sexually assaulted, regardless of gender. In the past, many laws concerning sexual assault defined rape as “forcible penetration,” limiting what types of sexual assault could be called “rape.” These laws not only prevented some types of molestation from being described as rape, but also were heteronormative in nature, preventing some sexual assault of lesbian, gay, bisexual, queer, trans, or intersex individuals from being correctly defined as rape.

However, in recognition of both the existence of a wider range of gender identities and sexual orientations than “male or female” and “gay or straight,” and the fact that any unwanted sexual contact constitutes rape, many of these laws are changing, and many campaigns give special emphasis to the high numbers of LGBTQ+ individuals who experience sexual assault, especially from an intimate partner.

Awareness to increase recognition of and support for male victims of rape have led to higher numbers of male rape victims sharing their stories. Some individuals may believe it is not possible for a man to be raped, but this is not the case. According to statistics from the National Sexual Violence Resource Center, 9% of all rape victims are male, one in 71 men will experience rape in their lifetime, and one in 45 have been made to penetrate a partner.

Rape culture, which can be described as a societal attitude that normalizes sexual assault and blames victims for attacks, may help contribute to the erroneous belief that a person who was raped did not try hard enough to prevent it. Date rape prevention education often furthers this notion by largely focusing on teaching individuals what they should do to avoid an assault, rather than focusing on providing education to prevent individuals from becoming perpetrators of date rape. For example, people are often told to never leave their drink unattended, to avoid getting overly intoxicated while on a date or at a party, to take self-defense training, and to follow a number of other steps in order to make sure they are always aware of their surroundings.

While these tips may be empowering and useful to many, they may not always be effective at preventing rape, and they may give the implication, “If you are assaulted, you weren’t careful enough.” Further, they may be less helpful for preventing an assault from an intimate partner. Many advocates point out the unfairness in placing the responsibility for rape prevention on the potential victim, arguing that while general safety precautions are recommended to all individuals, expecting women in particular to restrict and limit their behavior in order to help perpetrators avoid “losing control” is a harmful idea not likely to produce societal change.

Advocates instead urge for date rape prevention education that asserts the importance of enthusiastic consent and discusses the many ways in which consent (especially consent in a long-term relationship), may be given, modified, or withdrawn. In addition, campaigns work to make people aware that intoxicated people cannot give consent. By doing so, these campaigns hope to alter the implication that rape is inevitable and instead prevent it by helping people realize what actions do, in fact, constitute rape.

The Importance of Consent

Any sexual activity that occurs without consent is still rape, regardless of the circumstances surrounding it or the absence of force or violence. Many individuals who have committed date rape—and many who have experienced date rape—may not realize that rape took place. Understanding the meaning of consent, and how it can be given and taken back, is essential for individuals who hope to engage in sexual activity with others.

Consent means an individual agrees to sexual activity with another person, and it is given freely, without fear or coercion, and can be withdrawn at any point.

Consent means an individual agrees to sexual activity with another person, and it is given freely, without fear or coercion, and can be withdrawn at any point.  A person who has been threatened or otherwise frightened into giving the aggressor permission to engage in sexual activity, for example, has not actually consented. Further, consent to one activity does not mean consent has been given for all activities. A person may consent to kissing, touching, or oral sex, for example, and still not want to engage in penetrative sex. Sexual partners are encouraged to obtain explicit consent for each new activity and avoid making assumptions.

Many campaigns have also stated it is imperative that people realize consent cannot be implied or given by a person’s attire, flirtatious behavior, a prior sexual relationship, a current sexual relationship, or any other factors. If an individual is unsure whether their partner wants to engage in sexual activity, it is essential to seek clarification before initiating or continuing sexual activity.

The Effects of Date Rape

Individuals who have been raped often experience emotional concerns in addition to the risk of physical effects such as sexually transmitted infections, bodily harm, and pregnancy. A person who has experienced date rape may experience confusion, shame, or fear, for example. Some survivors may think others will blame them for the assault or fear no one will believe them if they report the assault. Others may take responsibility for the behavior of the perpetrator, although rape is never the victim’s fault, or even question whether what happened was actually rape, in the event that they had agreed to some type of romantic interaction or sexual activity.

Friends and family may, sometimes with good intentions, confirm these doubts or lead victims to doubt themselves further. As a result, individuals may become unsure who they can trust and experience loneliness and isolation. In the event that the attacker was a friend or romantic partner, victims may come to doubt and fear other friends and potential partners, and they may also have difficulty trusting others in the future.

Survivors of rape are also likely to develop symptoms of posttraumatic stress, which may include nightmares, flashbacks, difficulty sleeping, and anxiety. Other concerns may include physical issues such as pain or injury from the assault, psychosomatic pain, digestive issues, physical tension, and fatigue.

How to Get Help

People who have experienced date rape, or any other type of rape, are urged to seek help and support. Health care professionals recommended an individual undergo a medical exam immediately after the incident occurs, without first showering or changing clothes. A medical professional can test for the presence of date rape drugs, offer contraceptive options to prevent pregnancy, provide testing for STIs, and treat any injuries that may have occurred. They can also put survivors in contact with mental health practitioners and other helping professionals.

Seeking support from a trusted friend or family member, mental health professional, or emergency resource such as a crisis or rape support hotline such as RAINN, is widely considered to be an essential aspect of the recovery process. Ongoing therapy may be beneficial if the individual experiences posttraumatic stress symptoms, or other mental health issues, as a result of being raped.

Some individuals choose to report date rape or other sexual assault to the police. The choice is a personal and individual decision, but some people choose legal action in order to regain a sense of control over their lives, prevent the perpetrator from committing the crime again, and obtain a sense of justice. Individuals who wish to report can do so by calling 911, contacting their local police department, or informing a medical professional that they wish to report the rape.