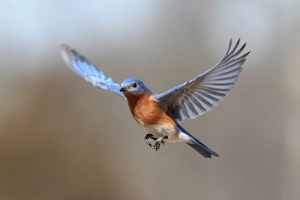 The fight or flight response is a biochemical reaction in both humans and non-human animals that enables them to rapidly produce sufficient energy to flee or fight in a threatening situation.

Physiology of Fight or Flight

The fight or flight response is a biological reaction originally discovered by Walter Cannon. The response does not have to be taught, and so long as a person’s body is functioning relatively normally, he or she can have the fight or flight response. When presented with an immediate stressor, the body releases adrenaline, noradrenaline, and cortisol. The heart rate elevates and blood is directed away from the organs and toward the arms and legs to enable fighting or fleeing. Less energy is expended on functions such as thought and immunity because all of the body’s capabilities are mobilized to respond to stress.

Fight or Flight in Contemporary Society

The fight or flight response plays a vital role in survival. When you watch a gazelle being chased by a lion on television, you are witnessing an animal experiencing this biochemical reaction. Without the response, the gazelle would not have the energy to flee and would certainly die. Similarly, this response can protect humans from attackers, help them escape natural disasters, and ensure that the body is mobilized when other threats are present.

However, the flight or fight response can cause psychological and physiological problems in contemporary society. Modern humans are exposed to high stress levels that are often not remedied either by fighting or fleeing. The stresses of job insecurity, a bad economy, political instability, marital conflict, and numerous other issues can repeatedly activate the fight or flight response. When this response is chronically activated, people can suffer from decreased immunity and other health problems. The response can also contribute to mental health problems such as depression, chronic anxiety, and posttraumatic stress (PTSD). People experiencing PTSD, for example, are stuck in a permanent fight or flight state that can inhibit their ability to deal with normal stress and daily life. Mental health professionals frequently work to help people reprogram their reactions to stress, and in some cases psychoactive drugs can help the body to not automatically go into crisis mode when presented with a stressor.