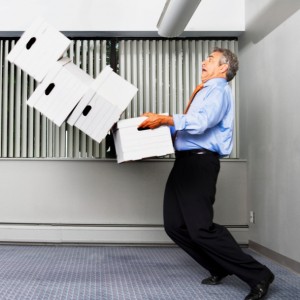 Embarrassment can be described as an uncomfortable and often intense public emotion that may be characterized by feelings of exposure, awkwardness, or regret.

Embarrassment typically occurs following an accidental failure to meet accepted social standards. Forgetting a person’s name, accidental exposure of one’s private thoughts, and falling down in public might all lead a person to become embarrassed. These social “failures” can lead to negative self-evaluation and may have the effect of causing those who have experienced embarrassment to believe that others no longer regard them as highly.

Linked to self-consciousness, embarrassment is a sense of internal discomfort that can develop from both negative and positive situations. For example, an individual who is told he or she is attractive may become self-conscious or feel publicly exposed, which can lead to embarrassment.

Embarrassment can have an adverse effect on a person’s thoughts and behaviors. In cases of extreme embarrassment, a person may come to experience anxiety or panic when thinking of the incident. Some experts believe embarrassment can contribute to social order, as it can serve as a form of public acknowledgement that one is aware of a social error and may help one avoid making the same mistake in the future.

Though some may consider shame and embarrassment to be similar, feelings of shame are often more intense, likely to be linked with moral issues, and are commonly experienced in solitude. Embarrassment is not often experienced outside of a social context and may fade more easily than shame. Research also shows that individuals who do not try to hide their embarrassment or who are able to laugh at their own mistakes tend to be more liked, trusted, and socially accepted.

A single embarrassing event may detract from a person’s confidence and self-worth. Some people who experience public humiliation may mentally replay the event over and over, feeling a renewed sense of embarrassment each time. The “spotlight effect,” or an overestimation of the extent to which one’s error was noticed by others, may also increase one’s sense of embarrassment or prevent it from fading.

Significant or repeated instances of embarrassment may be a contributing factor in the development of health concerns such as anxiety or depression. Chronic negative thought patterns and a lowered sense of self-worth could also potentially lead to concerns such as disordered eating, social isolation, acts of self-harm, and in some cases, thoughts of suicide.

Embarrassment can easily become a barrier to mental health treatment. People with mental health challenges may isolate themselves socially out of fear of embarrassment rather than let others know about the issues they are coping with. Embarrassment and fear of disclosing one’s concerns may also prevent some from seeking treatment, and this can often cause a mental health condition to worsen.

People who have a strong fear of being embarrassed or who find it difficult to stop revisiting previous embarrassing incidents may find these feelings interfere with everyday activities and normal functioning. Therapy can often help address these issues and help individuals get past their fear of embarrassment.

Cognitive behavioral therapy (CBT) can be an effective way for some to explore and adjust thought patterns or behaviors that lead to embarrassment or prevent them from overcoming embarrassment. This type of therapy can also help one modify one’s reactions to embarrassing situations. Social skills training and practice, which can also take place in therapy, may help some individuals cope with embarrassment and its effects.

Though it may be difficult for some to move past embarrassment, realizing all people make mistakes in public at some time or another can be helpful. Realizing a particular incident is likely not as significant, or noticed by as many people, as one imagines it to be may also help some to overcome any embarrassment felt after a social mistake. Looking back at an incident with humor can also be beneficial, as this outlook can often lessen the negative feelings resulting from an event.