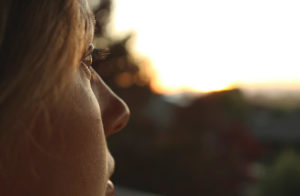 Even people without an extensive knowledge of mental health concerns have likely heard of narcissistic personality disorder (NPD), or narcissism, as it’s commonly called. The term “narcissist” is often used casually to refer to people who don’t necessarily have a diagnosis of narcissism if they appear to have some narcissistic traits, such as grandiose delusions, low empathy, arrogance, and a need for admiration.

Portrayals of characters with narcissism in movies and television have also increased the condition’s notoriety. While depicting characters with mental health issues in the media can help increase awareness, it can also create problems. In the case of narcissism, much of what’s seen in popular culture rests heavily on stereotypes associated with grandiose and malignant narcissism. If people with narcissism aren’t portrayed as outright villains, they’re typically portrayed as toxic or harmful individuals.

If you’ve had a close relationship with someone who has NPD, you might agree that many of these stereotyped traits have truth to them. Still, it’s important to recognize that NPD can occur in varying degrees of severity, occurs on a spectrum, and can present in different ways. As a result, you may not always recognize someone has narcissism, especially if they live with a less-known subtype such as covert (vulnerable) narcissism.

Covert vs. Overt Narcissism

Covert narcissism is also known as shy, vulnerable, or closet narcissism. People with this subtype tend not to outwardly demonstrate arrogance or entitlement. Instead, they might put themselves down and seem anxious about what others think of them, rather than exuding charm or confidence. Other people may describe them as quiet and sensitive, especially to criticism.

Similarities between subtypes may become more evident with closer exploration of symptoms and feelings. People with overt narcissism generally seek attention outwardly and put themselves forward as superior. They might show patterns of exploitative or manipulative behavior that relate to a personal sense of entitlement and need for recognition.

Covert narcissism often involves a more internalized experience. People with these traits still feel unappreciated, need admiration, have contempt for those they consider inferior, and believe they should get special treatment. But instead of displaying outward grandiosity, they may privately fantasize about having their special qualities recognized or getting revenge on people they believe have slighted or wronged them in some way.

Not every person with some or all of the listed traits will have any type of NPD, but the following characteristics may help identify covert narcissism in people who meet criteria for NPD.

Narcissistic traits usually show up in all of a person’s relationships and interactions, but they might manifest in slightly different ways depending on the situation.

Recognizing covert narcissism in a loved one may be more difficult than recognizing grandiose or malignant narcissism. Some people living with narcissism may function well in society and maintain romantic relationships without causing their partner distress. But it’s very common for partners of people with NPD, especially untreated NPD, to experience gaslighting, neglect, and manipulation.

Some common experiences include:

Covert narcissism involves a high level of sensitivity, so your partner might take things you say as criticism, rejection, or personal attack. They might act as if you bore them and show disinterest in your emotions and experiences. It’s important to reach out to a therapist if you feel manipulated, neglected, or otherwise distressed as a result of your partner’s actions. Couples counseling may help in some instances, but it won’t work unless your partner wants to change. Individual therapy, however, can help you get support.

According to 2015 research looking at the diagnostic and clinical challenges associated with narcissism, people often seek treatment for co-occurring mental health conditions rather than narcissism itself.

Treating narcissism can be difficult, since many people living with the condition never seek or want help. The stigma associated with narcissism can make it even more difficult to get help. Receiving messages like “narcissists are evil” and “narcissists can’t change” may discourage even those who do want to seek help from trying.

Like other personality disorders, narcissism involves a long-standing pattern of emotions and behavior that may not seem unusual to someone living with the condition. Because of this, people who have covert narcissism, or any NPD subtype, will probably seek treatment for a co-occurring mental health issue. A therapist who recognizes traits of narcissism may then be able to help a willing individual begin working to change problematic patterns of behavior.

Some therapies show particular promise in helping address NPD. Schema therapy and psychodynamic therapy are two approaches considered most helpful. Therapists who offer compassion, validation for negative emotional experiences, and empathy for distress may be able to help clients uncover reasons for their vulnerability and address problematic behaviors, which may lead to change. People with covert narcissism may do better in therapy than those with malignant narcissism, which is often characterized by manipulative and sadistic behavior.

It’s generally accepted in the mental health field that people who want to change can improve if they seek support and are willing to make an effort. If you’d like to seek support for yourself or a loved one, begin looking for a compassionate counselor at GoodTherapy today.