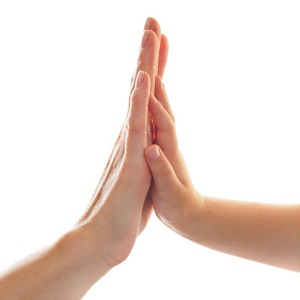 Empathy is the ability to recognize and relate to other people’s emotions and thoughts. Empathic thinking is often characterized as the willingness and ability to place oneself in another person’s situation, to feel another person’s feelings, or to recognize that another person might experience feelings in the same way as oneself. Empathy on the part of the therapist for those in therapy is also an important characteristic of therapeutic relationships.

Empathy is distinct from sympathy, which is the ability to care about and acknowledge another person’s feelings. It is also distinct from compassion, a trait that combines elements of both empathy and sympathy. Empathy enables compassion as well as acts of charity but is not a necessary prerequisite for either; people may behave kindly for a number of reasons, many of which are not related to empathy.

Altruism, or unselfish behavior that benefits others, is closely related to empathy. Altruistic acts generally indicate that a person experiences a high level of compassion for others. Studies show that many animals other than humans, such as primates and bears, are capable of altruistic behavior.

People who score high on measures of empathy generally report larger social circles and more satisfying relationships, as empathy plays a pivotal role in personal relationships: Couples in counseling are frequently advised to work on developing empathy for one another. Empathy is not only essential  in relating to loved ones but also in anticipating motives, persuading others, and working successfully with colleagues and employers.

Lack of empathy plays an important role in several mental health conditions, particularly antisocial personality, which causes a long-term pattern of exploitation, sociopathic behavior, and violation of the rights of others. A diagnosis of certain mental health conditions, such as narcissistic personality, may also indicate a lack of empathy or difficulty feeling or expressing it.

Role of Empathy in Therapy

Empathy is considered essential to therapy because for any therapeutic tactic to work, the therapist has to make the person in treatment feel understood. To do this, the therapist must not only understand what a person says in a therapy session but also understand what the person is not saying and communicate this understanding. Therapists who are highly empathic can help people in treatment face past experiences and obtain a greater understanding of both the experience and feelings surrounding it.

Empathy is different from sympathy, which can imply pity, and conveying empathy is also not a passive process. A good therapist will generally be able to sense another person’s emotion through concentration and active listening, but the process requires continued engagement. Because empathy can be expressed in many ways, especially in therapy, there is no “right” way for a therapist to demonstrate understanding and acceptance to those in treatment.

Several scales have been developed to measure empathy. The Empathy Quotient test, for example, can measure how easily one picks up on the feelings of others and how much one is affected by those feelings. This test shows that women typically have greater empathy than men, and that those with Asperger’s or high-functioning autism typically demonstrate a lower capacity for empathy.

Another test, Carkhuff’s five-point scale, can be applied to all human relations, but it is effective at measuring the use of empathy by therapists in session. It is based on observable behavior and attempts to eliminate the ambiguity of previous scales.

Empathy is probably, to some extent, an evolved trait. It allows humans to be able to be able to reach out to others emotionally from a young age but also to understand the situations of others. Empathy likely evolved, according to researchers, out of the necessity to be aware of the needs of the young, but also out of the knowledge that when the group does well, the individual does well.

Researchers believe that empathy develops early in childhood, as even young infants react to the distress of others. Studies show that when parents discipline children by pointing out how their behavior has affected another, the children may then become more empathic. Empathy can also be affected by being around strangers, studies have found. Being around strangers leads to increased levels of stress, which appears to affect a person’s ability to feel the pain of another. However, doing an activity with strangers, such as playing a game, can lead to a reduction in stress and an increase in empathy.

Several studies have indicated that animals are capable of empathetic reactions. The ability to feel empathy can be a survival strategy, as it enables an animal to anticipate reactions and to form social bonds, which may have a protective effect in an unstable environment.

Many kinds of apes show empathy. Chimpanzees are very attuned to the emotions of others, so much that humans studying them can use displays of emotion, such as feigned sadness, to cause a disobedient chimp to behave. Orangutans and gorillas care for each other, especially for family members, and react to the emotions of others. Some apes will avoid taking a treat if doing so causes another ape to receive a painful shock. This altruistic behavior demonstrates the empathy primates have for other members of their species.

Other animals that show empathy include rodents: Rats refused to pull a lever to shock littermates, even if they were only fed after doing so, and mice grimace when mice they have shared a cage with are in pain. Elephants and some birds, such as crows, ravens, and jays, have all been known to show empathy to other members of their species, as well. Dogs and cats also demonstrate empathy, both toward humans and other animals.

The “Cost of Caring”

Recent research shows that some people may be affected more than others by negative life events experienced by other people. This “cost of caring” suggests that too much empathy can occasionally lead to emotional distress. According to a 2013 study, highly empathetic women who saw on social media that a close friend or family member was injured, hospitalized, demoted, or mourning a loss experienced a stress level that was 5-14% higher than that of other women. Men with high levels of empathy who saw that a friend or family member was demoted or accused of a crime experienced a stress level 9-15% higher than that of other men.

Because highly empathetic people may be more affected by the distress of family, friends, and others in their care and become overwhelmed as a result, maintaining a self-care routine and establishing emotional boundaries can be helpful in preventing any negative effects that taking on the stress of others may have on mental health.