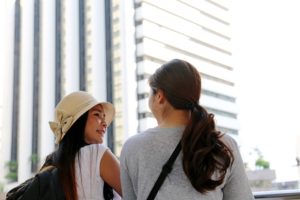 Named for the fact that it contains both passive and aggressive behavior, passive aggression is communication or behavior that seems neutral or even charitable but that has a subtle underpinning of aggression. When people display passive-aggressive behavior, they are often attempting to criticize, stop, or alter the behavior of another person without making either a direct request or an aggressive gesture.

What Is Passive Aggression?

The term “passive-aggressive” was first widely used by the United States War Department in 1945 at the end of World War II. It was used to describe soldiers who passively refused to obey orders by working inefficiently, procrastinating, and sulking.

Passive aggression can take many forms and crop up between partners, roommates, friends, and coworkers. It’s not always easy to tell if someone is being passive-aggressive, as the behavior can be subtle. Other times, however, a passive-aggressive behavior might be easy to recognize.

Some passive-aggressive traits include:

Why Are People Passive-Aggressive?

While passive aggression can be used as a coping mechanism, it is not a healthy one. Others may react with hostility when confronted with someone who is passive-aggressive, and this reaction can compound issues and increase tension in a relationship.

Is Passive Aggression a Disorder?

Passive aggression takes many forms. A few examples of this behavior include:

While passive-aggressive behaviors are not constructive, the feelings behind them are most often valid. It can be helpful for those who lean on passive aggression due to fear of confrontation to face this fear and explore their feelings with a therapist who can help them find healthier outlets.

If passive-aggressive behavior is negatively impacting a relationship with a loved one, bringing the issue to couples or family therapy may be a helpful first step to confronting any root issues in a compassionate way.

How to Deal with Passive Aggression

Whether the person is a loved one or an acquaintance, even a little passive aggression can sour relations. After prolonged exposure, the very thought of a passive-aggressive person may be enough to cause stress. Here are some tips for dealing with someone who uses passive-aggressive tactics:

Passive aggression isn’t always clear-cut, and although the behavior is often rooted in insecurity, it is not a healthy way to behave. Anyone who is worried they might be leaning on passive aggression to feel safe may find that therapy can help them address their fears and learn how to assert themselves constructively.