A sensitivity to criticism may lead an individual to be negatively impacted by any criticism, even when that criticism is constructive and intended to be helpful. Criticism can sting in any situation, whether the individual criticized believes in the truth of critical comments or knows such comments to be false. Many individuals are able to consider and integrate helpful criticism and experience no lasting effect from it. Experiencing anxiety, depression, anger, shame, or extreme defensiveness when faced with criticism may indicate a high level of sensitivity. When one finds it difficult to cope with criticism or finds oneself constantly revisiting an instance of criticism, it may be helpful to address this sensitivity with a therapist or other mental health professional.

How Does Sensitivity to Criticism Develop?

In the event of criticism, hurt feelings often may be unavoidable. Often a person who is criticized by another can consider what was said and separate the truth in the critique from any personal remarks that may be included in the criticism. Some individuals may be more sensitive to criticism than others, however, for a number of reasons.

When a parent has overly high expectations of a child or protects a child from any disappointment or criticism, this may lead the child to become more sensitive to criticism.

Certain childhood experiences may lead to greater sensitivity. A child who received constant harsh criticism or consistently mixed messages from parents and caretakers, who had difficulty getting along with peers, who did not receive positive reinforcement for accomplishments, or whose sense of competence and confidence was not fostered or allowed to flourish is likely to have difficulty receiving and processing criticism in a healthy manner. Further, when a parent has unrealistically high expectations of a child or protects a child from any disappointment or criticism, this may lead the child to become more sensitive to criticism.

A cognitive bias that leads individuals to interpret ambiguous information in a negative way may also contribute to a person’s sensitivity to criticism.

The Impact of Criticism

A sensitivity to criticism describes not only one’s reaction to critical feedback, but also one’s ability to understand and interpret criticism. A person who experiences a greater sensitivity to criticism may both be more likely to experience a decrease in motivation and performance level and to avoid further opportunities for constructive criticism as a result. Criticism can be helpful in many cases. A peer or supervisor may provide feedback in order to help another improve performance or work more effectively. A friend, mentor, or other trusted individual may also offer criticism in a manner that is intended to be both positive and beneficial.

Criticism that someone interprets as harsh, hostile, or excessive may have a negative impact on well-being. One study found that individuals coping with mental health conditions such as depression, bipolar, schizophrenia, and agoraphobia, among others, who also believed their loved ones to be highly critical of them, were often more likely to experience setbacks in treatment, have relapses, and face poorer outcomes overall. Researchers believed some individuals were more sensitive to criticism than others due to a cognitive bias that led them to interpret ambiguous information negatively, rather than in a neutral or positive manner. Criticism from those who a person is close to, however, may influence the amount of attention a person pays to signs of negative emotions, effectively contributing to the development of a negative cognitive bias.

At times, criticism may be negative or hurtful, and criticism that is intended as a personal attack can be harmful to well-being. When criticism is excessively harsh, it may be considered a form of bullying. It may be difficult to cope with unjustified or angry criticism, and consistently harsh criticism may also lead an individual to develop a higher sensitivity to criticism. Considering this type of criticism carefully may help an individual isolate any truth in the critique from language that may be painful, unfair, or otherwise difficult to hear.

When children are criticized extensively by their parents, they may begin to think there is something wrong with them. Parents who consistently give negative messages to children such as, "What is wrong with you?", "What were you thinking?", or "How could you do that?" may lead children to develop a negative view of their own abilities and thus come to avoid anything in which they feel they might fail. This view may have a harmful effect later in life, as individuals may develop the viewpoint that they are unintelligent, unskilled, incapable, or unworthy of love.

Issues Correlated with Sensitivity to Criticism

Gordon Atlas, psychology professor and researcher, developed a scale to measure sensitivity out of his research exploring responses to criticism. Tests of the scale indicate that it may be a useful tool to measure both the origins of one's sensitivity to criticism and potential consequences of a high level of sensitivity.

According to research, high scores on Atlas' Sensitivity to Criticism scale were often associated with higher levels of depression, pessimism, and neuroticism. Those who are sensitive to criticism may be more likely to fear negative evaluations and have lower self-esteem. A sensitivity to criticism does not constitute a mental health condition, however, and an individual who is sensitive to criticism is not necessarily affected by mental health concerns as a result of this sensitivity.

A high sensitivity to criticism may manifest into a tendency to be critical of others, and an individual who has received critique from another may experience the desire to dismiss the criticism or retaliate. When it proves difficult to cope with criticism, a therapist can help an individual explore and cultivate healthy ways to respond to criticism.

Because criticism—when offered in a helpful or constructive way—can often be beneficial and help an individual achieve improvement in many areas of life, acknowledging and incorporating criticism can be an important part of one's professional and personal life. A therapist can help an individual become better able to accept criticism without becoming overwhelmed by or ashamed of any personal mistakes or errors. 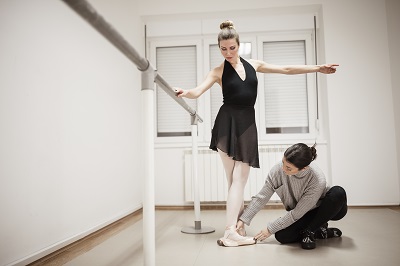 Criticism can often be difficult to accept. It may be offered when it is not wanted or expected, which may facilitate a defensive reaction that is generally unhelpful in any circumstance. Even when an individual requests feedback, the criticism received may not be what was expected, and it may be difficult for some to accept the critique without feeling it is an unwarranted or personal attack.

When receiving criticism or considering a critique, it may be helpful to: