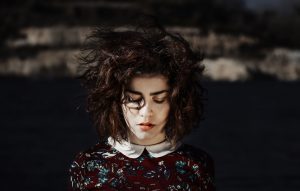 Editor's Note: We at GoodTherapy.org avoid using the term "disorder" to describe mental health conditions. Here, to avoid confusion, we have chosen to use the word in reference to personality disorders that can be diagnosed according to criteria in the Diagnostic and Statistical Manual of Mental Disorders. Read more about GoodTherapy.org's position on the word "disorder" here:

A personality disorder is a long-standing pattern of maladaptive thoughts and behaviors that usually develops in adolescence or early adulthood. Often described by those who experience them as rigid, pervasive, and distressing, this type of emotional disturbance is likely to cause significant impairment in a person's life when left untreated. The behavior and thinking patterns that characterize personality disorders typically fall outside cultural norms.

Some believe personality disorders are not treatable, and an abundance of misunderstanding about this type of mental health concern only helps increase the stigma surrounding it. With the help of a compassionate, qualified therapist or counselor, and the desire of the person in therapy to seek help and participate in treatment, people can often learn to manage their emotions, communication, relational patterns, and other characteristics of the particular issue affecting them.

In order to be diagnosed with a personality disorder, a person seeking help must display the pattern of thinking and behavior characteristic of that condition, across multiple contexts and for a specific period of time. This pattern is often consistent throughout life, which separates a personality disorder diagnosis from diagnoses such as anxiety or depression. Traits indicating the presence of an emotional concern or disturbance must be distinct from specific situational stressors or other mental health issues, although it is often the case that conditions co-occur.

Cluster A personality disorders, which involve odd or eccentric features, include the following:

Cluster B personality disorders are those characterized by behaviors often perceived as dramatic, overly emotional, and erratic. Cluster B consists of:

How Do Personality Disorders Develop?

Research suggests that genetics, childhood trauma, and early experiences can play a role in the development of a personality disorder. Although the exact role of genetics is not known, experts believe certain personality traits can be passed on by parents through inherited genes. One study found that a malfunctioning gene may contribute to obsessive-compulsive personality. People who have been diagnosed with a personality disorder are more likely to report experiencing childhood trauma. Children exposed to verbal abuse from their parents, for example, were three times more likely to be diagnosed with borderline, narcissistic, obsessive-compulsive, or paranoid personality.

Since they were first recognized, stigma has surrounded personality disorders. In 1915, subtypes described by scientists included liars, swindlers, and quarrelsome individuals. There is a myth that individuals who have been diagnosed with a personality disorder do not actually have a mental health issue but are choosing to act a certain way because they are evil or toxic. Some people believe these issues are permanent and do not improve with treatment. Even treatment providers can share these attitudes toward people with personality disorders, even those they are currently working with.

In reality, having any mental health condition may cause a person significant distress, and personality disorders are no different. Having a personality disorder is no more a choice than having depression or anxiety, and those who experience these issues are not evil, although the characteristics of their particular concern may make their relationships challenging at times.

Some personality disorders are known to have traits, such as a lack of empathy, that are likely to have negative impact on the people close to the person who has been diagnosed. In particular, people who have narcissism or antisocial personality may act in ways that are hurtful to others. While GoodTherapy.org's position is that any person who chooses to seek help and is willing to participate in treatment can be helped, it is often the case that people with narcissism or antisocial personality do not seek help from a mental health professional. Stigma and other concerns may serve as barriers to treatment, as well, even when a person is willing to seek help. Interventions for antisocial personality typically involve attempting to reduce offending behavior and may do little to address the symptoms experienced. If the condition is not accurately diagnosed, or a person who has antisocial personality does not participate in criminal activity, it may be even more difficult for them to recognize the issue and seek help.

A personality disorder can affect many aspects of a person's life, including cognition, emotional experience, and occupational functioning. The effects generally vary depending on a person's diagnosis (and are likely to differ even between people diagnosed with the same issue), yet all involve some degree of interpersonal difficulty.

People with avoidant personality may experience trouble at work due to their fear of rejection, for example, while people who have antisocial personality may be more likely to experience legal troubles due to a tendency to disregard social norms.

It is generally known that personality disorders are often difficult to treat. Not all mental health care providers choose to work with people who have personality disorders, and some may not have certified training in modes of therapy, such as dialectical behavior therapy, known to be most effective for some types of personality disorders. Not only are traits associated with personality disorders long-standing, they often appear in many or most areas of a person's life and daily function, hindering interpersonal relations and potentially school, work, or other daily norms. All of these factors can become barriers to treatment. People with a personality disorder, because of these or other reasons, may not seek treatment or may end treatment becore they would be considered ready to do so by a therapist or counselor .

Emerging research does suggest treatment for personality disorders can be effective, though most of the research has been done on borderline personality. Studies have found that DBT, developed and pioneered by Marsha Linehan, is the most effective treatment for that diagnosis and often yields significant results.

Medication is another option. A psychiatrist may prescribe a medication in the case of pervasive or especially affecting symptoms. Though no medication approved for the treatment of any one particular diagnosis, medications can treat certain symptoms of personality disorders, such as depression or anxiety. For severe cases, treatment might also include hospitalization or a residential program.