Trust in the Process: Sitting with Not Knowing in Therapy 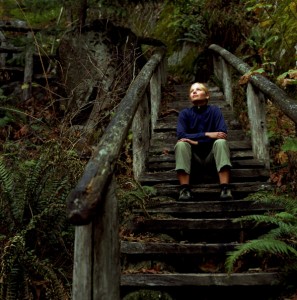 One aspect of psychotherapy is that the person in therapy and the therapist participate in a process larger than what either or both can directly observe. Something can be happening in plain sight, but we might not see it because it doesn’t fit into our way of looking at things. But sometimes we fit into its.

Tom—not his real name—was in his early thirties. He was dealing with a number of opportunistic infections that had him confined to a hospital bed in a back bedroom of his family’s house and changed his once-handsome appearance. I saw him through an AIDS service organization that put services into people’s homes, and one of those services was therapy. Tom presented with symptoms supporting a major depression diagnosis, which he wore with a decidedly gloomy air—with anger beneath the gloom.

I’ve never felt as flattened as a therapist as when working with Tom. “What the eff good is this supposed to do me? Pardon my French,” he drawled halfway through our second session. He was always polite, and deeply weary.

He had a point. The infections which had affected his appearance and made movement out of bed virtually impossible had interrupted a life that had always been characterized by independence, a successful career, and enjoyment. I tried bereavement work and adjustment interventions, but Tom only withdrew from dialogue, observing me from across an ironic distance. He also made it clear that he didn’t want to address his health (“I live with this all day, every day. You think I want to spend another hour talking about it?”).

What he was willing to talk about were his teenage years. He’d been born and raised in the Midwest, and his narrative, once he got going, was vibrant with details. Not just of what he’d done and the people he’d known, but about the landscape, the wildlife, and even the weather.

Tom had a highly developed extroverted sensation function. In depth psychology, this is a way of saying that a person is interested in the physical details of the world, and that these details are a source of deep pleasure. Issues of insight and meaning or even feelings weren’t high on Tom’s agenda. But he could describe the particular quality of the snow the night he and his cousin decided to walk to the corner store half a mile from the house for cigarettes (the flakes were slightly wet, so they tended to stick together, coming down in a spin because the wind kept changing direction, which was why he and his cousin lost their way on the street they’d both grown up on).

To me, this level of detail seemed like concrete thinking. I was someone driven by insight and deeply rewarded by it. It’s also how I gauged progress in the work. I couldn’t see anything happening in our sessions, which naturally made me think that nothing was. Early on, I asked him, tentatively, if he would prefer to work with someone else. To my surprise, he told me, “This is working OK. I don’t have any complaints.” I didn’t get it. Gradually, I learned to set aside my own expectations—one of which was that I was supposed to get it, was supposed to get something—and just be available to sit with him.

I was someone driven by insight and deeply rewarded by it. It’s also how I gauged progress in the work. I couldn’t see anything happening in our sessions, which naturally made me think that nothing was.

And so, without leaving the back bedroom of the little house in Los Angeles, I went on walks in the Midwest woods with Tom. I learned that the trees were mostly hickory, with a few spruces here and there. They never grew much over 12 feet and weren’t thick-growing, but they had plenty of walking space between them. It was a wet country, and you could usually hear at least one creek, often more, and the katydids. Birds sang around us, warblers and bluebirds, chickadees whistling like they wanted to get our attention. And of course the mosquitos were murder in spring and summer, and that’s one of the reasons he smoked Kools nonstop as we walked, because skeeters don’t like the smoke.

Sometimes we’d go down to his uncle’s for the Fourth of July barbecue. Everybody was there. His uncle used a cut-open water heater for a grill, and there was never any barbecue sauce, just salt and plenty of smoke. It was the best barbecue we ever tasted, and just one of the things lacking in L.A.

Other times, in the season, we’d go chasing storms up on the flatlands with his cousin—when she could be convinced, anyway, and by ourselves when she couldn’t. Yes, it was a pretty stupid thing to do, but when you saw those big, purple storm heads, bigger than anything you see here, and all that lightning, you forgot about everything else. And the tornadoes, when they came, were the best thing in the world. You never forgot those. And when you were stuck laying in a bed all the time, you dreamed about them and wished one would come out this way and take you back home.

Tom’s health went up and down—down most often. Eventually, he was hospitalized. Part of what I did was to follow people and keep meeting with them when they went into the hospital or nursing facility or hospice. The first week, Tom was in the ICU and not receiving visitors except family. When his mother told me it was OK, I went to sit with him.

“I haven’t slept in days,” he grated miserably. “I can’t sleep here. It’s too noisy, and they’re always coming into the room for something.”

I asked him to close his eyes. We went on a guided imagery walk out in the Midwest countryside. I knew the way. The hum of the air conditioner was the breeze through the tops of the hickory trees. That beep of the IV monitor—was that a grebe calling out on the pond or maybe a thrasher? The air circulating in the special mattress that reduced the chance of bedsores was the sound of the creek that ran along beside us. In this familiar landscape, we walked on and on, in no hurry, until the end of our visit. The last time I saw Tom, he was sleeping peacefully.

When Tom visits me in my thoughts, he reminds me not to judge the work because it’s not mine to judge. Its fruits might not show up anywhere that I ever see or know about. He reminds me to trust in a process that’s larger than I am, that I’m only part of.