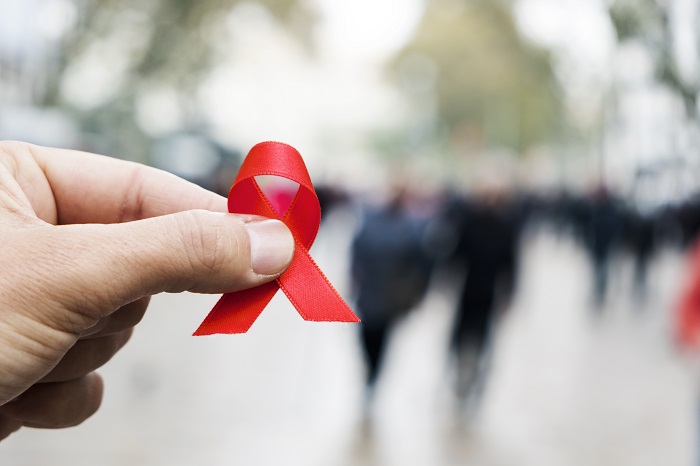 As HIV symptoms can be challenging to deal with, and in the case of AIDS, may lead to death, many with HIV/AIDS find mental health support or therapy helpful in coping with their condition.

How Is HIV Transmitted?

HIV transmission occurs through contact with bodily fluids such as blood, vaginal fluid, semen, pre-ejaculate, and breast milk. It is not spread through saliva or casual contact. The virus is most often spread between people through:

HIV cannot survive outside the body for long, however, and the virus is not often spread in other ways. With precautions, it is possible to reduce transmission risk, and it is also often possible to help reduce the risk that AIDS will develop from HIV.

Transmission risk can be reduced in a number of ways, such as by getting an HIV test and being aware of one's HIV status, using condoms consistently and correctly, treating sexually transmitted infections (which can increase transmission risk if left untreated), and reducing the sharing of needles.

Medical Treatment for HIV and AIDS

There is no cure for HIV and AIDS, but treatment is available. Antiretroviral treatments (ART) and post-exposure prophylaxis (PrEP) reduce the viral load, controlling the infection and decreasing the risk of AIDS developing. In 2017, 59% of people with HIV around the world were able to receive treatment in the form of antiretroviral medications, according to the World Health Organization (WHO).

Antiretroviral treatment has also been shown to reduce the risk of HIV transmission from an individual who is infected by up to 96%. ART may reduce the viral load to undetectable levels, making the virus almost nonexistent in the body (although it is still present). An individual with undetectable levels of the virus is far less likely to transmit it. This form of treatment as prevention began to be used in the mid-1990s, when it was shown to be effective at reducing the risk of transmission from mothers who were HIV-positive during pregnancy, delivery, or while breastfeeding.

PrEP is a medical treatment that can help prevent HIV infection in people who are at substantial risk for contracting the virus:

With ART, HIV often does not progress to AIDS, and those who take medication might still have a lifespan near that of a person without HIV. Without treatment, HIV often remains latent in the body for up to 10 years before progressing to AIDS. Once the virus has progressed to AIDS, however, life expectancy is typically about 3 years without treatment.

A diagnosis of HIV or AIDS may often be difficult to cope with. Although treatment has been shown to be very effective for HIV, and those receiving treatment for the condition can expect to live longer and experience a higher quality of life than they might have in years past, the virus may still have a significant effect on mental health. People diagnosed with HIV or AIDS may experience:

It may also be difficult for those infected with the virus to navigate the additional challenges a diagnosis of HIV or AIDS can have on romantic relationships. Couples or marriage counseling can help those in relationships come to terms with an HIV diagnosis whether one or both partners are positive.

WHO reports that as of 2017, 36.9 million people around the world live with HIV. While there is still a long way to go in terms of eradicating the stigma that often comes with an HIV diagnosis, awareness and understanding of the condition is growing.

While rates of HIV are on the decline in many places such as the United States, they are still on the rise among many high-risk populations globally. There is much work to be done to increase access to ART among those living with HIV and eradicating the condition; until then, working with a therapist may help many improve their mental health as they process their diagnosis.