The Eating Disorder Board Game 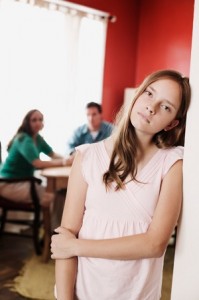 I often say, when explaining eating disorders, that someday I’m going to invent the Eating Disorder Board Game. I certainly don’t mean to make light of eating disorders. They are serious conditions that cause tremendous pain to those  to have them and to their loved ones. I am a big believer in analogies’ abilities to explain thoughts and behaviors involved in eating disorders.

The Eating Disorder Board Game is one that I use to illustrate one of the salient issues involved in an eating disorder. Arrested psychological development is common in young people who develop eating disorders. Imagine a board game that begins at birth. Each player starts with a given temperament, or set of genetic markers that give them certain characteristics, and a given degree of emotional sensitivity.

As they move around the board, they learn, via the spaces they land on and the cards they draw, about their family environment and life circumstances. They can receive what they need in order to move on to the next stage of development. Things required to move to new spaces or stages symbolize secure infant attachment, attunement, protection, unconditional love and acceptance, caregivers who put their children’s needs ahead of their want.

However, they may not get all of those things, or some are cancelled out by other factors, such as traumatic experiences. So they may have to go back several spaces or lose turns. Players with certain sets of factors are statistically more likely to develop eating disorders.

Eventually, players get to adolescence and then the launching phase of life, wherein they are ready to leave home and move out into the world. At this point on the board there is a special feature. You know those circles of spaces on some board games where you get stuck going round and round while the other players continue around the board, and you have to roll exactly a certain number in order to get out?

Well, in the Eating Disorder Board Game, the majority of players who acquire eating disorders get stuck in that circle. What this illustrates is one common function of an eating disorder: enabling a person who has been deprived of what they need to develop. It substitutes real emotional nourishment in order to navigate the rocky transition from childhood to adulthood to do the impossible: to continue to move forward in life while barely progressing to psychological and emotional maturity.

Eating disorders often emerge in middle and high school because one’s psychic infrastructure—a sense of self, competence, and worth, a toolbox of interpersonal and emotional coping skills —isn’t adequate to support the weight of the demands of this stage of development. At this juncture, life gets much bigger as peers take on greater importance and family takes on less.  Kids without a solid infrastructure are vulnerable to developing maladaptive coping mechanisms to help them organize the muddle around or within themselves.

Body and weight can become easy,  logical focal points for a tweener or teenager who hears self-deprecating talk about being “so fat” and stinging criticism from other kids who are something other than slender. The malleable teenage brain, still developing its frontal lobs, is at risk for making decisions that don’t align with wellness when under social pressure. Arrival at the conclusion that appearance is the ticket to being liked, and to be fat leads to becoming alone and unloved may ring truest for their circumstances at the time.

In the Eating Disorders Board Game, players whose nature is emotionally sensitive or whose genetic makeup predisposes them to anxiety, to poor self-esteem, to a high degree of sensitivity to perceived rejection, and to perfectionism are vulnerable to eating disorders. All other vulnerabilities are enhanced in children whose family provides, as the creator of Dialectical Behavioral Therapy (DBT) Marsha Linehan describes it, an “emotionally invalidating environment.”

An emotionally invalidating environment can comprise a variety of situations. Parents who are absorbed with chronic illness in the family, either of one parent or another sibling, may distribute attention unequally throughout the family or household. If both parents grew up in families that were emotionally invalidating, they may repeat the pattern of their childhood home. If neither parent was born with or developed a high level of emotional sensitivity, they may not see or understand the needs of the emotionally sensitive child.

An emotionally invalidating environment can also involve parents whose behavior is overtly harmful to their child. If one or both parents have problems with an addiction of some sort, life at home likely mirrors the chronic illness scenario with added accountability and security issues. If one of or both of the parents are verbally, physically and/or sexually abusive, and the child is left without a protective guardian between the two, this forms an emotionally invalidating environment as well. Addiction and abuse have a wide variety of relationships in families. They may combine in a variety of ways to create different degrees of safety and validation for children.

The range of factors that can make up an emotionally invalidating home environment is broad. The less obvious these factors, the more puzzling the origins and function of an eating disorder. But the presence of an eating disorder more often than not indicates the absence of some crucial ingredients in the child’s infrastructure.

Fortunately, in the Eating Disorder Board Game, when a player stuck in the circle at the border of adolescence and adulthood rolls the right number on the dice he or she exits the circle on the Road to Recovery. This road can be long and filled with setbacks. But is paved with lots of help from skilled professionals, and self-help programs and literature.

The player is accompanied by many other pieces on the board: loving family, supportive friends, and other players making their way along. There are no losers in this game, and it doesn’t matter who arrives at the end of the Road to Recovery first. Players are all in the game together, and the only way to lose is to stop playing before reaching the end.