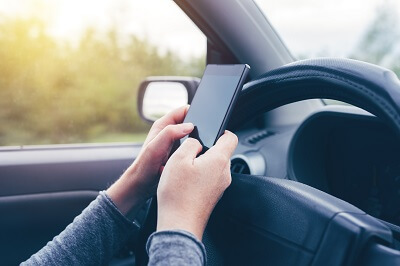 An addiction—a persistent need to consume a substance or commit an act—is distinct from a compulsion, which is an overwhelming and irresistible impulse to act. Usually, a compulsive act is preceded by obsessive, intrusive thoughts that compel the person to act, whereas an addiction is more of a habit that is not necessarily accompanied by obsessive thinking. An individual experiencing either addiction or compulsions may find it helpful to speak to a mental health professional.

Compulsive behaviors include chronic gambling, substance abuse, sexual addictions, unrestrained shopping and spending, hoarding, excessive exercising, Internet gaming, eating issues, and other behaviors. Any compulsive behavior can become an addiction when the act is no longer able to be controlled and impairs a person’s ability to function socially, academically, and professionally. The distinction between “addiction” and “compulsion” can sometimes become unclear, as a person might think frequently about the object of the addiction, and it may become near-compulsive to pursue the addictive behavior.

Determining whether a habitual behavior has become problematic begins with evaluating the benefits associated with the activity and the feelings and beliefs surrounding it. The distinction between a passionate hobby and a compulsive behavior may be difficult to discern. For example, is running 10 miles every day—rain, shine, or snowstorm—an addiction, or is it good athletic discipline? Is a monthly trip to Vegas to play the slots a gambling problem, or just an escape from daily life? Addiction or compulsivity may be indicated when the behavior results in feelings of distress, guilt, or shame or when abstaining from the behavior provokes anxiety or proves to be impossible.

Symptoms that suggest a compulsive behavior has become problematic include:

Typically, addictions or compulsions develop as a result of an underlying psychological issue, such as depression. Engaging in an act of addictive behavior can temporarily relieve stress or anxiety for several minutes to several days. Compulsive behaviors often trigger the same neurological pathways that specific substances stimulate in the brain of someone with drug addiction, and this cycle of reward can make the activity that much more attractive and addictive.

People with severe mental health conditions, such as bipolar, may experience poor impulse control that can make it difficult or impossible to resist compulsive urges. In addition, a rare side effect associated with dopamine agonist medications—which treat conditions such as ADHD and Parkinson’s—can produce extreme compulsive behaviors, even in people who had no such inclinations previously.

Addiction's Impact on the Family

"Addiction, a merciless, emotionally destructive illness, is a family disease or problem, and it can be easy to underestimate the sometimes covert, but painful, "ripple effects" of addictive behaviors that lead to hurt, anger, isolation, depression, and despair," said Darren Haber, MA, MFT, a California therapist who specializes in the treatment of addictions and compulsions.

Family members of an individual experiencing an addiction can develop high levels of stress, especially when daily routines are interrupted by that individual's unusual, uncharacteristic, or potentially threatening behavior. Children living in a family affected by addiction may find it difficult to cope with the anxiety, stress, or emotional overwhelm that may result from the chaos and stress in homes affected by a family member's addiction or compulsions. Addiction that continues to go untreated may have a traumatizing effect on both children and adults, leading to developmental concerns, difficulty regulating emotions, and relationship difficulties among family members or partners.

"I cannot stress highly enough the importance of each family member getting support."Adults who grew up with a family member who experienced addiction may have a higher likelihood of experiencing depression, anxiety, relationship issues, or learned helplessness. They may also be more likely to develop an addiction themselves, have difficulties with self-regulation, engage in high-risk behavior, or reenact a dangerous or dysfunctional cycle from childhood with their own partners and children.

Parents who experience addiction may come to increasingly rely on their children, placing the child in a parental role, which often has an effect on development and can cause difficulties in relationships later in that child's life. Individuals experiencing an addiction may also isolate themselves from their families due to guilt, a fear of censure, or denial, among other reasons. This isolation can make family interactions and relationships difficult and may also forestall treatment of the problem.

"I cannot stress highly enough the importance of each family member getting support," Haber said, encouraging all family members affected by a parent, child, or sibling's addiction to seek help. "Even if it seems they have the problem, [treatment] is the smart, safe thing to do for yourself. It also sets a good example for your loved one, who may be attracted to the positive changes—including loving but healthy boundaries—he or she sees in you."

Therapy for Addictions and Compulsions 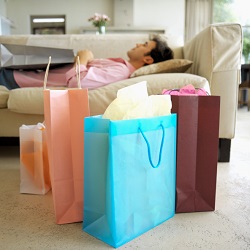 Compulsive behaviors and addictions may provide a person with a sense of power, euphoria, confidence, validation, or other feelings that may otherwise be lacking in their lives. Psychotherapy is designed to help people identify uncomfortable feelings and sources of distress in order to change and grow. People who struggle with compulsivity and addiction are unlikely to conquer those behaviors unless they work to address the underlying causes of their addictive and/or compulsive behaviors, such as trauma, stress, past abuse, and others.

Working with a therapist is one of the most effective treatments for managing compulsive behaviors and addictions, and there are many types of therapy suited to addressing behaviors that a person may want to change. A person is likely to achieve the most benefit from consulting with a therapist who is qualified to address the particular area of addiction or compulsion experienced, as well as the underlying cause of the issue. For example, a person who uses drugs to dull the intensity of posttraumatic stress may benefit from treatment for PTSD as well as drug addiction, but resolving the PTSD may also help significantly with treatment for the addiction. Self-help, support groups, and 12-step programs may also facilitate recovery from addiction and compulsivity.

What Is an "Addictive Personality"?

While it is not uncommon to hear people say they have an “addictive personality,” meaning they believe they become addicted to things easily, this so-called addictive personality is not an actual psychiatric diagnosis, and the idea itself may be something of a myth. Personality is a very complex concept. Each individual's personality is comprised of many different factors, and scientific research has not yet discovered any shared personality trait that is common among all of those with an addiction. Those who experience addiction display as wide a range of character facets as those who do not experience addiction.

While there is no single addictive personality, there are some factors, some of them components of personality, that have been proven to correlate with addiction. Research shows that genetic factors play a role in addiction. Scientists estimate that 50% of any person’s likelihood of developing an addiction is determined by their genetic makeup. Environment is also thought to play a significant role: a person who is never exposed to a substance can never try it and thus will be unable to become addicted to it. Impulsivity is another factor can influence the development of an addiction, as people with an addiction tend to also exhibit impulsivity at higher rates.