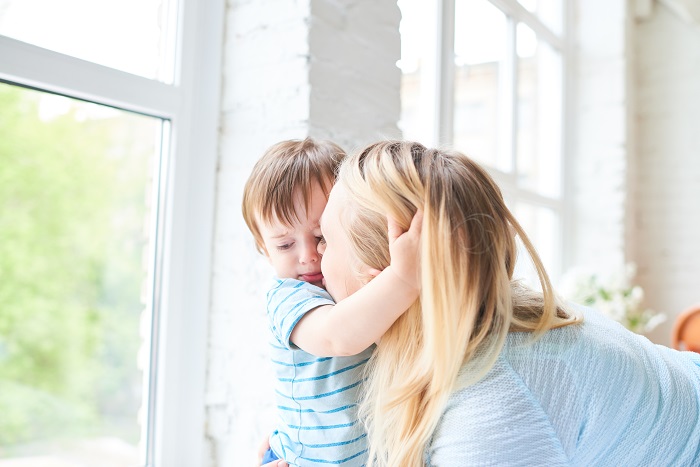 Attachment refers to the ability to form emotional bonds and empathic, enjoyable relationships with other people, especially close family members. Insecure attachment early in life may lead to attachment issues and difficulty forming relationships throughout life. Because early intervention often proves most effective, children who shows signs of attachment issues may benefit from speaking to a therapist.

Developmental psychologist John Bowlby originally described the concept of attachment, focusing on the bond between mother and infant. Attachment, according to Bowlby, is not a one-time event, but a process that begins with birth and extends into the early years of life. A child's relationship with the primary caregiver, who is often the mother, can affect the child's attachment style throughout life, and insecure attachments can often interfere with future romantic relationships.

Children generally develop healthy, secure attachments to mothers who competently and regularly respond to the child's needs by, for example, feeding the child when the child cries. There has been significantly less research investigating the process of attachment between father and child, but preliminary studies indicate that the process is similar, with perhaps more emphasis on play.

The attachment bond, or an infant's first bond with the primary caregiver, generally the mother, is essential to later attachment. A weak attachment bond can result in both social and emotional developmental disruptions. Attachment issues typically result from an early separation from parents, lengthy hospitalization, incidents of trauma, instances of neglect, or an otherwise troubled childhood. These issues may have an affect on a child's ability to form healthy, secure attachments later in life. Attachment is related to trust and empathy, and when attachments are not developed early in life, a child may not learn to trust and may not develop a conscience.

Signs of insecure attachment may include:

Reactive Attachment Disorder (RAD) is a serious, diagnosable condition that develops in childhood, typically between 9 months and 5 years of age. Diagnostic criteria from the Diagnostic and Statistical Manual (DSM) indicate that children with RAD do not often seek out or respond to comfort from caregivers in the face of distress, establishing a pattern of consistently withdrawn behavior. A child might also fail to respond emotionally and socially to other people and be irritable, sad, or fearful, with no apparent reason. Children with this condition may dislike physical affection, have anger and control issues, and experience difficulty showing affection.

According to the DSM, this condition is rare: In the general population, it probably occurs in less than 1% of children. In populations of maltreated children, RAD occurs at a rate of about 10%. The only known risk factor for the condition is severe social neglect, but in the majority of cases of neglect, RAD does not develop. If care improves following the neglect, this condition is less likely to develop.

How Psychotherapy Can Help with Attachment Issues

Play therapy is often effective for children experiencing RAD. A child with this condition might attend therapy with the caregiver, and treatment generally focuses on strengthening their relationship and working to develop a healthy attachment.

Adults who have never addressed problems with attachment and who see the result of attachment issues in their lives might, in treatment, identify and explore early losses, grieve for the childhood bonds that were not experienced, and gain closure while learning how to develop healthy attachments and accept love, if they have difficulty doing so. Through therapy, adults who have experienced attachment issues may become able to build stronger bonds with friends, children, and partners.