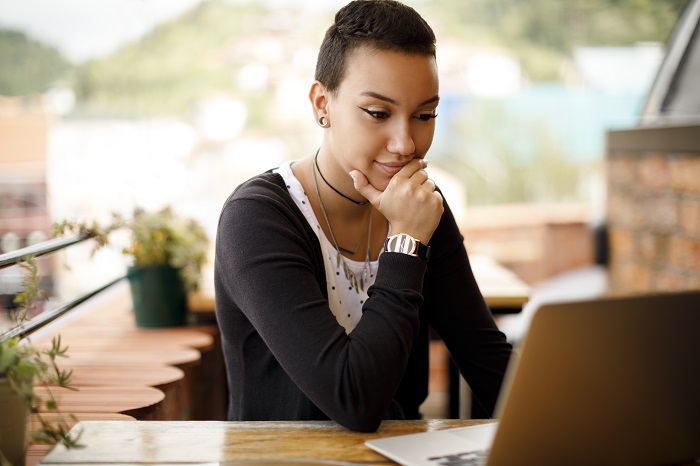 Young adult issues, which may arise in those who are in their late teens and early twenties, may consist of difficulties with peers, sexual or developmental concerns, school or career challenges, family differences, and so on. Erik Erickson, noted developmental psychologist, described the period of young adulthood as occurring between the ages of 20 and 45, but the United States Department of Health and Human Services has redefined the young adult period as the time between ages 18 and 24.

Because the rapid and numerous changes often characterizing this period may be overwhelming, young people may find the services of a therapist or other qualified mental health professional to be beneficial as they transition from adolescence to adulthood.

The young adult period is characterized by rapid physiological, sexual, cognitive, and emotional changes. The transition from adolescent to adult becomes apparent as one completes the process of physical maturation and secondary sexual characteristics become fully formed. Many young adults also move into new adult roles and responsibilities: They may begin higher education studies, enter the workforce, move away from home, or start a family. They may be expected to accept responsibility for themselves legally, make decisions for themselves, and—in many cases—are often encouraged to begin supporting themselves financially. Erikson referred to the young adult period as "intimacy vs. isolation" in his eight stages of development, describing it as the period when individuals often begin intimate relationships after developing a sense of identity.

A longitudinal study by the National Institute of Mental Health (NIMH) found that a young adult's brain is not fully mature until around 25 years of age. It was discovered that most significant changes after puberty occur in the prefrontal cortex and cerebellum—the regions involved in emotional control and higher-order cognitive functioning. While the limbic system—often associated with emotions, motivation, and behavior—undergoes major changes during puberty, the prefrontal cortex keeps maturing for about another 10 years. This part of the brain affects how a person controls impulses and develops long-term strategies. Thus, it may be helpful when an individual attempts to answer the question, “What am I going to do with my life?”

In a 1995 study conducted by psychologist Jeffrey Jensen Arnett, 300 young people between the ages of 18 and 29 were asked to report the emotions and feelings they experienced while on the threshold of adulthood. Arnett surveyed individuals from all over the world, but the overarching result was a desire to achieve independence while still remaining closely linked to one's family, in order to obtain support when necessary.

Arnett noted a shift from previous generations of young adults, who were generally encouraged after high school to find work, move out of home, and start a family. In fact, 50 years ago, the average age of marriage in the United States, for both men and women, was about 22. Now, the average age for men is 28, while for women it is 24. The study also shows that many American adults young adults report more positive feelings about their families when they do not live in the same household. 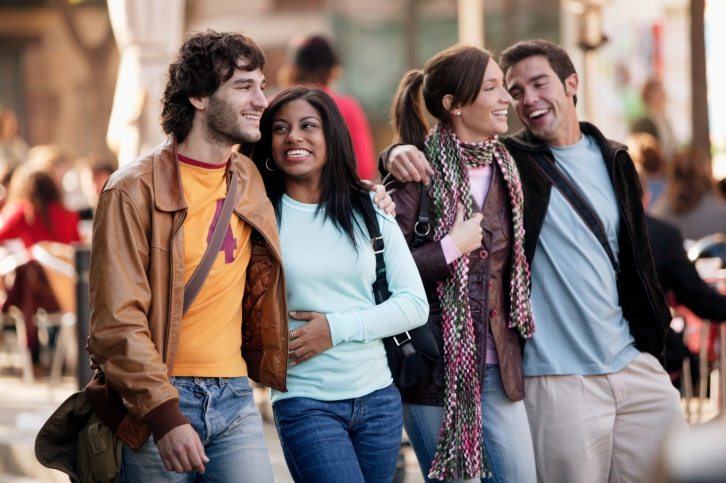 Many factors indicate the transition from young adult to independent adult now takes more time than it did in the past, when youth who had completed high school were often considered ready for employment, marriage, and other aspects of settled adult life.

Many young adults embrace this transition period and enjoy the time spent exploring possibilities for the future, obtaining higher education, and pursuing friendships and/or intimate relationships. Some young adults may find their entry into adult responsibilities overwhelming or confusing, though they may still enjoy the experience. This overwhelm and confusion, along with rapid changes in biological, psychological, and social development, may help contribute to the development of major depression, the rates of which are shown to increase for this age group.

Research suggests that the transition to adulthood now typically takes longer than in previous decades. Greater access to post-secondary education and a wider range of opportunities have greatly increased a person's options, and expectations regarding the steps a person should take after finishing high school or college are not as clear-cut. After high school, for example, an individual may enter a specialized school or training college, pursue an associate's degree, a bachelor's degree, or enter the workforce. A person might obtain a bachelor's degree and then decide to continue in school to obtain a master's degree or even a doctorate. In the past, the path a young adult took after high school was often predetermined by family and gender expectations, as well as one's economic status, but this is less often the case today.

Many young adults in the U.S. transition directly from high school to the workforce. This size of this group has decreased in the 20th and 21st centuries, and these individuals have largely been ignored in academic studies for a variety of reasons, one such of which is the fact that college students are often an easier resource to access for study purposes. As a result, young adults in this category are not likely to have much research-based guidance as they assume adult roles. Some may also experience conflicting emotions about their ability to meet societal expectations, despite the need for many professions that do not require higher education.

In the United States, importance is often placed on one's ability to obtain full-time employment, become financially responsible, maintain an independent household, and support a family. Societal expectations can leave some young adults feeling pressured to make lifelong decisions before they are ready. As a result, some young adults may face anxiety and experience troublesome thoughts about their future. For example, social norms may lead many young people to believe that their goal should be marriage and a family, but some may find, as they transition from young adults to adults, that they prefer to remain single, unmarried, or without children.

Many serious mental health conditions can emerge in the late teens and early twenties, further complicating an already difficult period of life. Mental health conditions such as bipolar and schizophrenia, among others, may be diagnosable around this time. Other common issues that young adults are often vulnerable to include substance abuse, eating disorders, depression, and anxiety. A review of the 2010 National Survey on Drug Use and Health from the Substance Abuse and Mental Health Services Administration (SAMHSA) found that the onset of most mental health issues occur in young adulthood, and young adults were identified as experiencing concerns such as problematic psychological distress, major depressive episodes, and alcohol or substance abuse problems at higher rates than adults aged 26 to 34 years. Despite experiencing a higher prevalence of mental health and substance use issues, however, young adults had lower treatment rates than older adults.

Many young adults also experience a change in or challenges to their world views. As young adults enter new academic settings, new social circles, or new workplace environments, beliefs and values held throughout childhood may be questioned by others from different backgrounds or challenged by new ideas. In fact, Arnett's research shows that many young adults have identified the act of deciding on their own beliefs and values as an essential part of becoming an adult. This aspect of young adulthood may conflict with identity, or what was believed to be one's identity, and stir feelings that could contribute to mental health issues like anxiety or depression.

Young adults also have a high risk for suicide. According to the National Center for Injury Prevention and Control, suicide is the third leading cause of death in Americans between the ages of 15 and 24. Some prominent risk factors for young adult suicide include:

Young adults may often find the support of a therapist to be helpful during the transition from adolescence into adulthood, especially if they experience mental health concerns or other difficulties as they become accustomed to new expectations, roles, and responsibilities. However, a low rate of professional help-seeking has been identified as a barrier to treatment for many young adults. Community organizations that implement programs for young adults may offer helpful information and support, but these may not be available in all areas. These groups may focus on a particular challenge or concern, such as substance abuse or depression, but they might also simply provide a space for young adults to talk and connect. These programs may be often available on university campuses, as well. Most programs are open to all, but some focus on the inclusion of diverse individuals who may be less welcome in other groups.

When young adults seek help for mental health concerns, they can benefit from a range of interventions and therapeutic modalities. Among these are cognitive behavioral therapy and interpersonal therapy, both of which are therapeutic approaches that can help young adults identify and alter negative thought patterns and feelings and work towards personal goals. In therapy, young adults will also typically be encouraged to develop and connect with support networks. Family therapy may be a good option for young adults coping with shifting family dynamics, especially when an issue has arisen that affects familial relations.

A young adult might explore some of the following questions in therapy: