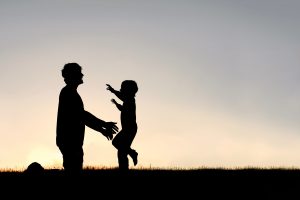 Exploring the Process of Parental Acceptance

Researchers from the University of California, Davis, followed 29 mothers and seven fathers with gender-nonconforming children. The study included 33 children between the ages of 5 and 16. Fourteen were trans girls, nine were trans boys, and 10 were gender-diverse boys.

Parents of gender-nonconforming boys often attempted to set limits on when and where their children could present as girls, fearing discrimination and bullying. Parents often explained these guidelines in terms of practical rules, such as the weather being too cold to wear a dress. Parents were more likely to eventually relax these rules when they realized how unhappy their children were, researchers found.

Researchers also found many mothers play a vital role in advocating for their gender-nonconforming children. They often will work to educate themselves on the subject, and many become experts on gender diversity to better identify resources for their children. Perhaps because more mothers than fathers participated in the study, researchers did not address whether fathers acted the same way.

The Effects of Parental Rejection on Transgender Children

Statistics show transgender children whose parents reject them or try to “fix” them are especially vulnerable to mental health conditions such as depression as well as at a higher risk for suicide.