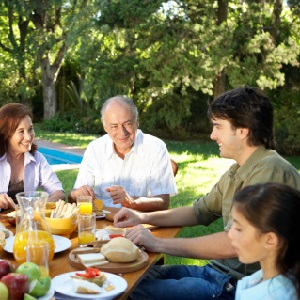 In part I of this series, Family Ties: Support for Family Members with Alcoholism, I discussed what happens when members of alcoholic families, who are alcoholic themselves, get sober. The members of these families tend to fall into certain behavioral patterns, or roles, which classically include: the hero, the scapegoat (or identified patient), the mascot, the lost child, and the caretaker. I want to further explore the patterns I have observed in my clinical experience working with individuals and their families, both in my private practice and in a 30-day residential treatment program.

What’s interesting to observe is how the entire family dynamic changes once their loved one gets sober. I never cease to wonder at how a person’s stabilization in treatment often leads to an increase in their family’s anxiety. Thus, as soon as the person completes detox and starts showing signs of improvement, the parent or sibling or spouse of the person will call the staff in a more anxious state than ever. This, of course, is a sign that the family’s homeostasis is changing, which is terrifying to a dysfunctional system (which tends to reject change)—another reminder that, to paraphrase James Masterson, people often come to therapy or treatment to feel better, not necessarily to get better (Masterson & Lieberman, 2004).

What happens when a family mascot enters the treatment process for alcoholism or addiction? The mascot is someone who lessens family anxiety by providing distraction and deflection, often via humor and comic relief. Here is the “class clown” who can break tension by cracking wise at precisely the right time.

Keep in mind that family members may play more than one role simultaneously; for instance, I once worked with an individual who was a recovering alcoholic—and a stand-up comedian. Quite a good one, in fact. Fortunately, he was able to provide insight and painful emotional truth, along with the laughs. The good news with such a person is that humor is often a filter for truth, so if he/she can step out of the spotlight and get in touch with the pain of addiction, without deflecting it with humor—or to enhance rather than distract from truth—then recovery can begin.

The problem is when the person tries to re-enter the family system. Family members are inevitably going to find themselves unsettled, antsy, perhaps even critical of the clown who sheds the mask. Very often you will hear people say of a recovering mascot, “She used to be so funny, now she’s kind of boring” or “He’s so serious now that he’s sober, what happened to the exciting guy I used to know?” What often happens when a mascot (or any such family member) gets sober, is that the other members (or even close friends and co-workers, etc) are now left with an absence of deflection, or distraction, which creates a void—filled, inevitably, with each persons’ unexamined problems. Now the sibling, parent, or spouse of the mascot no longer has the luxury of distraction, and that anxiety must be contained and processed by a system that is inherently uncomfortable with owning or processing anxiety healthily.

Thus, the mascot may be left with feelings of guilt, shame, self-criticism—the usual feelings that come with early sobriety—magnified by a dysfunctional family system which gives lip service to sobriety but, in fact, isn’t exactly sure how to deal with it. This person may feel they are causing the anxiety in a family, when it’s been there all along: in subterranean form. This speaks, again, to the importance of viewing alcoholism as a family disease in which each person is required to look at his/her “stuff” without passing the buck any longer (i.e. shaming/blaming, etc). For each member, this process will at first feel very uncomfortable. But getting better does not guarantee feeling better, at least in the beginning. Paradoxically, the constant laughter and tension-breaking shenanigans of the mascot, within an actively-addicted family system, has drowned the pain that must now be dealt with head on, if the system is to truly have a shot at health.

Sadly, this did not happen with the sober comedian I mentioned earlier. With sobriety came anger on the part of his spouse, much of which was justified, given the destructive way he behaved in his addiction. However, she refused to acknowledge the fresh start his sobriety provided, declined to get help via al-anon or counseling; in turn, he blamed her for his feelings of guilt, shame, and (eventually) rage. Neither took responsibility, or found healthy support, and word has it that he is now drinking and using with abandon while his wife is hurt, angry, and seeking divorce.