Dissociative Identity: Understanding the Reality Behind the Myths 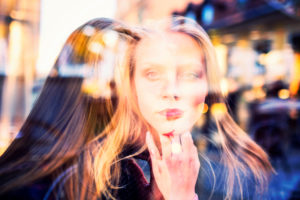 Hollywood often does a disservice to people with mental health conditions. Consider the number of feature films and television shows depicting people experiencing mental health issues as being dangerous, low functioning, and undesirable. Not only are people with mental health challenges not accurately represented, these inaccurate depictions can also do damage by generating prejudice and creating additional stigma and related stress for those trying to function. The burden of stigma is likely to make the world even more difficult to navigate for individuals living and coping with mental health concerns.

In recent years, efforts to increase mental health awareness and reduce stigma have led to some changes, including more accurate portrayals of mental health issues and those who experience them, but much work still needs to be done. One particular portrayal that fell flat appeared in the movie Split, released in early 2017. In this movie, which was roundly criticized for its portrayal of mental health conditions, a character with dissociative identity disorder (DID) had a dangerous alternate personality. As a counselor who treats dissociative conditions such as DID, the majority of which are not characterized by violent behavior toward others, this was particularly disturbing to me.

It is imperative we, as a society, receive accurate information about not only DID but all mental health conditions, instead of relying on the distorted information, provided by Hollywood and other unreliable sources, that so often leads to fear and discrimination.

When I was in graduate school, dissociation wasn’t really highlighted. It was only briefly mentioned before we quickly moved onto “more common” mental health concerns. Based on this, I assumed dissociative conditions, DID in particular, were such a rare phenomenon I was highly unlikely to encounter them in practice.

As it turns out, this couldn’t have been further from the truth. DID and other forms of dissociation are far more common than many think. In fact, according to the Institute for the Study of Trauma and Dissociation, it is estimated the prevalence of DID in the general population is between 1 and 3%. In inpatient psychiatric units (including those for adolescents, eating disorder treatment, and substance abuse programs) the prevalence is estimated to be between 1 and 5%.

Factors in the Development of DID

There are varying theories about why a person might develop DID. One theory, based on the work of pioneers in the diagnosis and treatment of dissociative disorders—Pierre Janet, Francine Shapiro, Onno van der Hart, Frank Putnam, Colin Ross, Stephen Porges, and Bessel van der Kolk, among others—is that DID is a way the brain learns to organize itself in order to survive traumatic experiences. This theory, incidentally, describes my own belief about DID’s origins. In my work with people who have developed DID, I have found 100% of them to have experienced some kind of trauma in childhood, including ritual abuse; neglect; sexual, physical, or emotional abuse; and medical trauma, among others.

To better understand DID, we must consider the nervous system and information processing system in the brain. When a person has normal, healthy experiences, the brain is able to take in this information, decide what is important and what is not, and then file it away in the area designed to hold memory. When the person recalls the experience, there likely won’t be much of an emotional charge when bringing up the (non-traumatic) incident.

However, when a person, particularly a very young person, experiences trauma, the nervous system immediately experiences a heightened sympathetic nervous system response (also known as “fight or flight“). When the child—DID typically begins in childhood—goes into this sympathetic nervous system arousal but cannot fight off the pain, perpetrator, or trauma, the next best thing they can do is to shut down into a hypoaroused, numb, disconnected state. The nervous system is in survival mode, and the integrative capacity of the brain is compromised and therefore unable to properly integrate the information. Thus, the traumatic memory stays frozen in time.

As the child grows up, these parts/alternate memory may become more distinct, and subsequent traumatic events may cause the brain to divide further into various parts to hold on to the aspects of trauma. These parts take on distinct personalities and identities.

For people with DID, pain and abuse are experienced again and again. Because these experiences are pervasive and so overwhelming to the nervous system, the person’s brain has to split off the experience(s) so they can continue to survive and function in life. One or more alternate memory networks, or parts, are created in the brain to hold the various components of memory to allow the person to continue to function. In a child who has experienced or is experiencing abuse, this process is particularly helpful as they attempt to survive in an environment where they are being hurt by their caregivers but must depend on those who are abusing them at the same time. Essentially, the process of dissociation allows a person to survive what might otherwise not be survivable.

As the child grows up, these parts/alternate memory may become more distinct, and subsequent traumatic events may cause the brain to divide further into various parts to hold on to the aspects of trauma. These parts take on distinct personalities and identities. This internal dynamic, if not treated, continues into adulthood. Some parts are responsible for helping the person to function in daily life. Other parts continue to hold any unresolved traumatic memories, feelings, sensations, images, thoughts, and beliefs the person experienced at the time of trauma.

A person with DID may or may not be fully aware of the dynamic inside. Often they believe they are “crazy,” but the reality is they are incredibly resilient. They are intelligent and creative. They are generally not at all like the dangerous, unstable characters often depicted in films and television—though viewing these portrayals could lead them to believe they are in fact similar, or at least appear to others as such. In my experience, people who have DID are often high-functioning and highly adaptive. In fact, you have likely met someone with DID and not known—people with this condition are generally adept at skillfully navigating social situations because they have clever parts who learned how to adapt to various challenges.

Although they navigate the world skillfully, people with DID experience real suffering. The parts or alternative memory networks holding the trauma may become activated and bring about various challenges:

These parts are not malicious in their intentions. They are merely operating with the information they hold, which is not complete. Often, these parts do not know the trauma is over. They are not aware the person got out of the situation and became able to act on their own and do things to keep themselves safe. Essentially, the whole system wants to feel better, but sometimes parts are not on the same page. This is where therapy helps.

The great news for those who have DID is that the condition is treatable. Good therapy treats DID (as well as the underlying trauma) not by attempting to “get rid” of parts. Instead, a well-trained therapist will help the system orient to the present, work with the person seeking treatment to explore each part and help them learn to together, and help the system work through the memories that could not be integrated at the time of trauma.

If you want more information on the realities of dissociation, a good resource for research-based, accurate information is the Institute for the Study of Trauma and Dissociation.

The next time you see an example of any mental health issue (not just DID) in the media, suggesting people with that condition are unstable, dangerous, or undesirable, remember to consider the reliability of the source and seek out the truth from experts and reliable organizations.