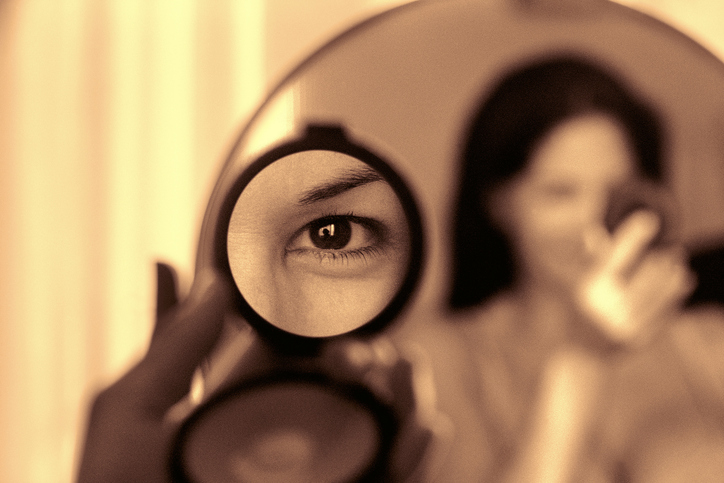 Dissociative identity disorder (DID), which was known as multiple personality disorder until the 1994 publication of the fourth edition of the Diagnostic and Statistical Manual of Mental Disorders, is defined by the presence of two or more distinct personality states within an individual. This condition is generally understood to be a coping mechanism, in that an individual dissociates in order to avoid facing a situation, or memory of a past incident, that is too traumatic to be dealt with consciously.

DID, and its diagnosis, is an area of controversy among mental health professionals, and the condition is responsible for no small amount of dissent in the field of mental health treatment.

DID, a condition characterized by periods of dissociation—disconnection from one's sense of self, thoughts, memory, and sense of identity—in which normal function may be impaired as well as the development of at least one alternate identity or personality, is the subject of much controversy.

Cases where individuals presented with "multiple personalities," as dissociative identities were known at the time, have been documented since at least the 1800s. Multiple personality disorder became more widely known in the 1970s with the case of "Sybil," a woman who, after reportedly experiencing severe abuse by her mother, displayed 16 different personalities. The case gained recognition in popular culture when the actress Sally Field portrayed Sybil in a movie, though Sybil's condition was later revealed to have been falsified.

The condition was originally known as multiple personality disorder until 1994, when it was changed in the DSM to dissociative identity disorder, reflecting new understanding of the condition:

Most people experience some extent of dissociation from time to time, such as when they daydream or become lost in their thoughts, but the dissociation associated with DID is extreme and distinct. During a period of dissociation, an individual may appear markedly different from their typical self, and changes in their affect, behavior, level of consciousness, and cognition can often be observed. DID also involves memory gaps. Individuals may not have memory of personal life events during periods of dissociation and may, after a period of dissociation, find evidence of behaviors they do not recall. Periods of travel during dissociated states (referred to as dissociative fugues) are common, for example.

To be diagnosed with DID, an individual must also exhibit at least two, but typically more, separate identities that are distinguishable from each other. These distinct identities may be recognized through their different gestures, postures, or speech patterns or by their varying ages, genders, or ethnicities, and they are often referred to as “alters.” In people diagnosed with DID, these identities often "switch" in response to stress, but switching may occur at any time, without warning. A person may not be aware of these other identities without being told by others of their existence.

An individual with DID does not always have more than one personality. Rather, there are distinct periods in which a clear shift in personality and presentation is exhibited. This shift can be triggered by stress, substance use, and/or overwhelming emotional experiences, such as feelings of intense anger, among others.

Those who are diagnosed with DID often have a co-occurring mental health concern, with PTSD being the most common among these. Other concerns that are often diagnosed concurrently include depression, other trauma and stress-related concerns, personality disorders such as borderline personality, substance use issues, and obsessions and compulsions (OCD). DID, or any mental health concern, does not necessarily cause additional issues, but many people with dissociative identity also experience other mental health symptoms.

Symptoms that might indicate the presence of DID might also indicate a number of other mental health concerns or issues. People who abuse substances or experience addiction, have a seizure disorder, experience posttraumatic stress (PTSD), or have borderline personality or schizophrenia might experience some of the most typical symptoms of DID, such as:

Other symptoms might include difficulty remembering periods of childhood and lack of awareness of large periods of time. Sleep issues, anxiety, and panic may also be commonly seen.

Among other issues most often seen to co-occur with DID are mood swings, severe headaches, depression, and disordered eating.

How Is Dissociative Identity Diagnosed?

According to the DSM-5, a person must exhibit the following symptoms in order to be diagnosed with dissociative identity disorder. These symptoms must be outside of cultural norms and must not be attributable to substance use or a medical condition.

One of the most controversial aspects of DID is the fact that many clinicians and other experts believe it cannot be reliably diagnosed. After knowledge of the condition increased, so did the number of people reporting it. Many of these individuals were later discovered to be falsifying their symptoms or instead experiencing another mental health condition, despite receiving a diagnosis of DID from a qualified mental health professional. Though many experts do not go so far as to deny the condition's existence, it is generally believed that the actual prevalence of the condition is much rarer than might be believed from the number of people who report experiencing it. Though the existence of dissociative identity may be questioned, it is currently classified as a mental health disorder in the DSM-5, with specific criteria that determine the diagnosis. A study conducted in 2006 found that individuals diagnosed with DID had smaller hippocampal and amygdalar volume in comparison to individuals who did not have a mental health condition.

It has been observed in many cases that people diagnosed with DID appear to worsen after receiving the diagnosis. When DID has been diagnosed, a goal of therapy is often to integrate the alters or different identities. Therapists who treat DID often also help individuals begin to understand and address the trauma they experienced in early life as one step in this process. Those who do not support the diagnosis of DID point out that this may encourage the development of additional alters and that the exposure to memories of past trauma may have a negative impact on an individual's emotional state. However, others say that the process of addressing trauma and an individual's past may simply have the effect of uncovering alters that were not yet recognized.

There is a fair amount of controversy surrounding this diagnosis. Some mental health professionals question whether it is an actual diagnosis or might be better explained as a consequence of another issue, such as borderline personality. It has also been argued that providers who believe in the diagnosis of DID may actually create it in the therapeutic process by suggesting the presence of different identities to vulnerable individuals who experience gaps in memory or dissociative states. One study found that only about 20% of psychiatrists believed that there was empirical evidence for the existence of dissociative identity and that more than half of the psychiatrists who participated in the study were skeptical of the diagnosis.

Another issue that has been raised is the usual length of treatment for people diagnosed with DID. Treatment may take several years and can become extremely expensive. Some skeptics have pointed out that the cost of therapy may be an incentive for some less-than-ethical mental health practitioners to diagnose the condition on somewhat tenuous grounds.

While it is widely believed that DID results from childhood trauma, a review of available literature conducted in 2004 by August Piper and Harold Merskey claimed there was in fact little proof supporting this belief.

Though the existence of dissociative identity may be questioned, it is currently classified as a mental health disorder in the DSM-5, with specific criteria that determine the diagnosis. Further, a study conducted in 2006 found that individuals diagnosed with DID had smaller hippocampal and amygdalar volume in comparison to individuals who did not have a mental health condition.

An individual’s culture can influence how dissociative identity presents. In some cultures, those with DID may exhibit unexplained medical and neurological symptoms, such as seizures and paralysis. In cultures where people believe in possession, it is common for the alters to take the form of possessing spirits, gods, or figures.

Dissociation that occurs voluntarily and is a normative part of one’s culture should not be classified as DID.

How is Dissociative Identity Addressed in Therapy?

The main therapy goal for individuals with dissociative identity is the integration of the various alters (identities) into one cohesive identity, which can be considered the person's actual self. In order to achieve this outcome, a therapist will usually first assist the person in treatment in facing and processing the trauma—when the individual is ready to do so—that led them to begin to dissociate. Doing so may have the result of allowing the individual to better manage the trauma and its effects on a conscious level rather than using ongoing dissociation and switching between alters in order to avoid the traumatic material.

Sometimes clinical hypnosis is used in conjunction with therapy in order to help an individual access repressed memories and achieve a more relaxed state. There is, however, some controversy around the use of hypnosis as it has been found to lead to false memories.

Professionals who are skeptical of the existence of DID and/or who believe diagnosing this condition may lead individuals to worsen recommend symptoms be treated without lengthy consideration and discussion of an individual's past trauma, especially if the individual is unsure they are ready to address it.

There are not currently any medications that have been approved for the treatment of DID specifically, but antidepressants and anti-anxiety medications may be helpful for co-occurring symptoms and may reduce incidences of dissociation and switching.