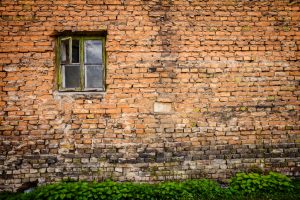 Ritual abuse is a term used to describe the psychological, physical, or sexual abuse of a person or group of people as part of a religious, cult, or secular ritual. This type of abuse is often systematic and long-lasting.

In some cases, “ritual abuse” may refer to satanic ritual abuse, the subject of a number of allegations made throughout the 1980s.

What Is Ritual Abuse?

Traditional understandings of abuse generally emphasize the desire of the person committing the abuse to control and dominate the victim and may also attempt to explain any potential psychological issues experienced by the abusive person. Ritual abuse, however, is more commonly understood as a group undertaking, where the primary desire may not be controlling the victim or victims or acting out the desires of the person committing the abuse. Instead, ritual abuse more typically treats the victim as a means to an end—often the receipt of some form of enlightenment or spiritual favor. Ritual abuse may also occur as a form of symbolism, or adherence to the code or sanctions of a particular group, such as a cult. Human sacrifice, a recorded practice in a number of civilizations throughout human history, is often considered the most dramatic form of ritual abuse.

A number of allegations of satanic ritual abuse, which included molestation, animal sacrifice, and torture, were made by individuals, many of whom were very young children, throughout the United States in the late twentieth century. These allegations often focused on owners of day care centers, and from the middle of the 1970s through the 1980s, many people were accused, tried, and convicted, though in several cases these convictions were later overturned after witness retractions and re-examination of evidence.

Between the mid-1970s and the 1990s, suspicion of ritual abuse, particularly that committed by so-called satanic cults, created a national panic in the United States. Several cases of satanic abuse were widely reported throughout the country, many of these describing the molestation and torture of young children at day care centers. In the case of the McMartin Preschool, dozens of children reported complex stories of abuse involving animal sacrifice, brutal sexual abuse, and even homicide.

In many of the cases, those accused were convicted and imprisoned. However, after the victims recanted their statements and further investigation and examination of the evidence was conducted, most of the reported cases of satanic abuse were subsequently found to be false. In the McMartin Preschool case, for example, all of the children were interviewed by mental health professionals from the Children’s Institute International who asked them a number of leading questions. Many of the claims made by the children, such as claims of travelling to other locations by airplane, could not have happened, and physical evidence did not, in the majority of cases, correspond to the events and abuse described.

This misreporting of ritual abuse sparked a backlash against advocates for survivors of abuse and increased suspicion of claims of satanic abuse. Psychologists have theorized a number of reasons that people would readily believe such fantastical claims, including parental guilt over sending children to day care facilities. While widespread satanic abuse was largely disproven, and there is little evidence to show that it occurred in more than in a few isolated incidents across the country, there was evidence to show that some of those convicted did in fact abuse children in their care.

Ritual Abuse in the United States

While ritual abuse has been shown to occur in the United States, it is more likely to occur in the context of small religious sects and cults and in highly secretive and authoritarian families. Abuse may continue through several generations of family members, or adult members of religious sects, as children grow up, become indoctrinated, and continue the pattern of abuse.

Several well-known cults have been accused of ritualized abuse, particularly sexual abuse, starvation, and severe corporal punishment. For example, the Jonestown cult encouraged children to have sex with adults, and girls were often married to men who were much older. David Koresh’s Branch Davidians practiced plural marriage and married young children to adults. The Children of God cult, commonly called “The Family,” engages in ritualized sex, and several ex-members have reported sexual abuse of preteen girls.

Those who have experienced ritual abuse often display signs of being affected by trauma, and the effects of abuse may be long-term. Survivors may dissociate and experience extreme reactions to events and situations that bear some similarity to situations in which they were abused. They may become either fascinated with certain ritualized objects or symbols or develop a phobia of them.

The effects of trauma and abuse are often long-lasting. Many who experience ritual abuse may not speak out or seek help for fear they will not be believed or because they have been brainwashed into accepting the abuse as normal.

Recovering from any abuse is often a lengthy and difficult process. When a religious element is involved, some survivors may also struggle with indoctrination or the effects of religious trauma syndrome while they work to recover from abuse.

Numerous websites are dedicated to survivors of ritual abuse, and these websites emphasize the importance of supporting those who claim abuse has taken place in the process of seeking help. In some cases, allegations may be false, but when abuse has taken place, it is essential the victim receives help and treatment. Some people who have been abused may have repressed their memories or altered them unconsciously to cope with effects of abuse or other childhood trauma. Therapists can often help individuals explore and rediscover the truth in a safe environment, though the process of recovering repressed memories is somewhat controversial: In some cases, such as that of the McMartin Preschool, “recovered” memories were later shown to be false.

One controversial aspect of the widespread satanic ritual abuse “panic” was the many reports that some mental health professionals had seemingly led the statements of the children who said they had been abused in satanic rituals. Many of these allegations were found to be untrue, though some of the children had in fact been abused in some way. Due to the false allegations, in some cases people began to doubt other claims of abuse.

It is generally considered best practice, however, to believe and investigate claims of abuse until evidence proves abuse did not take place. A qualified and compassionate therapist will be able to offer help to the survivor of abuse and encourage the individual to express feelings and memories of the events, advocating for the individual’s recovery without attempting to prove or disprove the claims made. Some experts have also pointed out the complexity and possibility of false memories of trauma in certain custody cases where a parent was found to have encouraged their child to claim the other parent had abused them.