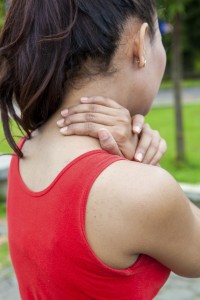 Borderline personality (BP) is estimated to affect between 1.5% and 6% of people in the United States. Core features of BP include black-and-white, all-or-nothing thinking, intense, rapidly shifting emotions and difficulties with emotion regulation, challenges in relationships and with self-image, and a tendency toward impulsivity. All of these can exacerbate distress, decrease coping, and make it harder to function socially, at work, and in general. Furthermore, the prevalence of BP in people with chronic pain is significantly greater than in the general population (30%) and is linked to increased pain severity and poorer coping with pain.

Non-suicidal self-injury is a tool frequently used by those with borderline personality in an effort to decrease emotional pain and induce calm. Those who have BP often report both the absence of pain and an increase in well-being or feelings of euphoria when engaging in self-harm, both of which may reinforce the tendency to continue self-harming as a way of coping.

The relationship between pain, self-injury, and BP is complex. Between 70% and 80% of those diagnosed with BP engage in self-injury to distance themselves from painful emotions and distressing thoughts. On the surface, it is perplexing that BP predisposes individuals to not only higher pain tolerance in the face of acute (short-duration) and self-inflicted pain, but lower pain tolerance, as well as greater pain severity and poorer coping, in response to chronic (ongoing) pain.

The Overlap of Emotional and Physical Pain

Contrary to popular belief, there is no one “pain center” in the brain; multiple brain structures are responsible for the experience of pain. A complex and multifaceted experience, “pain” refers to sensing the location of discomfort, assessing pain severity, registering the quality of pain (e.g., piercing, hot, throbbing, intermittent, etc.), linking to memories related to pain, the emotional response to pain, beliefs one has about the potential for coping with pain, and the ability to devise and follow through with a plan for pain management, among others.

The current and rapidly growing body of research on pain has found that distressing cognitive responses, such as catastrophizing (“I can’t handle this pain; I’m never going to get better!”) and emotional responses, such as depression and anxiety, can worsen both pain severity and coping, as well as challenge one’s ability to stick with a pain management plan that may require patience, persistence, and possibly a temporary increase in pain severity (such as with physical therapy).

This relationship among thoughts, feelings, and physical sensations and their related brain structures is not one-directional: physical pain tends to increase distressing thoughts and emotions and impair coping; distressing thoughts and feelings and poor coping strategies are linked to worsening physical pain. Relatedly, employing adaptive coping, such as taking good care of one’s body via a healthy diet, exercise, and stress management program, and treating any issues related to anxiety or depression, can improve pain and general well-being.

The Brain and Self-Harm as Self-Medication

Borderline personality is associated with increased rejection sensitivity and a tendency to personalize others’ intentions and emotional states. This is thought to occur in part due to over-activation of the amygdala, a small, almond-shaped structure deep in the brain, and under-activation of the anterior cingulate cortex, or ACC.

The amygdala is involved in the experience of intense, often unpleasant emotions, such as anger and fear, as well as emotional memories. The ACC is involved in, among other things, decision making and regulating emotions. Recent research has found that BP is linked to having less gray matter density in the ACC and more in the amygdala, as well as decreased activity in the ACC and increased activity in the amygdala in response to viewing fearful or angry faces.

Theoretically, in response to perceived social rejection, the ACC should help assess the situation, turn down the volume on intense, negative emotions (calm down the amygdala), and help make a “rational” decision about how to handle the situation. This process is compromised in people with borderline personality. Emotional distress due to social pain is a frequent trigger of self-harm in those with BP.

Repeatedly self-harming is thought to stimulate the release of the body’s opioid and cannabinoid receptors, leading to feelings of increased well-being, relaxation, and euphoria. You may be familiar with the effects of exogenous cannabinoids and opioids (those from a source outside of the body). Opioid pain medications are exogenous opioids, and marijuana contains exogenous cannabinoids (the most well known of which is THC). Both substances can prompt feelings of pleasant detachment, pain relief, and euphoria, among other effects.

Self-harm has also been found to increase the predominance of theta brainwaves, which are associated with light sleep, deep meditation, and dissociation, or feeling disconnected from one’s thoughts and feelings. Other studies have found that those with a history of repetitive self-injury had lower cerebrospinal fluid levels of two neuropeptides (proteins) that are associated with analgesia (pain reduction): beta-endorphin and met-enkephalin. It is unclear if low levels of these neuropeptides result from severe childhood trauma, a biological predisposition, or some combination of these. Thus, self-injury appears to prompt the body to release pain-relieving chemicals and induce a trance-like state that blunts physical and emotional pain.

It remains an unfortunate truth that most medical and mental health professionals generally receive minimal or no education about diagnosing and treating chronic pain unless they pursue specialized postgraduate treatment in this area. Imaging, blood tests, and physical exams frequently fail to isolate a cause for many pain syndromes, which can leave both patients and providers feeling frustrated or on the defensive. In the absence of physical evidence for pain, providers may conclude that a person is reporting pain in an effort to gain attention or assistance from others, referred to as “secondary gain.” Providers may also conclude that overwhelming emotions are the sole cause of physical pain.

There is no definitive answer for why borderline personality would be so much more prevalent in people with chronic pain than in the general population.

Although some people do manufacture or exaggerate reports of pain, and emotional distress can be experienced via physical symptoms, the picture is typically more complex for most of those in pain. Furthermore, advances in genetics, immunology, endocrinology, and brain imaging are revealing biological correlates of many pain syndromes once thought to be purely psychogenic (caused by the mind), such as phantom limb pain, irritable bowel syndrome, chronic fatigue/myalgic encephalomyelitis, and fibromyalgia.

Providers who are not well informed about pain can leave pain sufferers both without a plan for pain management and vulnerable to feeling unheard and invalidated. In addition, those who react dismissively to reports of pain and distress are likely to trigger feelings of rejection and abandonment, particularly in those with borderline personality, who are already more vulnerable to these feelings. Overwhelming painful emotions may worsen pain and decrease the ability to manage it.

Why Is Borderline Personality Common in People with Chronic Pain?

There is no definitive answer for why borderline personality would be so much more prevalent in people with chronic pain than in the general population. Because pain is a complex, mind-brain-body phenomenon, one hypothesis is that pain that feels random or beyond one’s control may induce feelings of depression, hopelessness, helplessness, anger, and anxiety—all of which amp up pain. Invalidation by ill-informed providers is more likely to elicit poor coping, particularly in those who may struggle with coping already.

Another possible explanation for the greater prevalence of BP in chronic pain is that when under significant and prolonged stress, everyone is vulnerable to psychological regression, or using earlier ways of coping that are not adaptive in adulthood. Factors associated with BP, such splitting or black-and-white thinking, emotional instability, impulsivity, and greater emotional intensity, may become more prominent when dealing with the ongoing stressor of chronic pain. Furthermore, because many who have borderline personality experienced trauma or neglect at a developmental stage prior to being able to express feelings verbally, regulate their emotions, or negotiate relationships skillfully, the regression prompted by pain may be both retraumatizing and leave those with BP or BP traits feeling unable to process overwhelming emotions directly. This distress may be acted out in interpersonal relationships with providers and others. In addition, unexpressed distress may be somatized, or experienced as bodily pain. This does not mean that a person cannot have an actual chronic pain condition and also somatize; the relationship between the two is often difficult to tease apart.

Finally, as stated above, clinicians unfamiliar with chronic pain may respond in a way that reactivates the experience of invalidation that is thought to be an important factor in developing BP.

Although there is no definitive conclusion as of yet about the reasons for the pain paradox in borderline personality, it appears to be the result of a complex relationship among the following: a biological predisposition to greater emotional pain, and a higher pain threshold for acute pain but a lower tolerance for chronic pain; the analgesic effects of self-harming; and the feelings of helplessness and rejection often inherent in the processes of seeking treatment for chronic pain. For those with BP, self-harming may serve what feels like an essential function in relieving emotional pain; yet, the ongoing and intense stress of chronic pain can overwhelm coping resources and diminish the ability to cope with either pain or the social, medical, and interpersonal challenges that accompany it.