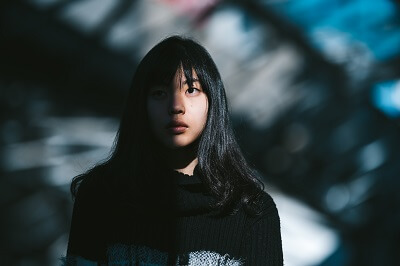 Helplessness, or a sense of being unable to act or react to a negative situation, may be experienced by anyone, especially during illness or when affected by a traumatic event. A persistent feeling of helplessness, however, can last long after a person's actual helplessness disappears. In this case, feelings of helplessness may interfere with daily life and have significant mental health consequences, at which point it may be helpful to speak to a therapist.

Feelings of helplessness can be fueled by trauma, grief, stress, mental health conditions, isolation, and numerous other factors. A person who was raped, for example, might feel unable to leave the house without someone trusted to accompany him or her. People experiencing mental health issues, particularly depression, may also feel helpless. Someone with major depression might find it nearly impossible to get out of bed in the morning, feeling powerless in the face of stress and unable to believe that anything can be done to alleviate those feelings. Helplessness can also sometimes represent issues with self-esteem.

Helplessness can also be a tool of manipulation. Some people behave in helpless ways to gain attention from others and to avoid feeling abandoned. A child might deliberately fail classes or an adult might purposely attempt to be fired from work in order to elicit sympathy and attention. Feigned incompetence is another form of helplessness that can be used as a tool of manipulation.

Helplessness and victimhood are closely related. Victimhood can be described as a persistent state of feeling victimized, either through loss of a sense of self-worth and security, or feelings of negativity and vulnerability. It may be fueled by a fear of success or stem from a lack of self-trust and is also often characterized by a focus on what cannot be controlled. This focus can often lead to a further loss of control over life. A victim mentality, or belief that others are responsible for all negative events and circumstances, might include:

The concept of learned helplessness, developed in the 1960s by Martin Seligman, was first demonstrated in animals. Researchers discovered that an animal repeatedly exposed to a painful stimulus that could not be avoided would eventually stop trying to escape. When applying this to people, Seligman found that the motivation to react is subdued when control over a situation is lost, even when the situation changes so that control might be taken back.

Learned helplessness can lead to a development of negative beliefs about one's abilities and a tendency to take on blame when things go wrong. The condition often occurs from a lack of control, either real or perceived, over one's situation. A child who is repeatedly bullied at school by older children might begin to believe that there is no way out of the situation and stop fighting back or trying to run away. Children who experience a traumatic childhood may still feel powerless as adults, believing they cannot improve any situation in their lives. Learned helplessness can disrupt development and learning and can also lead to depression and other mental health conditions.

Therapy for Helplessness and Victimhood

Therapy can often help those who experience a lasting state of learned helplessness or victimhood by exposing the real causes of the issues, such as childhood trauma, lack of functional relationships with authority and parental figures during childhood, an abusive relationship, or a fear of success. Through psychotherapy, those who are affected by these conditions may learn how to begin to focus on what they can control and thus gain more influence over life.

Eye movement desensitization and reprocessing (EMDR) is often a helpful form of therapy for trauma, as it allows a person to address trauma without discussing many disturbing details at length. EMDR also supports the development of positive beliefs about the self and attempts to reduce negative beliefs. Cognitive behavioral therapy techniques have been used successfully in treatment to instill what Seligman termed "learned optimism," which can replace learned helplessness. A person might also be able to reduce feelings of helplessness by facing fears through exposure therapy, which attempts to help those in therapy face their memories of a traumatic event in a safe environment where they can be certain the trauma will not reoccur. Working through fear in this way often causes the fear to diminish.

Feelings of victimhood may also be resolved when responsibility for past actions and choices can be accepted. Low self-esteem, depression, and anxiety are all issues that might occur in conjunction with helplessness or victimhood. These conditions can often be treated in therapy, and treating one area may lead to improvement in the other. Posttraumatic stress may also lead to feelings of helplessness, which may often resolve when the PTSD is treated.

Logotherapy, developed by Holocaust survivor Viktor Frankl, is a therapeutic process that aims to help individuals find meaning in their lives, and the technique may be of some benefit to survivors of abuse or trauma who lack purpose or direction after a difficult and distressing experience. The technique might be particularly helpful to those who experience anxiety or a phobia as a result of trauma: One aspect of logotherapy is paradoxical intention, which helps people find relief from anxiety by focusing on what causes the anxiety in order to expunge it.

Survivors of rape, abuse, or other trauma may find it difficult to regain feelings of control, but many have found that exercise, such as martial arts, running, and yoga, can be a helpful self-care method that leads to a sense of regained control. Because the endorphins released during exercise can help minimize stress and anxiety, physical tension can be reduced through exercise, and people often find that physical exertion helps them reconnect with their body and their mind. This physical and mental reconnect might also relieve feelings of helplessness as a sense of control over the body is regained.

Survivors of assault or other violent crimes might find that confronting their attacker in a controlled circumstance, such as court, may help them regain feelings of control. Knowing an attacker has been imprisoned might often lead to closure for victims and thus reduce their feelings of helplessness.