Should We Abolish the Diagnosis of Borderline Personality? 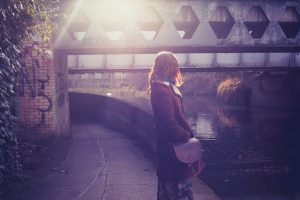 The diagnosis of “borderline personality disorder” carries profound stigma for many people. Even some mental health professionals use the term pejoratively, which is not difficult considering that the diagnosis itself implies that someone’s personality is flawed. In reality, the flaw lies within the diagnosis—not to mention all the painful and agitating symptoms that come with it.

I will go into more depth about these challenges, but first a definition is in order.

What Is ‘Borderline Personality Disorder’?

People who are diagnosed with borderline personality tend to have problems with unstable self-image, moods, and relationships. They may experience suicidal thoughts, self-harming behaviors, displays of anger or irritability, and periods of intense sadness or despair called “dysphoria” (the opposite of euphoria).

To receive a diagnosis of borderline personality, a person must meet at least five of the nine characteristics below. Keep in mind while reading the list that, in order to qualify for the diagnosis, the person’s symptoms must be longstanding and inflexible, not just occasional ways of relating to life:

For many years, borderline personality disorder was considered untreatable. Now, decades of research and treatments have illuminated the errors in such thinking. For one thing, we know that many people “grow out” of the disorder as they age. For another, a great many people with the diagnosis respond positively to treatments such as dialectical behavior therapy.

“I believe that by labeling a person as personality disordered or, in its more gentle form, stating that a person has a personality disorder, we are essentially claiming one’s personality, their person-hood, their essence, is fundamentally flawed. What else are we, other than our personality? Such a diagnosis is very, if not absolutely, likely to produce more shame, worthlessness, and rejection in a person who probably has enough of it already.”

I agree with his analysis. In some ways, the situation is even worse for people diagnosed with borderline personality. Any mental health diagnosis can engender feelings of shame, or of being “fundamentally flawed.” On top of that, feelings of shame and badness are both symptoms and consequences of borderline personality. This can create a vicious cycle, as if the diagnostic label alone confirms the feelings of defectiveness that came well before the diagnosis.

Too often, some mental health professionals add to the stigma. It is well known that some clinicians have applied the label “borderline” merely because they do not see an individual improving, or the individual poses challenges such as expressing overt anger toward the therapist. For some therapists, it is easier to blame the client for treatment’s lack of success than it is to look at the clinician’s own inability to help.

Another source of stigma concerns others’ tendencies to judge the person, rather than the person’s behaviors. Some, though certainly not all, people with borderline personality may cope or express their pain in ways that hurt those around them. They may yell or even be physically violent, make unrealistic demands, display intense sadness or anger at what seems a disproportionately small provocation, or even attempt suicide or hurt themselves in ways that make another person feel manipulated.

It helps to keep in mind the fundamental, excruciating pain that often underlies borderline personality disorder. Marsha Linehan, the psychologist who created dialectical behavior therapy, compares the behaviors of people with borderline personality disorder to those of people with painful cancer who will do anything to reduce their pain. The cancer patients may cry, scream, or attempt to “manipulate” others in order to get their pain medication. But we seldom view their efforts negatively, because we understand their abject suffering. Their behaviors make sense.

So, Should the Diagnosis Be Abolished?

I agree with other critics that the label “borderline personality disorder” can compound an already painful situation for people, especially the newly diagnosed. But I also find value in the diagnosis—not the name, but the concept.

Before diagnosis, people with borderline personality often feel bewildered. They may deeply experience their internal chaos yet find that few people understand. I have worked clinically with many people who felt soothed when they learned their problems fell into a distinct category that millions of other people shared. These people felt they were no longer alone.

Once people have a name for a condition, they can more easily find information about challenges and ways to heal. They can find other likeminded people in online support groups. Also, diagnoses enable clinicians to better treat people. Clinicians can draw from a large body of research on borderline personality to identify the best treatment options for individual clients.

The diagnostic label deserves to be changed, but the construct itself should remain, as long as it is supported by continued research. Some researchers, like the psychologist Judith Herman, think that borderline personality actually is a type of posttraumatic stress, and should be reclassified as such. But the idea has not gained much momentum in the field of psychiatric diagnosis.

Changing the name, too, is a pipe dream for now. The American Psychiatric Association only months ago released its first overhaul in almost 20 years of the Diagnostic and Statistical Manual of Mental Disorders, and the group never seriously considered altering the name. That is a shame. The name of a diagnosis should describe the problem—in this case, problems regulating emotions—not the personality. Others have proposed alternate names. My preferred label is one proposed by Dr. Linehan, “Emotion Dysregulation Disorder.”

What Can We Do to Diminish the Stigma?

Use the word “borderline” appropriately. Do not use the word “borderline” as an insult. This especially applies to mental health professionals. I have worked in the mental health field for almost 20 years, and it is disheartening how many times I have heard a professional say “She is so borderline,” or “What a borderline.” Borderline is an adjective to describe a series of symptoms, not a person. And it certainly is not a noun.

Be clear that stigma is undeserved. When we discuss how stigmatizing the diagnosis of borderline personality can be, it is necessary to make clear that the stigma is unfounded. Despite appearances or assumptions, the label does not truly mean that somebody’s personality is flawed. We need not buy into the pejorative meaning.

Exercise compassion. Whether you know somebody with borderline personality or have the symptoms yourself, always keep in mind the underlying pain and anger that can drive behaviors. This is not to say that people with borderline personality are not responsible for their behaviors and cannot make changes. Rather, a compassionate stance helps diminish shame. It also emphasizes the possibility that people can learn more constructive ways to manage their emotions.

More and more, we learn about effective ways to treat people who are diagnosed with borderline personality. These gains in knowledge lead to more hope: hope for people to heal, and hope for the condition, by whatever name, to elicit less stigma and more understanding.