Avoiding Sex Addiction after a Breakup 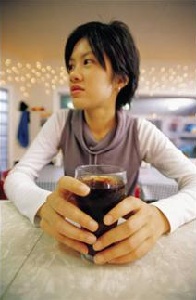 In many ways it would appear that breaking up is similar to falling in love. I know what you are thinking, and you are right – it’s not quite the same thing. However, in terms of the physiological effects that it has on your mind, psyche and body, it would appear to have quite a significant effect as it can potentially turn your world upside down.

Breakups can throw our worlds into a chaos similar to falling in love, I would suggest. Dr. Helen Fisher wrote a book called Why We Love, and in her book she discussed the chemical changes that actually take place in the human brain and body when one ‘falls in love,’ which she surmised was similar to being on cocaine. In the early stages of, what she describes as lust and romantic love, the brain goes through a series of changes, which can be best described as exciting, but chaotic. The third stage is the attachment phase, or long-term love, which is basically biology’s way of allowing couples to raise children together; not as chaotic, and not as exciting, but with deep trust and love. In breakups, we experience a similar chaos, though perhaps not quite as exciting, and sometimes perhaps downright tumultuous. Now, most of us hope that we won’t have to get to this stage of “breaking up,” but sometimes it’s actually bound to happen and is in fact a blessing, perhaps in disguise, as it will undoubtedly force us to grow and heal. Like ripping a band-aid off, breakups do allow for new cell growth, if given the proper time and patience.

Breakups are not only a chaotic time, but are also a vulnerable time for most. The early stages of breakup periods, if not dealt with consciously, with allowance for grieving, and sadness, can lead to a slew of other problems. Many people turn to other sources for solace in the early stages of a breakup: alcohol, drugs, food, one-night stands, dating, and sex, to name a few. Some people do this, but not all. Some people turn inwards, decide to eat healthy, exercise, spend some quality time alone, and balance it with friends, work and family. Others may jump head first into some other relationship, without a break from their current life, and start over anew. The point is that jumping head first into something new, whether it be a new relationship, or even just work, or random one-night stands, though they may feel good in the moment, during this time of new vulnerability can lead to bigger and greater problems down the road.

Let’s talk about sex for just a brief moment. After a long-term relationship, some people may find that their sexual drives are at an all time high. People respond to this increase in arousal in several different ways. Finding another long-term partner to focus your affections on is one way, and finding a series of anonymous or one-night stand hook-ups might be yet another way. Either way may be fine for you; however, it is very important to take care, as jumping head first into either of these options could halt the healing process, and in many cases adds on a whole other series or problems to the fold. Sex addiction is amongst those possibilities. Addictions often develop as a result of anxieties which require soothing. Acting out sexually could, in the moment, alleviate one’s anxiety, but in the long run can turn into an escape from dealing with one’s problems in the present, which could eventually turn into an addiction.

The main thing to remember during a breakup is what to not do. Avoid jumping into something new right away, and avoid patterns that alleviate pain, temporarily. Do allow yourself to sit and feel the pain, as difficult as that may seem. Allow yourself to be alone, to sit alone. Give yourself time to think, breathe and exist in your own pain. Pain and suffering are a part of life. Avoiding the inevitable strips us of growth, as it doesn’t allow us to utilize our own coping skills, which in the end are akin to survival. Develop those survival skills now, not later. In addition, allowing our own healing to occur now can prevent a slew of maladies later on. Sometimes a breakup can seem like the end of the world, and it’s hard to hear these words, but trust me when I say time heals all wounds.

Related Articles:
Phases of Healing
3 Things You Can Do in Overcoming Sex Addiction
Why Does Mr. Wrong Feel Like Mr. Right?