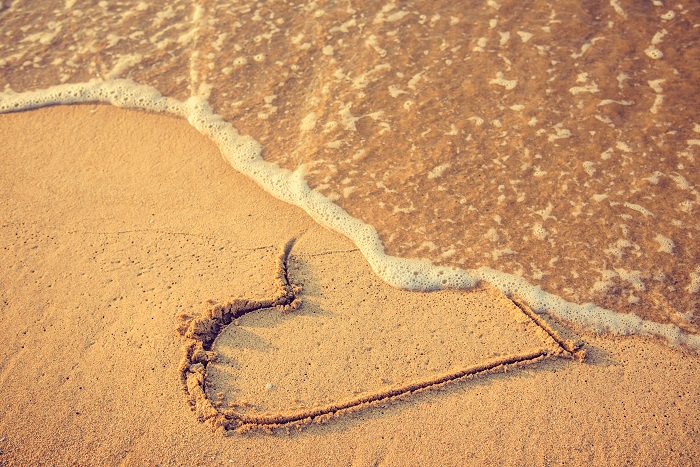 A breakup is the end of a committed romantic relationship between dating partners. Though divorce, the legal separation of a married couple, is a type of breakup, the term breakup is most often used to refer to the end of a relationship between unmarried people. A mental health professional might be a helpful source of support when working through a difficult breakup.

What Is a Breakup?

Couples involved in romantic relationships often make commitments to one another such as moving in together, regularly spending a certain amount of time with each other, and agreeing to not see other people. A breakup will often occur when at least one member of the couple no longer wishes to honor these commitments.

A breakup may be considered to be positive or negative, depending on how the people involved felt about the relationship. One or both partners might regret the end of the relationship but still feel as though its end was for the best, and this knowledge which may still cause emotional upset, even if the relationship was troubled. The end of a relationship may also be met with unconcern or ambivalence. Typically, casual relationships are easier to end and move on from than long-term, serious relationships.

People in a relationship might also end it after realizing that they have different goals or values. These values may have been different when the relationship began, or they may have changed over the course of the relationship as the two people grew, both individually and as a couple. Sometimes one partner may discover feelings for someone else or simply lose interest in and attraction to the other person; it can be hard to be honest with a dating partner about these situations for fear of hurting that person.

Sometimes two people are simply incompatible with each other, even though they may have feelings for each other and enjoy doing certain activities together. When a relationship fails to thrive and the people in the relationship feel unhappy or uneasy about spending time together more often than they feel excited or enjoy the time they spend together, they may decide that breaking up is best for both of them.

The act of emotionally withdrawing from a relationship when one is ready to move on may appear to be easier than initiating an often painful conversation about breaking up. However, because this strategy may lead to more confusion and pain in the long run, discussing the breakup sooner rather than later may be the best course of action. Before beginning the conversation, it can help to carefully consider the reasons that a breakup may be for the best so that these reasons can be stated clearly and honestly to the other person. The possibility that the other person might react negatively may be another reason one delays the initiation of a breakup. In this case, preparing for potential negative reactions may be helpful and may also help one have more sensitivity.

Coping with a Breakup

A study published in Social Psychological & Personality Science found that discussing a breakup and considering the reasons why it might have happened is often helpful: Reflection may help regain a sense of self, which may make it easier to move on. Relationships are a significant part of life, and it is generally necessary to acknowledge their importance and the pain and sadness that accompanies their loss in order to move on. Focusing on self-care after a breakup may be helpful and ease the recovery process: eating well, getting sufficient sleep, staying active, avoiding potentially harmful behaviors such as excessive drinking or drug use, and accepting support and care from family and friends are all likely to benefit healing and improve one's outlook.

Although a breakup can lead to feelings of inadequacy or guilt, it can also be helpful to instead consider personal growth and the things learned, positive or negative, from the time spent in the relationship. If a relationship did not work out, it may be helpful to know why, so that this knowledge can be applied to future relationships.

Even a painful breakup can lead to positive growth. A period of loneliness that stems from a breakup can be a time of growth and discovery. Priorities, values, and life goals all may have changed, and new interests may have developed. It may be difficult to enjoy an activity that was shared with an ex-partner, but it may also be helpful to accept that interests can still be shared, though the relationship is over, and this knowledge may also be helpful in the recovery process.

A breakup can be painful, and the emotional weight of a breakup may be determined by a number of factors, such as:

People sometimes refer to themselves as broken-hearted when going through a breakup, and the process of grieving a relationship is very similar to grieving other losses. The amount of time it takes to get over a breakup can vary greatly; when a short-term relationship ends, a person might feel fine after only a few days, but when a long-term relationship ends, it can take months or years to fully grieve. Because more couples are cohabitating on a long-term basis, a breakup may often be very similar to a divorce and involve significant emotional turmoil due to the end of shared friendships, division of shared belongings, and occasionally, custody issues.

Sometimes couples break up and get back together, break up but still have sex, or remain in contact as friends for some period of time after the breakup. However, research suggests that, even though some people may consider making up to be a good thing, that couples who are "on-again, off-again" are often less satisfied in their relationships.

Breakups are a common cause of situational depression, and some people are so distraught by their breakups that they become suicidal. Therapists and other mental health professionals frequently help people work through unresolved feelings they may have after a breakup.

Experiencing a breakup can lead to stress, anxiety, and depression, especially if the relationship that ends was a serious one. No matter the situation, at the end of a relationship, a person might be sad, angry, confused, or otherwise emotionally affected. This inner turmoil may even be felt by the partner who wanted or initiated the breakup.

When a breakup causes overwhelming feelings that are difficult to cope with, interfere with the ability to complete daily activities, or influence the reevaluation of one's life path, a therapist or counselor can often be a supportive, helpful part of the healing process, particularly when conditions such as depression, low self-esteem, grief, or posttraumatic stress develop following a breakup.

In therapy, a person can discuss any emotions or difficulties experienced and explore ways to cope with negative feelings. A therapist can help address any guilt or self-blame that may be experienced and help a person come to terms with the end of the relationship. Should a person feel suicidal or depressed after a breakup, a therapist can also help treat these conditions.