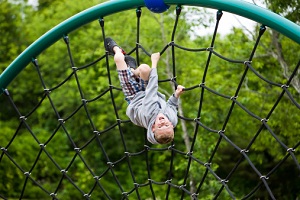 Do you find yourself stuck in bad situations, feeling as if there’s no way out? Do you tend to give up before trying in order to avoid the pain of self-perceived, inevitable failure? Do you blow off your successes, assuming it was an accident things went so well? If so you might have a well-known psychological condition known as learned helplessness, which causes emotional or physical pain every day for millions. The good news is that you are not stuck. Help is available.

Learned helplessness often begins in childhood for those who’ve experience neglect or abuse, or who’ve witnessed a parent show signs of this condition. Perhaps as an infant, their cries for their mother were met with silence. Eventually they learned that there was no reason to cry, since their mother would not come to their aid.

Maybe this child sought help from a parent to keep them away from an abuser, but the mother did nothing to help. In families with learned helplessness it’s not unusual for these mothers to respond either with silence, or to say there are no other options available and they just have to live with it. The mother allows the abuse to continue because she feels there’s no place to go, no money to support her children and herself. She settles. The child learns to do the same.

When a child works hard in school, bringing home good grades, yet continues to receive nothing in the way of praise from their parents, they give up in their efforts—realizing that it is a futile effort if they expect to gain love, praise, and attention from their parents. If a good teacher is involved, sometimes this can keep the child motivated to accomplish their best.

When children perform to receive love and other signs of positive feedback from their parents and their needs are unmet, they often give up due to learned helplessness. Abusive parents punish their children for not doing well enough or for not doing enough. It’s not about the child. It’s about the parents’ own unresolved issues. Sometimes the parent messes up, but blames it on the child. Either way, this teaches the child that no matter how hard they try, they can never do well enough. They give up, again due to this sense of learned helplessness about their situation in life.

People who struggle with learned helplessness blame themselves for everything. They struggle, as a result, with low self esteem and depression. When a parent tells their child (literally or through unspoken words) that their life is as good as it will get—that they cannot and should not expect their life to improve—the pattern then carries to another generation. This is why we sometimes see families who become more and more unhealthy, generation after generation. They give up, assuming any efforts put forth on their part will be futile.

As this child becomes an adult, they continue using this psychological approach in their adult efforts, with fear as the driving force behind these attempted efforts. These adults may fear that success is impossible, so they give up before they get started or they stop before they succeed. They may be fearful that others will judge them—or worse, they may judge themselves harshly for not being good enough. This condition is called perfectionism. Adults in this situation either give up on attempting important milestones in their adult lives, or they give up before they can complete these milestones. These include dating, receiving higher education, choosing a mate, choosing a career, being a parent, etc.

In most cases, feeling they will never achieve better, no matter how much they try or how hard they work, these individuals end up settling. They feel they have no control over their situations and surroundings in life. Research has shown that learned helplessness inhibits ones emotional growth and development and can leave a person struggling with depression, anxiety, and guilt. These individuals feel that they should achieve more and feel stupid, lazy, worthless, and non-deserving of accomplishing more. In addition, any failed attempts serve as reminders to the person that they are stupid, lazy, worthless, and non-deserving of accomplishing more in life. A self-fulfilling prophecy unfurls, leading many to finally give up altogether since the pain of not succeeding—in these individuals’ eyes—is too painful to face.

If you feel like a failure much of the time, experiencing depression, anxiety, and guilt because you feel that you avoid risks and personal growth, consider speaking with a licensed therapist. Sometimes the hardest part is realizing this is an issue for you. You can overcome this way of experiencing life; the past does not have to dictate your present or future.

Children have no power or control in their lives, but adults do, even when they don’t yet realize it. With the help of a knowledgeable and compassionate therapist, you can explore where these feelings of learned helplessness originated from, overcome this unhealthy way of thinking—replacing the old beliefs with new and healthy beliefs—and learn to have compassion for yourself.