Sexual Anorexia: When Does Not Enough Become a Problem? 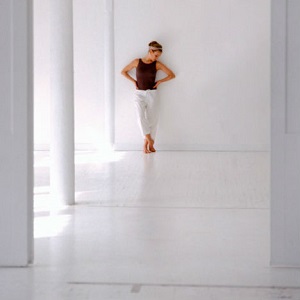 When is not enough sex too little by far?

When we talk about sex addiction, most of us think of someone who is unable to stop engaging in sexual activity. And most of us can understand that too much sex can be dangerous, due to the potential for acquiring sexually transmitted diseases, losing a committed l relationship, or experiencing a decline in health. But no one ever died from lack of sex, right? Surprisingly, addiction can be described as too much or too little—excess or deprivation.

Sexual deprivation, also known as sexual anorexia, has severe physical and psychological consequences, and many people come to me looking for help in tackling and unraveling this serious problem. By the way, a significant percentage of the people I work with by phone are struggling with sexual anorexia. Often, these people feel more ashamed and embarrassed than those with a more traditional form of sex addiction. Before you think you don’t know anyone like that, remember that they will probably keep their secret, feeling deeply out of sync with a culture that constantly promotes sex but is sadly unconscious about sexuality.

Perhaps you suffer quietly with sexual anorexia, consumed by dread of sexual pleasure yet filled with fears and sexual self-doubts. If so, you may find Dr. Patrick Carnes’ excellent book, Sexual Anorexia helpful. He explains what sexual anorexics are not, “It is not inhibited sexual desire they are experiencing, although often they possess a naïveté, an innocence, or even a prejudice against sex. It is not about being cold and unresponsive although that certainly is a way in which they protect themselves against the hurt.”

He continues, describing a number of other reasons that people contact sex therapists, “It is not about religious belief, although religious sexual oppression may have been a place to hide. It is not about guilt and shame, although those feelings are powerfully experienced.” Nor, I might add, is it about sexual betrayal or rejection, though these are themes I hear quite often. It is simply the emptiness of profound deprivation, the silent suffering known as sexual anorexia.

The word anorexia comes from the Greek word orexis, meaning appetite. Thus an-orexis translates as ‘denial of appetite.’ And most of us associate it with the obsessive avoidance of food, or self-starvation. The steadfast refusal to eat can become a way for food anorexics to assert a kind of power over others, especially those they feel are trying to control them in some way. Many food anorexics are driven by a powerful need to achieve a Barbie-doll figure. The terror of sexual rejection is the primary force behind this striving for impossible thinness. Sexual anorexics often share these same fears and distortion of thought. Dr. Carnes notes that in both cases, the sufferers starve themselves in the midst of plenty. That’s been true in my experience too—the majority of sexual anorexics that I’ve worked with have had partners or spouses who were more than willing to engage sexually.

There are striking parallels between food anorexia and sexual anorexia: the essential loss of self, the same thought distortions, the same extreme self-hatred and isolation. Both types struggle for some kind of control over themselves and others, usually the people closest to them. Food anorexics will sometimes become “bulimic,” bingeing with compulsive overeating, and then purging by self-induced vomiting. In a similar fashion sexual anorexics often “act out” with periods of sexual promiscuity or exaggerated frequency. One woman I worked with reported that she only approached her boyfriend for sex twice per year, but when she did she demanded nonstop intercourse or would masturbate to the point that she bled.

Sexual anorexics can be men or women, heterosexual or homosexual. Many have histories of childhood abuse and neglect, sexual and otherwise, what one person I worked with called “my dark secrets.” At some point, they experienced profound loss of trust, causing their “wires to cross,” or their sexual arousal template to be affected. The more frightened you are, the stronger your need to maintain some semblance of control.

Since most sexual anorexics are unaware of the hidden trauma driving them, I’ve found therapy can be very helpful. One man I worked with expressed amazement that “there’s actually a name for this horrible suffering.”