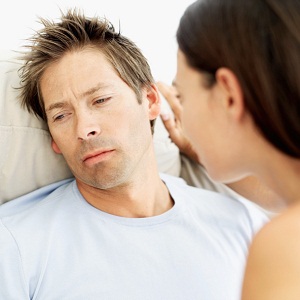 Deprivation creates the illusion of control. In food anorexia, the person refuses to eat, controlling exactly what goes in her body; in sexual anorexia the person denies access to sexual penetration and emotional contact.  Convinced that “no one can hurt me if I don’t let them in,” sexual anorexics experience an emotional wasting away as they become increasingly isolated.

Much like bulimics, sexual anorexics may enact a “binge and purge” cycle. Individuals may go through periods of extreme deprivation of sex followed by promiscuous sexual behavior. Sexual addicts, in an attempt to control their compulsive behavior, may even enforce an anorexic phase—born out of self-hatred, or as punishment or atonement for sexual acting out. In Ready to Heal: Women Facing Love, Sex, and Relationship Addiction, Kelly McDaniel writes, “Sexual anorexia is an extreme aversion to closeness, and sexual addiction is an objectification of the other person that makes closeness impossible.”

Other compulsive deprivation behaviors such as hoarding, being a workaholic, debting, and saving may accompany sexual anorexia. Sexual anorexics also may be overweight or obese, as eating can soothe their anxiety and protect them from the advances of others by making them appear sexually undesirable.

People who are this terrified of human contact can have sustained serious wounds of abuse. This could be an obvious trauma, such as sexual abuse by a parent or caretaker, or by the more covert injury of a negligent, disinterested parent.  Infants and children need consistent attention and love from their caregivers, and the absence of these can be just as damaging as abuse. It is particularly devastating when a child, wounded at the hands of a parent, realizes there is no one to turn to for solace. This corruption of trust and safety teaches the child to fear their own need to be connected to others.

People with sexual anorexia and other intimacy issues long for affection, but they have learned through trauma that they are undeserving of love and that others cannot be trusted. Because of how horribly they have been wronged by others, rigid isolation appears to be the only way to feel safe.

Reaching out for help can be very difficult for someone who has been unable to depend on others, but it is essential for recovery. Support groups can help a person to feel less alone and can strengthen his or her capacity for intimate connection with others. Individual therapy can help people with sexual anorexia explore their pain and mistrust of others, and can create a corrective, caring relationship with a stable other.