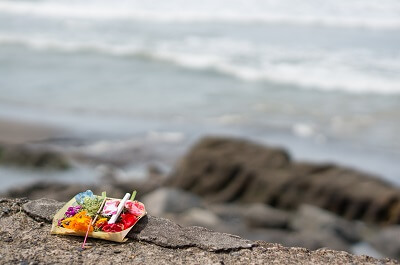 Religion, or an organized system of beliefs that typically relates to one's faith and trust in a higher power, is a defining characteristic of the way many people live and make decisions. A person may base a number of life choices on religious views, but when aspects of a person's life conflict with religious ideals, it may be difficult to reconcile the two, and doubt and distress may result.

When a person is challenged by religious beliefs, finds that they lead to uncharacteristic actions, or experiences mental distress as a result of internal doubt or external persecution, the support of a therapist or other mental health professional may be recommended.

Though spirituality and religion can be considered to be related concepts, they are not entirely the same thing. While one may express spirituality through religion, spirituality is generally held to be a broader sense of connection to nature, the universe, and perhaps a higher power, but not necessarily one that is directly identified. Spirituality may consist of looser beliefs or practices than organized religion, though it may also involve meditation, yoga, dance, and so on. Religion is often more formalized, and individuals who are religious typically identify themselves as belonging to a certain faith or subscribing to a particular set of beliefs.

Religion can have a significant impact on the way a person lives and experiences life. A person who is religious may find a number of areas in life to be at least somewhat influenced by their beliefs. A person may develop faith in accordance with childhood beliefs or as a result of personal searching. Some individuals may experience persecution or discrimination as a result of their belief system. Others might have certain beliefs imposed upon them by family, friends, or intimate partners and feel obligated to uphold these beliefs, even when they differ from personal views. Individuals may choose an intimate partner through their church, or make the decision to marry and have a family based on their religious beliefs and views. A person's friendships or relationships with family members may also be impacted, positively or negatively, by their belief system.

Many people find their religious faith to be a source of comfort and solace. They may find that believing in a higher power gives their life meaning and provides them with a set of standards or moral code to live by. Religious faith may make it easier for some to cope with challenges in life and practice compassion toward others.  However, some religions may deviate from their outlined doctrine, operate under principles that can be harmful to mental or physical well-being, or discourage individuals from expressing certain aspects of their nature. When this is the case, a person may begin to question or doubt aspects of faith, which can lead to emotional and mental distress.

When a person feels conflicted or challenged by religious issues, doubt, anxiety, or depressive symptoms may be the result. Spiritual or religious challenges may effect changes in one's beliefs and practices, behaviors and feelings toward others, and relationship to one's self. Those who are questioning their faith may feel off-balance or uncertain, experience anxiety, or fear divine retribution for their doubts, especially when their faith is based on belief in a punitive god. Some may use drugs or alcohol to cope, self-harm, or experience thoughts of suicide.

Religious discrimination and persecution can also have harmful effects on a person's well-being. Not only might some individuals experience anxiety, depression, or stress, some may be victimized by acts of physical violence, which can lead to posttraumatic stress as well as personal harm.

A recent study, which examined the correlation between religious beliefs and mental health concerns, suggested that the type of god one worships may have an effect on one's mental and emotional health. Research found that those who believed in a vengeful or angry deity, as opposed to a benevolent or uninvolved deity, were more likely to experience mental health concerns such as social anxiety, paranoia, and obsessions and compulsions.

Other effects of religious views on mental health can be seen in the somewhat controversial condition known as religious trauma syndrome. Formally labeled in 2011 by human development consultant Dr. Marlene Winell, RTS describes a collection of symptoms that are often seen in those who have had a harmful experience with religion. RTS can result from the experience of belonging to a controlling religion or develop as part of the impact of departure from certain religious groups. Symptoms might include fear, anxiety, flashbacks, nightmares, panic attacks, depression, and difficulty functioning socially. Often, individuals experience intense fear at the thought of divine punishment, even when they no longer believe in the doctrine of a particular religion, and this fear and distress may follow them for years after their departure from the religious group. Other symptoms may include feelings of worthlessness, learned helplessness, and acts of self-harm.

Many individuals who grow up in religious households develop religious views different from those of their parents as they become adults. Questioning tenets of a previously held faith can be difficult, especially when one's entire family follows the faith. A person who becomes agnostic or atheist may still find themselves affected by some aspects of religious doctrine, and parents and other family members may not accept the religious transition and attempt to "re-convert" the individual. Therapy can be helpful in addressing these and other issues that may arise in the process of questioning one's faith or attempting to share one's beliefs with family members, friends, and other loved ones. 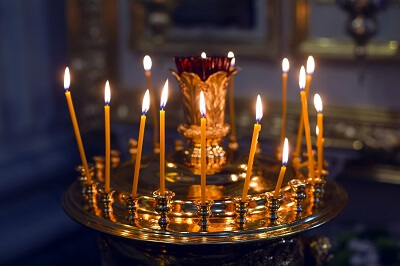 Individuals challenged by issues relating to religion may find it helpful to address and explore these concerns in therapy. Though many therapists may hesitate to include discussion of religion in therapy, as doing is considered to be a somewhat controversial practice, a therapist may be able to offer guidance without either supporting or rejecting a person's beliefs. Instead, the therapist can help the person seeking treatment to clarify areas of doubt or confusion, identify symptoms or general mental distress, and address any effects that religion may be having on health or well-being. A therapist who does not allow bias to color the discussion, who approaches religion—and any other topic discussed—with sensitivity and care, and who respects the faith of a person in therapy may be able to uncover areas of concern relating to one's religion, offer support to individuals coping with religious discrimination or persecution, help people in therapy to reconcile areas of conflict between their religion and their lives, and help individuals develop a greater understanding of themselves, both as a member of their faith and apart from it.

When individuals present with symptoms of religious trauma syndrome or have otherwise experienced harm as a result of religious beliefs, a mental health professional may often be able to treat these symptoms and help individuals recognize the trauma they have experienced and begin to reframe thoughts and beliefs in a way that supports mental well-being. Attending group sessions with other people who have left controlling religions may also be recommended to individuals seeking help with religious trauma.

When one still feels a sense of belonging to one's faith but begins to doubt one or more aspects of the doctrine, a mental health professional may be able to help that person identify and clarify any concerns and explore solutions and coping methods in a neutral way. In some cases, a secular therapist or mental health professional may provide a referral to a pastoral or faith-based counselor or encourage the person in therapy to seek out guidance from a church member or leader in addition to therapy.

Certified pastoral counselors are licensed mental health professionals who work to provide those seeking therapy with a treatment model that combines spiritual and theological training with psychological understanding. Pastoral counselors generally welcome individuals from all faiths, respecting the individual religious traditions and spiritual commitments of those in therapy. The goal of pastoral counseling is to accommodate an individual's spiritual beliefs into therapy in order to address areas of concern, whether they relate to religion or not, and a variety of approaches and therapeutic methods may be used. Some individuals may prefer to communicate with a member of their religious faith when experiencing mental health challenges or other difficulties in life, but others may find that a pastoral counselor can also provide them with spiritual guidance.