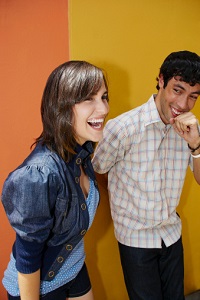 What is the relationship between having a problem with your significant other and not having individuated successfully?

Successful individuation means that you have navigated into young adulthood and developed a sense of your unique self. Moreover, you have developed a comfort with that self, and are not easily swayed when faced with the pull from your parents and early significant others to be someone other than who you are. This means you can tolerate the feeling that others may not fully agree with or approve of your choices, feelings, desires, actions, or beliefs.

If you have not successfully individuated—and this is always a matter of degree—you will have difficulty asserting yourself in significant relationships and may experience anxiety and lack of self-esteem or self-confidence as you engage in your life.

There are many ways that problems can arise between couples when one or both partners have had problems individuating. “Dan” and “Laura” are a composite couple, based on the couples I work with in couples therapy. Their relationship illustrates the kinds of dynamics that can interfere with optimal functioning in a relationship.

Dan and Lara are both 24 years old. They met during their senior year of college. After dating casually for about three months, they thought of themselves as a couple and agreed to an exclusive relationship. They describe themselves as happy together; they share interests, and assume they will marry in the coming year. They entered couples therapy when Lara started to feel anxious about getting married. Dan was surprised by Lara’s feelings and feared that Lara would leave him. He couldn’t make sense of why, when they didn’t fight and they seemed so compatible, Lara would have any worries.

As we talked in couples therapy, Lara began to express some of her worries. She worried about the fact that Dan always agreed with her. He never expressed any wishes for different friends, entertainment choices, or political ideas. At first Lara thought it was great that they didn’t fight and she always got what she wanted. When Dan and Lara moved in together, Dan was fine with anything Lara wanted to do to decorate the apartment.

After a while, Lara began to wish for more collaboration. When she asked Dan what he would like, he always replied, “Whatever you want is okay with me.” In our sessions, Lara realized that this left her feeling uneasy and wondering, “Where is Dan? Who is Dan?”

Dan was surprised to learn about Lara’s feelings. He said he felt that Lara had very clear ideas about what she wanted and he didn’t, so it was fine with him. He said he sensed that the choices that Lara made were very important to her and that she would not like to be required to do things or choose things that were different from her own wishes.  This was okay with Dan. His thinking was that there was no point in making Lara angry if the choice was of no consequence to him.

Let’s look at Dan and Lara’s individuation experiences so we can see what sense of self each person brought into the relationship, and how the interaction between these selves plays out to create the ways Lara and Dan relate.

Dan described his relationship with his parents as very close. He felt they appreciated and approved of his choices. But as we explored his early life, it became apparent that Dan’s parents were very controlling and had very definite ideas about the right and wrong ways to do things. For example, they insisted that Dan go out for sports, even though he recalled that he really preferred to play music.

Thinking back, he remembered that he didn’t want to fight with his parents. When he would express his own wishes, they would respond to him in a dismissive way, leaving him uncertain about his ability to make good choices for himself. Over time, he learned to enjoy his parents’ admiration for being the son they wanted, rather than risk their negative feelings to become his own unique self.  In our work together, Dan realized that as long as there was no conflict in his relationship with his parents, he could feel good about himself. Conflict made him question the validity of his ideas and jeopardized his feelings of self-confidence and self-esteem.

He soon recognized how this pattern was repeating itself with Lara. The sense of self that predominated in his relationship with Lara was that he was loveable and admirable as long as he didn’t create conflict. He believed that she, like his parents, seemed to know what was right. If he could rely on her to make choices for him, there would be no conflict. He could maintain feelings of competence and self-worth as long as Lara was happy with him. With any sense of unhappiness on her part, Dan’s self-esteem diminished and he became anxious and self-critical.

Lara’s experiences with individuation were very different from Dan’s. Lara’s parents were also very controlling, but unlike Dan, she didn’t become the person her parents wanted her to be. She remembers being 8 or 9 and getting into fights with her mother over her power to chose what to wear to school. She decided to stop fighting, wear her mother’s choice, and then bring what she wanted to wear and change at school.

Over time, she developed strategies to avoid conflict with her parents and to do what she wanted. She didn’t share her feelings with them, and relied on friends and her grandmother to be able to express what her parents didn’t want to hear. Her friends and grandmother played an important role in her development of self-confidence and self-worth. Her grandmother admired her take-charge approach to her life, and they became confidantes. By the time she was in high school, Lara’s grandmother was turning to her for advice. This had a large influence on Lara’s belief that she had good ideas, could trust herself to know what she wanted and that the things she wanted were right. The sense of self that predominated in her relationship with Dan was that she was competent and knew what was right. She felt loved and approved of when this perception was validated.

© Copyright 2010 by By Beverly Amsel, PhD. All Rights Reserved. Permission to publish granted to GoodTherapy.org.