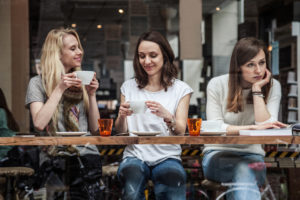 Bullying is described as a behavior marked by two distinct features: the intent to create a power imbalance and the frequency with which it occurs. There are various strategies used to gain and manipulate this power over others, but it’s often the instances of bullying involving physical aggression in school settings that get the most attention. For the purposes of this article, I’d like to shift the focus to a more subtle and common type of bullying: relational aggression.

Relational aggression is defined as a nonphysical form of aggression with the motive to impair the targeted individual’s social standing or reputation. Unlike physical bullying, we have probably all been on the receiving end of relational aggression at some time or another. Because we are social creatures and wired to desire acceptance, this form of bullying can be particularly toxic.

My hope is to increase awareness about when and how relational aggression occurs so it is more easily identified, and to offer more effective ways of responding. First, let’s look at some examples across various contexts:

Most of us might feel uncomfortable, to some degree, in each of these scenarios. And that is exactly the goal of the instigator. Here are some of the common threads: an attempt to declare superiority over another, domination, the inducing of humiliation or shame, belittling, devaluing, rejection, harassment, and the creation of a sense of separateness between you and others.

While a few instances of relational aggression may not seem to be that bothersome, the cumulative effects can result in lowered self-esteem, decreased confidence, depression, anxiety, distrust, and resentment.

Ironically, it’s the frequency with which relational aggression happens that makes it more difficult to detect. We can become desensitized or adopt an attitude of “that’s just the way things are” in response to these emotionally abusive behaviors. Taking on this perspective will inevitably lead to maladaptive ways of responding. While a few instances of relational aggression may not seem to be that bothersome, the cumulative effects can result in lowered self-esteem, decreased confidence, depression, anxiety, trust issues, and resentment. It can take a real emotional toll over time, and consequently be more difficult to heal from.

Countering these acts of verbal and social aggression requires setting boundaries. Otherwise, the power-seeking individual is continually reinforced by a lack of consequences for the unwanted behavior. Remaining calm when responding is important, as the instigator is often made to feel more powerful the more out of control or emotional the target becomes. Of course, it’s certainly easier said than done to remain calm in the face of emotional bullying.

How Mindfulness Can Help

Mindfulness, along with a little rehearsal, can assist you in staying calm and responding with purpose rather than being emotionally reactive:

Despite our best efforts, sometimes situations and people won’t budge. I urge you to seek professional support for assistance with coping and responding to relational aggression if you feel unable to make changes on your own.