Painful Lessons: Discovering the Gifts in Our Suffering 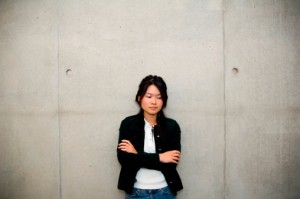 As human beings, we have all had to deal with our share of suffering. The causes of our suffering may change, but the experience remains the same. For some, their struggle may be with depression, anxiety, or having experienced abuse or trauma, whereas others may have to deal with a serious illness, chronic pain, an addiction, or the death of a loved one. In all cases, we may ask ourselves why we have been given this cross to bear and whether the pain will ever go away.

In most cases, we tend to make our suffering worse by our ongoing negative thoughts and ruminations about the situation. We create worst-case scenarios in our minds or believe that our agony will never subside. In so doing, we perpetuate and amplify our suffering, remaining attached to our pain rather than looking for the life lessons or gifts that may be present within the experience.

What are some ways we can choose to heal from our afflictions and discover the gifts they may have to offer? The following are a few methods to adopt in order to begin to examine our suffering from a different perspective:

1. Develop a Different Relationship with Your Emotions

Most people shy away from uncomfortable feelings, preferring to deny or repress them rather than exploring their purpose. If you become more curious about what you are feeling, you can begin to relate to your emotions in a different way and discover what they may be trying to communicate to you.

Although suffering is an integral part of the human condition, we can learn to look for the gifts and life lessons that are present within the experience rather than remaining engulfed in our pain.

For example, we tend to become anxious when we try to conform to others’ expectations rather than remaining true to ourselves. Making an effort to become more authentic can help to alleviate the anxiety in this case.

When we are feeling depressed, on the other hand, our emotions may be asking us to make more time to really listen to what is going on inside of ourselves. These feelings present us with an opportunity to turn inward, examine our lives, and determine any areas where we may have gotten off track and need to make changes.

For individuals who are struggling with the residual effects of trauma, their emotions may be an indicator that they need some help coming to terms with their painful experience. In this case, reaching out to a therapist or support group may be what is most called for to help in the healing process.

The gifts that are available in all of these cases would be in discovering new ways to listen in to what our emotions are trying to tell us and to develop a healthier relationship with them.

Often, we remain attached to our suffering because of our inability to forgive others and/or ourselves. Our inner anger and resentment can lead us to try to punish others in various ways, but we end up punishing and hurting ourselves more than we can ever hurt anyone else. We may rail against the unfairness of the situation, the universe, or even God. In doing so, however, we tend to remain in the role of victim rather than taking responsibility for our lives and attempting to gain understanding. We can never be truly happy as long as we are holding on to grudges against others.

The gift that can be found in this situation is in learning to forgive others and ourselves for any wrongdoings and bringing more understanding and compassion to the situation.

We tend to want to maintain a sense of control over our lives and can feel helpless, anxious, or heartbroken when something unexpected occurs that disrupts our sense of comfort or peace. Learning to become more accepting of the fact we ultimately are not in control of our lives, and surrendering to the experience of the moment, can help us to find more serenity, despite the struggles or pain we may be going through.

When someone close to us dies, for example, we can grieve the loss and the hole that is left in our lives, but also be thankful for the gift of the time we were granted with the person and the joy that he or she brought to our lives. Meditation and mindfulness are both helpful tools to learn to accept the things we cannot change and to remain grounded in the present moment rather than ruminating on the past or fantasizing about the future.

Although suffering is an integral part of the human condition, we can learn to look for the gifts and life lessons that are present within the experience rather than remaining engulfed in our pain. For individuals dealing with severe emotional or traumatic issues, the help of a professional may be required in order to help them on their healing journey.

Often, we find that the most painful experiences of our lives are those which teach us the most. Living our lives from this perspective can help us to remain more open and present on our ongoing journey of inner growth and discovery.