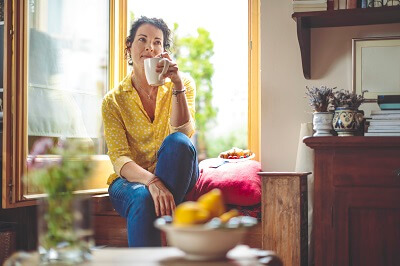 Forgiveness is a conscious decision to let go of feelings of anger or resentment harbored toward a person who has committed a wrong. It can often help the one who has been wronged release any negative feelings and achieve a sense of peace. A person who finds it difficult to forgive others may want to explore the benefits of forgiveness in therapy and as a result become able to forgive more easily.

Although the term "forgiveness" may bring to mind religious concepts, forgiveness need not have anything to do with religion. Forgiveness also does not mean that one has forgotten or excused an offense. Rather, it means recognizing it and making a conscious decision to let go of the pain it has caused. When forgiving someone, it is not necessary to reconcile with the offender. Misconceptions of forgiveness may be harmful, especially in the case of an unhealthy or violent relationship. Some might be inclined to think reconciliation occurs along with forgiveness, but this is not always true. For example, one may be able to forgive a family member who has said or done hurtful things, but it may be harmful, both mentally and physically, to maintain a connection with that family member.

It is possible to forgive someone without minimizing or denying the offense. Forgiveness may also take time, especially if the offense was serious. When someone causes significant harm, either deliberately or accidentally, true forgiveness can be challenging. The manner in which a person is able to forgive depends in part on that person's definition of forgiveness. Developing empathy can often lead to forgiveness. For many, forgiveness is simply the act of moving past a slight and not holding a grudge. For others, the process of forgiving someone requires repairing the relationship. While many people do feel that reconciliation is a step in the process of forgiveness, they are generally able to see the two processes as separate.

Forgiveness is often necessary in the case of a perceived offense against the self, close friends, or family, when a person says hurtful things due to differing ethics or morals, or as a result of the stigmatization of or disregard for one's identity or beliefs.

Some people may be able to forgive others by:

Forgiveness of the Self

Forgiveness does not necessarily involve others. Throughout life, it may become necessary to forgive oneself for an act of wrongdoing, either real or perceived. Some people who made choices they later regretted may have a difficult time forgiving themselves for making those choices. People also tend to hold themselves to higher levels of accountability than they do other people, and they may, as a result, have a harder time forgiving themselves than they would forgiving another person who committed a similar offense against them.

Research shows that those who forgive themselves readily after making mistakes may experience a reduction in empathy, and they may be less inclined to make amends to the other party. Self-forgiveness may be most effective and beneficial when it includes careful reflection on the mistake, admission of the mistake, empathy for the other party, and some kind of reparation for the offense.

Because holding onto feelings of anger or other negative emotions, even those directed toward oneself, can lead to a decrease in emotional, mental, and physical well-being, forgiving oneself is important. However, it may take time. When one has difficulty with self-forgiveness, issues such as anxiety, depression, and stress may result, and these conditions may cause physical symptoms such as high blood pressure, pain, and fatigue or lead to self-harm. People who maintain grudges against themselves may also be more likely to engage in risky and dangerous behavior such as substance and alcohol abuse.

Forgiveness generally benefits more than the person being forgiven; those who are able to forgive someone who wronged them may experience significant results from doing so. Studies show an inability or unwillingness to forgive can have a negative impact on one's mental health and well-being, often contributing to conditions such as depression and anxiety. The personal benefits of forgiveness can be great: These may include increased happiness, better health, and stronger relationships.

People who are more forgiving of others have been shown to be happier and less likely to experience negative health effects of stress. They are often able to resolve conflicts more easily, repair damaged relationships with friends or partners, and may experience higher levels of empathy and more positive feelings toward people in general. They may also be more resistant to illness than those who hold grudges, as studies show that people who hold grudges may be more likely to have a compromised immune system.