My Journey Through Anxiety to Find a Sense of Calm 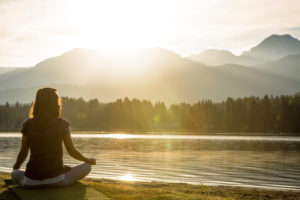 Always too bothered about what others thought—that was me, for the longest time. I would waste hours worrying about things that did not need so much consideration. Isolating myself from people did not help, as avoiding others only made me more anxious. The fear of not being able to meet people’s expectations was eating at me from within. I would panic at the thought of someday having a heart attack due to all the stress.

Some days anxiety affected me so much I became unpleasant to be around, and many people felt it was difficult to deal with me. You might wonder, how much worse could it be? But my anxiety was not just a general feeling of fear or panic. It was a heightened state of nervousness and fear, which would escalate to the point where I would start feeling short of breath. I had to deal with it somehow.

Addressing My Anxiety: The Beginning

One day, I slammed onto the floor, clasping my shirt, panting heavily, trying to catch my breath. I knew it—I was having a panic attack. The reason? Nothing that complicated, just a simple misunderstanding at work that caused an issue that wasn’t as major as it appeared to be. When things did not go my way, I often became loud and hasty, trying to prove my point, to the extent that I often became shaky and nervous.

Why did these things affect me so much? I started zoning myself out, trying to maintain a clear distance from people because I assumed they were causing me to react this way. My anxiety led me to pull away from people and began to ruin my relationships, which became either heated and filled with arguments and fights or just silence and awkwardness. I felt like my work stress was ruining my life.

However, as it turns out, it wasn’t the work. It was me. Every small detail that caught my attention had to be perfect, and that need to be perfect was stressing me out. I was tired of not being able to enjoy things like everybody else seemed to. I did not want to keep ruining outings with my paranoia. I knew it wasn’t necessary to always perform well in whatever I did, that it was all right to have mishaps and pitfalls—but I had to go beyond knowing. I had to live this.

Once I had the willingness to change the way things were in my life, the desire to take this step to try and heal this illness of mine before it became worse, I could commit to my recovery, knowing there was no turning back. But even though I’d decided to address my anxiety, I knew change would not happen overnight. It was going to take some time. When I received help and support from those dear to me, I was touched, and I began to realize things did not have to be as bad as they seemed.

The following are a few of the steps I took on my path to eliminate anxiety.

1. Resist the urge to overexplain.

As I was often too anxious about what others thought of me, I put too much effort into trying to explain myself to people. I discovered I often went too far and said too much. When I finally learned it was not necessary for me to offer so many details, I was able to work on this by limiting myself in conversation. Doing this helped me begin to feel much better. I realized I was wasting mental energy when I overexplained, and this often led to my becoming emotional. Trimming my explanations helped me become more at peace.

I was tired of not being able to enjoy things like everybody else seemed to. I did not want to keep ruining outings with my paranoia. I knew it wasn’t necessary to always perform well in whatever I did, that it was all right to have mishaps and pitfalls—but I had to go beyond knowing. I had to live this.

Being anxious was one major thing that often dragged me down and contributed to my low mood and energy. I believe it is important to feel proud of even little accomplishments, but I did not do that, which was why I was miserable. No matter what, or how much, I did, I felt like it wasn’t enough.

Anxiety often made me feel self-conscious, and it also brought me down. I was feeling worthless all the time, but when I started praising myself more, I began to take pride in my achievements. I knew then that I was making progress.

We often turn to bad habits to cope with problems and challenges in our life. Many people, myself included, might drink alcohol or take up smoking in order to cope with anxiety. Others might self-isolate. But these methods proved to be ineffective for me, so I instead began to turn to activities that let me improve my mental and physical skills. I began practicing yoga and meditation. These activities not only helped me develop better self-control, they had a spiritual effect that was quite invaluable for me. Music was another method that helped me manage my anxiety to a large extent.

In general, I discovered finding things to do that helped keep my mind in a peaceful state was a good strategy for dealing with anxiety. The coping methods that worked for me also allowed me to strengthen my mental ability, which helped me overcome my anxiety. It’s important to remember, though, that not every method works for every person. What really helps one individual might provide little relief for another.

4. Change to (and maintain!) a more flexible mindset.

One thing I found to have a severe impact on my anxiety issues was my rigid, inflexible mindset. I had to learn (and reinforce) the idea that it was all right if things were not always perfect. Even if something didn’t go my way, I could still take a breather and take it easy. Of course, I still find it helpful to have a process and follow it, but once in a while, I think it’s good for everyone to change things up a bit.

Developing a more flexible mindset helped me not fixate on small mistakes. I became calmer overall and began to get stressed out less frequently. When I began to let things go the way they would naturally, I found it easier to avoid handling things in a mechanical way.

Eliminating my anxiety began by facing and fighting my triggers instead of fearing them. Once I started visualizing myself as a calmer person, I began to feel like one. When I stopped being fearful and started to adapt to the situation I was placed in, things started to settle down. To expel the negativity in my head, I began to fill my mind with positive thoughts, and this greatly impacted me.

My journey through anxiety wasn’t an easy one, but these journeys aren’t usually easy. There are no miracles that can get rid of mental health challenges overnight. What mattered for me was my persistence to be committed and work on my well-being continuously.

Taking steps to address my anxiety helped me find great relief. It seemed difficult until I tried to face it, but doing so helped my life improve, personally and professionally. There is no more suffocation in my chest, and the skies seem clearer now.

If you are struggling with anxiety, consider seeking the help of a qualified and compassionate professional who can help you identify and address symptoms of anxiety.

Nisha has a passion for writing and loves the idea of sharing her thoughts with others who may be helped by them. She has written many articles on yoga, fitness, wellness, remedies, and beauty.