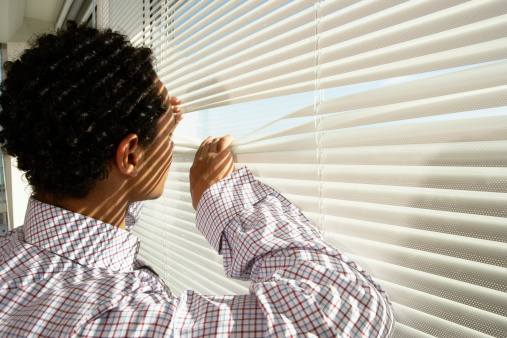 Paranoia is an unfounded belief that something bad is happening (or going to happen). Often, an individual experiencing paranoia will be suspicious of another person or group. The person may believe the other party is hostile and acting against them. Others tend to perceive the person’s sense of threat as exaggerated and “illogical.”

Paranoia tends to be a symptom of a mental health condition rather than a diagnosis in itself. Paranoia can also occur outside of any mental health issues. When paranoia interferes with daily life, a therapist can provide support.

Paranoia is a belief that one is under threat despite a lack of evidence. A person may exaggerate the likelihood of certain risks and feel the need for increased caution. They may mistrust public figures, organizations, loved ones, or all strangers. Someone with paranoia will likely hold at least one of these common beliefs:

When Does Paranoia Become A Concern?

Mild paranoia is fairly common. Around one third of people will experience non-clinical paranoia at some point in their lives. Someone with mild paranoia may realize their fears are unlikely to have much basis in reality. Yet they may still lend some credence to their suspicions. For example, a person who isn’t invited to a party may wonder if her friends are conspiring to exclude her, even though deep down she knows that scenario is unlikely.

Paranoia can grow more intense over time. The severity of paranoia is often measured by:

In general, paranoia becomes a concern when it affects one’s quality of life. If the person believes they are in danger, they can develop severe stress. Their paranoia may cause them to mistrust others, reducing their support network and preventing them from getting objective viewpoints. Without treatment, a person’s well-being may continue to decline.

Paranoia often develops as a result of multiple factors rather than one single factor. Potential causes of paranoia include:

Not all suspicions are paranoia. For example, if a person is part of a persecuted minority group, then it is not unreasonable for them to assume others are discriminating against them. Likewise, someone in a war zone may very well be in danger from an unseen sniper.

Context is often key in distinguishing between paranoia and justified suspicion. If you aren’t sure if your specific fear is paranoid, consider the facts. How much evidence is there for your belief being true? Statistically, how likely is your fear to occur? Is there any evidence against your belief that you may be ignoring?

If you are having trouble getting an objective view or cannot trust the people around you to speak honestly, a therapist can serve as a third-party opinion. A therapist is legally bound to keep your communication confidential, so you do not have to worry about your fears being used against you. A therapist can listen to any and all thoughts without judgment.