Moving Forward after the Death of a Child 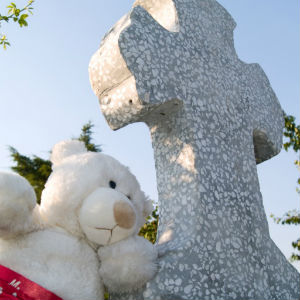 The death of a child is one of the most difficult and traumatic events that a parent can encounter, one that will shape emotional experiences over the lifespan. Parents will encounter a wide range of emotions that will, in most cases, fundamentally change who they are. They will experience not only intense grief but also regret, remorse, and guilt about not being able to protect their child.

The emotions experienced by parents with regard to the loss of a child are due, in large part, to individual and social beliefs about parenting and the roles of parents. The death of a child erases what many parents view as a fundamental certainty: that they will outlive their children. Although there are no certainties in life, the assumption that a parent will outlive his or her child is one that is clearly taken for granted. Further, because a parent’s identity is integrally tied to his or her child, the death will alter the way the parent looks at and experiences the world. Children change the way parents look at the world and themselves. A child’s identity often becomes an integral part of the parent’s lived experiences, views on life, and personal understanding. Thus, when a child is lost, a significant part of the parent can be lost as well.

The death of a child, to many, may seem like an insurmountable event. Parents may experience extreme difficulty in moving on and may, for a long time, be unable to connect with others. Parents may choose to isolate themselves and, for a time, this may be helpful. However, parents are social beings who sooner or later will need to reconnect with the world around them, either through work or through their community. When this does not occur naturally, help and support from a counselor may be needed to help the parent come to terms with the loss and to begin the healing process.

The healing process may also include other activities that are integral to the well-being of the parent as part of a larger social community. As a parent begins to heal, he or she may seek out relationships, and, in time, may decide to marry or have additional children. For some, the prospect of having another deeply emotional relationship may seem too difficult. For others, these relationships may provide an important support for coping and healing. The decisions made by the parent should be respected, as each person will need to come to terms with loss in his or her own way. By enabling parents to grieve in the best way they see fit, true healing can occur.

The decision to marry following the death of a child is one that is deeply personal and requires the parent to consider his or her emotional state and readiness for this transition. Again, it is important to remember that each individual grieves in his or her own way. Some parents will be ready and able to move on with their lives before others. Accepting this and recognizing differences in grieving will help parents and their supporters to come to terms with personal decisions made following the death of a child. No matter what decisions are made, they must be respected by others and viewed as part of the healing process.

Parents experiencing emotional distress or uncertainty after the loss of a child should seek the help of a professional counselor to help them understand their emotions and to make positive choices moving forward. The help and support of counselors should also be sought if the individual is experiencing emotions that are detrimental to personal well-being and health (such as suicidal ideation, depression, etc.). The decision to marry following the death of a child carries with it the possibility for additional loss through divorce. Therefore, making this decision with proper support is advisable.