Coping with Grief: Why Forgiveness Matters So Much 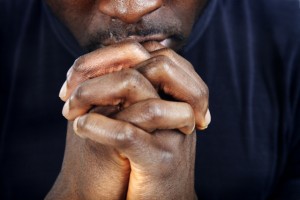 Death is a subject that is generally off-limits in our society. We spend much of our time denying its existence and its inexorable approach, even though we all realize that we will die “some day.” For the most part, however, we try to convince ourselves that the day is far away and we operate from the premise that we are invincible—until the wheel of fate rolls around to show us just how vulnerable we really are.

We imagine that our loved ones will always be there for us, and often fail to take the time to let them know just how much we really care about them. This fact was recently driven home to me when a very dear friend finally lost the battle he’d been waging against cancer for the past year. Although I called and visited him regularly, I struggled with watching him age before my eyes and melt down to a frail, skeletal version of his once-healthy self. He unfortunately passed away before I really had a chance to say goodbye and tell him how much he’d meant to me.

During challenging moments such as these, we realize just how precious and fleeting our lives really are. We tend to take for granted many of the factors that contribute to our happiness, such as our health, our homes, and our families and friends. In the blink of an eye, our worlds can come crashing down as we come to realize just how weak and defenseless we are against the casualties of time.

In addition, we frequently feel as though we cannot communicate our pain to others, as the grieving process is not truly honored in our society. After a short amount of time, we are expected to pick ourselves up and carry on with our lives as though nothing had happened. As death is such a taboo subject, others often feel awkward talking to us about our loss, which can leave us feeling cut off from our friends and acquaintances and alone with our suffering.

In other cultures around the world, they have special ceremonies and rituals designed to celebrate the ancestors who have gone before them. They keep them alive in their hearts and souls by dedicating holidays to remember them by. They share stories about the loved ones they have lost, honoring their lives and rejoicing in their passing on to a higher plane. These rituals can be of genuine help in assisting the families and individuals left behind to come to terms with death.

When a loved one dies, we mourn the loss of his or her companionship and presence in our lives, and feel bereft by the void that is left behind. We often regret not having shared with them our deepest feelings or having allowed ourselves to be more open and vulnerable with them. In some cases, we may also be left with unresolved issues if we have not come to terms with our underlying emotions, such as anger or resentment, toward the person who died.

These feelings can continue to haunt us long after the individual’s death, making it difficult in some cases to get on with our lives. This was the case for one of the persons I worked with, a person who harbored considerable hatred toward his father for the abuse that he had suffered at his hands. He grew up feeling unwanted and unlovable and thought that he was somehow to blame for his father’s abusive nature. He was consumed by bitterness for many years after his father’s death, which prevented him from being able to enjoy his life despite having a loving wife and a beautiful home.

His inner world was an ongoing nightmare until he started to gain a new perspective during the therapeutic process by realizing that he had not been to blame for his father’s abusive nature and that he had ended up internalizing many of the same dynamics himself. He came to see that his father probably had his own inner demons to contend with and had unfortunately just been repeating the cycle that likely had been going on for generations in his family.

As his compassion grew, he started to open up his heart to forgiveness. This played a huge role in his ability to heal and let go of the hatred that he had held onto for so long. Paying a visit to his father’s grave was the final ritual that allowed him to let go of his past and to start to move forward again in his life, with a newfound sense of compassion for his own human imperfections as well as those of his father.

Although we have not all grown up in abusive environments, we can all relate to this story on some level, as we have a tendency to carry some anger and hatred toward others regarding unresolved past wounds. These feelings of bitterness prevent us from being able to fully inhabit the present moment, as we ruminate on the pain that we’ve experienced and continually perpetuate our suffering. However, we can never find peace or joy in our lives as long as we are holding onto grudges for past wrongdoings. The resentment we feel ultimately hurts us much more than the person who initially caused us harm. And if the individual we hold a grudge against has died, this can compound our problem, as we tend to internalize this anger, thereby hurting ourselves even more.

Our psychological health therefore depends on our ability to forgive others. But we also have an even greater need to forgive ourselves for our own past transgressions and learn from them the lessons that we were intended to learn in order to move beyond them. Constantly beating ourselves up for something we have done in the past will not change what happened, but it will affect our ability to be happy and to truly love and accept ourselves now.

We are all human beings with imperfections and failings that we can learn from. As we open our hearts and begin to forgive and accept the aspects of ourselves that we have previously judged and rejected, we become more compassionate and loving toward ourselves as well as others. We learn to truly live our lives fully, rather than just surviving or waiting for a misfortune to hit us. We experience grief and pain, but we also become able to love with all our hearts. We start to drink deeply from the well of compassion that nourishes all who draw near and connects us on a deep level—the level of our own humanity.