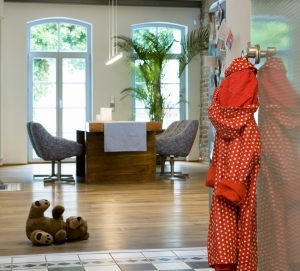 Emotional incest, also known as covert incest, is a dynamic that occurs in parenting where the parent seeks emotional support through their child that should be sought through an adult relationship. Although the effects of emotional incest can be similar to those resulting from physical incest, the term does not encompass sexual abuse.

Many times when I am working with people in therapy who are developmentally stuck, they end up sharing that, as children, they were the person their parent turned to as a confidant or for emotional support. Children put in this position may feel special or privileged because the parent is sharing adult information with them and/or is looking to them for support, creating a sense of closeness. However, given that the child’s needs are ignored in favor of the parent’s, there can be devastating long-term developmental consequences.

It is important to note that, in most cases, parents who foster a dynamic of emotional incest do not realize the impact of their behavior and do not intend to hurt their children. But the impact and the hurt are there all the same.

Most often, emotional incest occurs when an adult marriage or relationship is fragile, a parent is lonely, or there is a broken family dynamic such as infidelity, mental health conditions, or addiction. One or both parents may seek to get their emotional needs met through the child instead of seeking support from adults. Sometimes a parent will undermine the other parent during an argument or separation/divorce proceedings by putting children in the middle or colluding with a child, which increases the level of the parent’s dependency on the child. The child, in turn, may become concerned about having to take sides or protect a parent.

It is important to note that, in most cases, parents who foster a dynamic of emotional incest do not realize the impact of their behavior and do not intend to hurt their children. But the impact and the hurt are there all the same.

The Impact of Emotional Incest

Children who have experienced emotional incest may have great difficulty setting boundaries and getting their needs met as adults without feelings of excessive guilt. In addition, their relationship with their gender and sexuality can greatly inhibit their ability to maintain intimacy in adult partnerships.

Emotional incest can create an unhealthy sense of loyalty or obligation to a parent, which can result in a love/hate relationship between children and parents. Additionally, substance abuse, feelings of inadequacy, low self-esteem, and compulsivity around work, sex, and food are all potential outcomes.

Emotional incest also can impact the family dynamic as a whole. One partner typically experiences being shut out and may be denied opportunities for parent-child bonding. Additionally, other children may be neglected as the parent leans heavily on the “chosen child.”

For those who experienced emotional incest as a child, there are several ways to promote healing. They include the following: