Does Hurting Someone Make You a Bad Person? 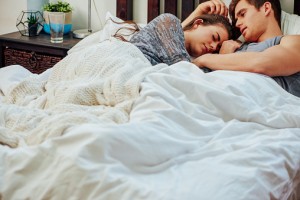 When I work with people who have difficulty expressing what they want and need, especially to their significant others, it is apparent feelings about hurting the other can create a fierce resistance to the authentic expression of self. As a therapist, my job is to find a way to help people navigate between consideration of the other’s feelings and honoring their own wishes and desires.

For some, realizing they have wounded someone they care about, even unintentionally, can cause painful regret and self-attack. Frequently, I find I must help people accept that they can and sometimes should choose to express themselves knowing it might hurt someone they love. My challenge is how to help someone accept that hurting and being hurt comes with the territory of love and relationships.

Identification with the Other

Mark, who has been married to Cynthia for five years, talks about how much he loves his wife and how difficult it is to make choices for himself when she disapproves of those choices: “Cynthia is such a strong person. She always seems to know what she wants and what is right for us. I wanted to take a relaxing beach vacation since work has been so crazy, but she insisted we do something more interesting. When I tried to push and said how tired I was, she started to cry and told me I should know how much she hates the beach and how it hurt her feelings that I would even suggest it. I felt really terrible and mean. She’s right: I should never have brought it up.”

Mark and I explored his reaction to Cynthia and his feelings of guilt and cold-heartedness for not recognizing he would hurt her by expressing his wishes. Mark found it difficult to consider that he hadn’t done something unforgivable. He was consumed with self-loathing and seemed devastated as he put his head in his hands and told me: “I always feel like the world’s worst person when I hurt her so badly. It shakes me up and I hate myself.”

Mark was not aware of how he identifies with Cynthia’s feelings and experiences her pain as if it were his own: “I know just how she feels when I do that to her. I’ve felt that so many times in my life, especially when my older sisters would be mean to me. I never want to make anyone, especially the woman I love, feel so awful.”

His recounting of his experiences with his sisters led us to focus on how Mark identifies with Cynthia and assumes her hurt feels exactly like his hurts of so many years ago, inflicted with malice. I asked Mark if he could imagine not feeling so viscerally that he had hurt her and instead feel sad or sorry for his behavior. I pointed out, “You identify with Cynthia and experience her pain as if it were your own. It seems difficult to step back a little and just feel badly that your wishes hurt her and be concerned, rather than taking on and experiencing her feelings. Identifying this way makes it very difficult to allow yourself to be free to express your needs and cope with your impact. You also end up attacking yourself and feeling like a bad person when it feels like you have so seriously wounded your wife.”

Mark acknowledged he often felt paralyzed to express his wishes but found it confusing to consider he could have a choice and not identify with Cynthia. I introduced the idea of empathy to Mark as an alternative to identification. We have begun to work on what it would mean and how it would feel to be empathic (being compassionate and sensitive to feelings without having the feelings) rather than identifying. This is not yet a distinction Mark can easily understand, and we continue to work on this. We will also continue our exploration of how Mark develops his identification reaction when a significant other is hurting.

Some children grow up in families where parents communicate that any negative impact the child makes on the parent will not be tolerated. This means the child cannot disagree, create conflict, or express any thoughts or feelings which negatively affect the parent. Under these circumstances, the parent’s response when they feel the child has hurt them is typically a communication that the child has inflicted pain and suffering on the parent. This is frequently experienced by the child as a sign of the child’s “badness.”

When a child’s early experience is that they have the power to inflict such hurt and distress on a parent, they are likely to take on that “bad person” feeling. Thus, feelings of shame, anxiety, and worries about being destructive can become part of the child’s identity. The degree to which this is felt and internalized may depend on where on the continuum of possible responses the parent’s reaction falls. The parent’s negative responses may range from a quiet and subtle withdrawal of love or connection, to guilt- and fear-inducing accusations of “you hurt me” or “you’re mean,” to aggressive physical punishment.

This kind of negative emotional response from a parent may severely interfere with the child’s ability to develop a positive sense of self and impair the capacity to assert their wishes and desires to others. The expression of any sense of agency can create anxiety about the risk of negatively impacting the other, along with worry they are doomed to experience the feelings that have come to be part of the “bad person” identity.

Part of the work for these people in therapy is to get comfortable with being hurt and hurting as a normal component of relationships. This doesn’t mean one shouldn’t feel badly or sorry when they inflict hurt. It does mean it is necessary to address old responses of feeling devastated (identification) when a loved one is hurting, as well as the “bad person” feelings of shame and self-hate.

Jana, 29, was very angry in her session with me as she recounted a memory when she was 5 or 6: “My parents divorced, and my father left me and my younger brother with my mother. I was sad all the time and scared. My mother went to work, and we had a babysitter. I remember pulling on my mother and crying, ‘Don’t go, don’t go.’ I was beside myself. She told me to stop it, that I was making her feel bad and hurting her feelings. I’m not absolutely sure she said this to me, but I think she said something like it was mean of me to make her feel like a bad mother. I think she said that a lot. She hasn’t changed. She’s the mean one. That icy cold voice comes out of her even now when I’m upset about something or need something from her.”

I remarked, “You seem angry at her now. How did you express anger growing up?”

Jana sighed, “I am angry now. But I could never let myself get angry at her when I was growing up. I couldn’t really let myself feel angry feelings toward her until a few years ago, after I started to work with you. I was always the bad one; I felt I was always hurting her. I especially remember hurting her if I didn’t say the right thing to my grandparents. I absolutely remember her telling me I was mean to make her look like a bad daughter because of something I said or didn’t say to my grandparents. I don’t know what she wanted. It was so unpredictable. I remember this awful feeling in my stomach, like I was going to throw up. For so many years, I felt like a disgusting person.”

Jana has increasingly been able to understand her child self was not to blame for her mother’s hurt feelings and that her behaviors were not bad or mean, even if her mother experienced them that way. She is now better able to be angry with her mother and recognizes her overwhelming feelings of shame and anxieties about her impact on others are related to her early experiences.

Nevertheless, she has not been able to give up the wish for her mother to affirm her goodness. She continues to struggle to maintain a more positive sense of herself and disavow the “bad person” feelings. Contact with her mother is her biggest challenge to accepting her goodness and shedding her sense of herself as a disgusting person. Fortunately, Jana’s awareness of her situation, and her commitment to herself to grow an identity in which she can comfortably express who she is, is powerful motivation to keep growing.

For Jana and Mark, there is a strong drive to suppress their thoughts and feelings rather than risk “bad person” feelings and/or their own pain should they hurt a significant other. For any person who has to fight “bad person” feelings, it becomes necessary to loosen the hold on the idea that the other’s hurt is the consequence of their behavior and/or badness. Rather, they need to recognize that the other’s feelings of being hurt don’t always correspond to having been treated in a hurtful manner.

It may sound glib to say “hurt happens,” but it does. This doesn’t mean behavior isn’t sometimes intentional and meant to hurt and destroy. However, when I think about the people I help and their early experiences in their families, they were not helped to be comfortable with their nondestructive or non-mean behavior if the other felt impacted in hurtful ways. (I am not addressing hurtful behavior when it was intentional.) Part of the work for these people in therapy is to get comfortable with being hurt and hurting as a normal component of relationships. This doesn’t mean one shouldn’t feel badly or sorry when they inflict hurt. It does mean it is necessary to address old responses of feeling devastated (identification) when a loved one is hurting, as well as the “bad person” feelings of shame and self-hate. These old responses do not serve the individual’s needs for self-esteem, agency, and authenticity.