Love vs. Lust: Are Sex and Love the Same Thing? 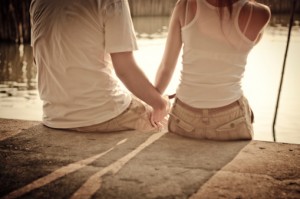 It is love or is it lust? Many have asked this question at some point, struggling to make a distinction between the two. According to recent science, the answer lies in the eyes.

“The eyes are the windows to the soul” is a popular phrase, and science has revealed the truth of this poetic line. Researchers have found eye movement alone can distinguish the feelings of love from lust.

Love or Lust: The Eyes Tell All

The Neurophysiology of Love and Lust

Though love and lust are interrelated, they are coordinated by different emotional systems and neural processes in the brain. Lust is ruled by the sex drive, which is processed in the endocrine and reproductive system, driven by testosterone and estrogen.

Physical attraction plays a role in feelings of lust and falling in love. Attraction is driven by the reproductive instinct and is subject to hormonal reactions as well as the release of neurotransmitters such as dopamine and norepinephrine.

After someone has fallen in passionate love, the initial excitement and passion may fade over time as the dopamine levels associated with novelty begin to level out. At this point, the love may grow into companionate love. This type of love is associated with bonding hormones, such as oxytocin and vasopressin.

Distinguishing Between Lust and Love

Although science indicates love and lust are distinct even on a physiological and neurological level, it may not make distinguishing between the two any easier for those under the charms of lust and romantic love. Differentiating between the two can be a challenge, as the feelings often occur simultaneously and both have the ability to cloud judgment. So how can you tell the difference?

Lust is purely physical attraction. It is an altered state of consciousness biologically driven by the instinct to procreate. It can be incredibly powerful and can at times surpass logic and reason. Lust is initiated by pheromones, chemicals secreted in sweat that reveal information about genetics and influence behavior. When you experience physical attraction and sexual desire for another, it is the result of bodily awareness of a good genetic match for creating offspring. Lust knows nothing about long-term compatibility or companionship.

Love is also an attraction, but it goes beyond a physiological impulse. Love is not immediate; rather, it grows over time. When you meet someone you fall in love with, it may start out as lust and grow into infatuation, which is what we commonly associate with romantic love.

Love is also an attraction, but it goes beyond a physiological impulse. Love is not immediate, but rather grows over time.When you become infatuated with another, you may begin to see through rose-colored glasses, putting the person on a pedestal and ignoring any flaws. Infatuation can become obsessive, leading someone to experience the “can’t eat, can’t sleep” phenomenon often associated with falling in love.

Scientific studies have shown the brain in love looks a lot like the brain on cocaine, with high dopamine levels and lowered serotonin. Eventually, the exciting feelings fade as the novelty of the relationship wears off and you are no longer under the lover’s haze. It is often at this stage when people begin to see their partner clearly without projections, and flaws start to become apparent. Lovers either realize they are not compatible and part shortly after infatuation fades or they commit to the relationship and develop companionate love for one another.

Lust and infatuation require little commitment or effort, whereas love generally requires a high degree of both. A successful loving relationship requires honesty, communication, compassion, respect, and trust. Love is most often built on a strong mutual foundation. Love usually involves personal sacrifice. When you’re in love, you shift from “me-thinking” to “we-thinking.” It is the willingness to consider another’s well-being in the same way you would your own.