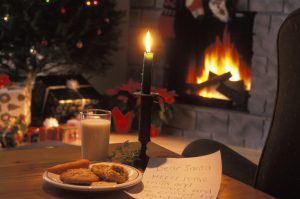 For those who celebrate Christmas, lying to children about the existence of Santa could harm parents’ relationships with their children, according to an essay published in The Lancet Psychiatry. In the piece, mental health researcher Kathy McKay and psychologist Christopher Boyle suggest parents may be motivated by a desire to return to their own childhoods. This means lying about Santa may not be a protective lie, and may instead erode children’s trust in their parents.

The two authors suggest parents may encourage children to believe in Santa as a way of reliving their own childhoods. Though this can be fun and nostalgic for parents, the lie may ultimately harm their relationship with their children.

Many parents teach their children lying is wrong, but children eventually find out Santa is not real. This can spur confusion and conflict. When children discover the lie, they may wonder what other lies their parents have told, the authors say.

McKay and Boyle believe it is sometimes appropriate for parents to lie to protect their children. For example, rather than providing potentially upsetting details about the death of a pet, parents might conceal the death. In contrast, the authors say lying about Santa does not protect children. Because a child’s belief in Santa can make parents feel good, parents may be undermining their long-term credibility to feel a sense of magic for a few years.

“Some children might gain cherished memories of St. Nick, while others might gain a sense of distrust in their parents and their world view,” Malonai said. “Highly sensitive, gifted, or other neuro-atypically developing children, such as those with autism, might be especially vulnerable to this type of parental deception.”

In 2011, the Associated Press and GFK Roper Public Affairs & Corporate Communications sponsored a survey of the general population that inquired about views on Santa. Eighty-four percent of parents said they had once believed in Santa. This supports the notion that parents nurture a belief in Santa partially because of fond memories from their childhoods. 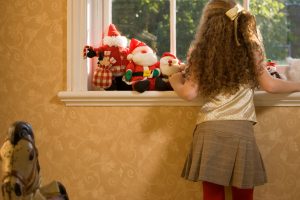 Two-thirds of families called Santa an “important” part of Christmas. Conflicted feelings about Santa were also common, with nearly half of respondents arguing Santa detracts from the religious meaning of Christmas.

Expert Insight on Navigating the Myth of Santa

Malonai believes it is important for parents to consider family values in conjunction with their children’s sometimes differing personalities and traits.

“If you wish to uphold the idea of Father Christmas, choose your words wisely,” Maloani said. “Instead of outright lying, share stories of longstanding traditions and cultural heritage.”

“Children can enjoy Santa as a fictional character without being lied to by their parents,” Hardie-Williams said. “Just as children enjoy their favorite fairy-tale characters and even ‘meet them’ in Disneyland and in Disney World, children understand that their favorite fairy-tale character is not literal. I believe the same approach is effective when presenting the character of Santa Claus to children. Although not the intention, I believe the emotional impact of parents lying to children could be harmful. I believe it’s healthier to encourage children to enjoy the ‘magic’ of Santa Claus and Christmas by perceiving Santa as a fictional character within the context of telling a story.”