When Women are the Financial Breadwinners 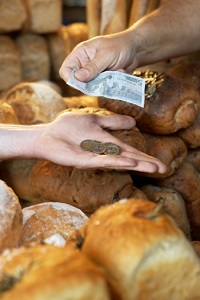 When might earning more feel like making less for women? When it comes with the emotional baggage of being the primary breadwinner in a culture where men are expected to bring home the bacon. Earning a good income should be something for women to feel proud of, right? It is an accomplishment, a deserved reward for hard work. Yet many women feel conflicted about their status and ashamed of the role reversal. And this devalues their achievement.

Many women breadwinners downplay their success. Traditional values still dictate that the male partner in a heterosexual relationship should bring home a bigger paycheck. Male self-esteem is often linked with their financial prowess, and society has yet to challenge this expectation. Women’s financial success is such a taboo topic that the high percentage of women in this country who are primary breadwinners may be a surprise to many people. According to the U.S. Bureau of Labor Statistics, women are the sole or main breadwinners in almost a third of U.S. households. As the economy continues to falter, this percentage is predicted to climb, since unemployment has hit male-dominated fields the hardest.

Some women become primary breadwinners when they pursue a higher paying job, while their husband/partner chooses a path that offers less remuneration. A woman who is successful in real estate, for example, might earn more than her spouse who is an artist. Even if monetary success is not considered important when choosing a mate, most couples still face cultural expectations associated with this role reversal. Men can feel emasculated, women may be viewed as controlling, and both may worry about what others will think of them. A woman may resent her partner for not being able to support her, or may lose respect for him if he fails to search for better paying work, and a man may resent his breadwinner wife who seems so much more accomplished.

Women also may become sole breadwinners by default when their partner is laid off. Since the start of the recession, three out of four of those recently unemployed are men. This can be particularly devastating for families since women still only earn 78 cents to the dollar when compared to men. Women in these situations face the stress of earning the family paycheck, offering emotional support to a spouse who is often angry and demoralized, and containing their own frustration and resentment.

While ambivalence about breadwinner status may be commonplace, some women relish the opportunity. In one study, Rebecca Meisenbach interviewed female breadwinners and found that although some experienced guilt and resentment over their multiple roles, many were ambitious, took pride in their accomplishments, and enjoyed their independence. These women also found that it was critical to value their spouse’s contributions to the family, regardless of his financial success.

So how can women adjust to the primary breadwinner role, regardless of whether it is obtained by default or free choice? On the job, women need to lobby for equal pay, and challenge long-held misconceptions that men are solely responsible for their families, thereby warranting higher wages. Men and women need to resist judging one another by the size of their paycheck, and support the pursuit of a career path based on what is meaningful and fulfilling. Most importantly, couples need to communicate openly about the impact a woman’s breadwinner status has on their relationship. Partners need to remember what brought them together in the first place. Paying attention to what you enjoy and respect about your partner, how the intimacy you have can enhance your life, and how you can support each other’s career goals can hopefully offset any challenges to the relationship.