The ‘New Soft War on Women’: A GoodTherapy.org Review 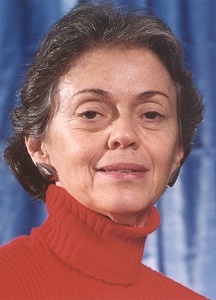 Rosalind Barnett, a senior scientist at the Women’s Studies Research Center at Brandeis University, has dedicated much of her career to researching gender and gender roles. Along with her co-author, journalist Caryl Rivers, she has written seven books about gender. She has long argued that claims about differences between men and women are grossly inflated, and that the stereotypes that spring from these claims are harmful to both sexes.

In an interview with GoodTherapy.org, she discusses gender stereotypes and how these contribute to what she calls a “soft war on women.”

In both Same Difference and The Truth About Boys and Girls, you address the ways in which gender stereotypes limit both boys and girls. Can you give a few examples of these stereotypes?

Parents have notions about what their boys and girls should do, and what they’re good at doing, and they create environments for those children based upon their stereotypes. So, for example, girls will be more protected based on the assumption that they can’t handle risk as well as boys, and boys will be encouraged to take risks and to challenge themselves by interacting with the environment.

We see this in a number of studies. For example, in one study, researchers presented children and their parents with an environment that contained slides and adjustable ramps. The researchers asked the mothers to adjust the angles of the ramps to the angle they believed their child would feel comfortable going down. And then they turned the children loose. It turned out that the mothers had thought the daughters would be more risk-averse, setting the ramps at a shallower angle, and creating a steeper angle for boys. And actually, there was a slight tendency of the girls to be willing to take on more risk and steeper ramps.

You can generalize this, with parents holding girls back and creating a different type of environment that limits their opportunities to challenge themselves, and my books are full of these kinds of examples.

Your books are filled with examples of ways in which studies that claim to show gender stereotypes are poorly designed. You also cite a lot of studies that show that gender differences are created through the environment. But there are new studies coming out constantly. Is there a way for laypeople to debunk gender stereotypes without reading and understanding every single study?

Oh, sure. The big finding across all of the meta-analyses of gender-difference studies is that there’s more within-gender variability than there is between genders. People think of boys and girls as two separate, vastly different groups, but this is just a stereotype. No matter what study you look at, the basic finding is that gender can’t tell you a thing about an individual person. We can’t, for example, figure out what a child’s math test score will be based upon his or her gender.

The brain is a learning instrument that is constantly aligning itself to the environment. And while it’s true that you can always point to ways in which girls and boys are different and seem to enjoy different activities, gender conditioning starts very early. One gender difference that people really like to point to is the apparent superiority of men with tasks of mental rotation. Well, it turns out that some very clever stories showed that, yes, indeed, boys are better, but it’s not because of the way they’re hard-wired. It’s because they play more games that teach spatial reasoning, and even just a few hours of training can dramatically reduce the difference in spatial reasoning between girls and boys. That difference can be undone.

A lot of parents are concerned about stereotyping their children, but they’re bombarded with stereotypes. What would you advise parents to do to protect their kids from this and to avoid falling into the trap of gender conditioning?

If parents want to do something, they need to look at their own stereotypes. Stand back and look at what they’re projecting onto their sons or daughters. Parents need to consistently ask themselves, “Why am I doing this?” when they make decisions about their children. Instead of reflexively buying a toy or playing a particular game, parents have to examine their motives and their own gender conditioning. And by doing this, they become sensitized to how powerful gender stereotypes are. Once you’re aware, you’re better equipped to notice when other people use stereotypes with your child. Parents, rather than blaming things on innate differences, need to keep in mind that they’re part of everything, too, and they shape their children’s environments.

What about therapy? Do gender myths become a problem in the context of therapy?

Therapists need to take these issues up, too, when their clients start saying that women are this or men are that. They need to be able to talk more deeply about their clients’ beliefs, and this can help them address issues more meaningfully within their own practice.

Whether it’s a therapist or parent or whoever it is, people make statements about gender without thinking. And your question should always be, “Well, what is your research? On what research are you basing this claim?” They’re professionals, and if they’re making these claims, they need to be asked about them.

Your new book is called The New Soft War on Women. Tell me what a soft war on women is, and how it’s different from the older model of sexism.

We called it a new soft war for a bunch of reasons. The problems women are having in the workplace are much more subtle. And they’re not illegal, basically, and women are not prepared for them. We like to think we live in a meritocracy, and that effort is rewarded, but it’s not so clear that that’s true as much for women as it is for men. The point of the book is that women need to be prepared for the sorts of obstacles they’re going to encounter, because this can enable them to avoid some obstacles.

What makes this new soft war on women new is that we, as a country, have a much stronger interest in women succeeding. When we consider the fact that more and more couples are dual earners, and that in some the women are the breadwinners, there’s a social benefit to improving women’s financial prospects. In the books that Caryl and I write, we always start with some disjunction between popular ideas and the research, and the research is striking about how similar kids are, and the popular press is so strikingly clear about how different they are. It became really necessary for us to take that on.

Lately there’s been a lot of media coverage arguing that it’s actually boys and men falling behind, and some commentators have even argued that there’s a war on boys. What do you think about this?

The media narrative now is that the glass ceiling is shattered and women have made it, and that we really just need to worry about men. First of all, the story that’s repeated ad nauseam is that females are dominating college classes. But if you actually look at the numbers, it’s not quite like that. If you just look at college-aged students, and exclude nontraditional older students, the gender division is 51 to 49. This is very, very different. The big jump in women’s college enrollment has occurred with older, nonwhite, nontraditional students coming back after leaving school

And then if you look further, at what women major in, they tend to dominate in female-dominated fields where they’re not going to have much power and are going to be earning a whole lot less. And if you take a look at what happens right after college, in the first job, men make more than women, and that gender gap in earnings gets larger over time, and gets larger at higher educational levels. So at every level, men make more than women. And in female-dominated occupations, men out-earn women. There’s really nothing you can point to where women actually have an edge over men. It’s just not there. And again, when people hear these claims, they need to ask, “Well, where is the data?”

So are these claims similar to some of the claims about gender myths?

Yes, absolutely. If you have one or two data points that are repeated like crazy, the narrative continues even though the underlying material has been discredited. This incredibly hyped media coverage is catchy and matches what we want to believe. We always worry about men. But rather than seeing women’s successes as harmful to men, a better way to ask the question is, “Are women succeeding at the expense of men?” And there’s no data to suggest that that’s the case.