You’re My Obsession: How to Recover from an Addictive Relationship 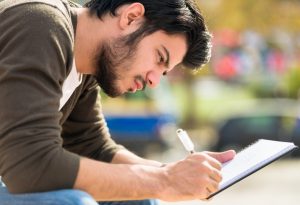 Are you in an addictive relationship with someone? Would you like to break free from your bondage and feel inner peace? Do you want to stop the obsessions, break the cycle of seeming insanity, and take back your life?

Addictions come in many forms. An addiction to a person involves obsessive thoughts about the relationship, feelings of hope, anticipation, waiting, confusion, and desperation. Addictive relationships are toxic and very powerful.

The first step in recovery is to face the truth. Identify your toxic person as the “drug” of sorts you are addicted to. Before you can break any addiction, you need to own the reality you have one. Acknowledgment is the beginning of your journey toward recovery.

To help you face the truth, get out your writing pad and begin the process. Start by writing the following:

Once you have faced the truth, commit to yourself to live in the truth—to live in reality, no matter the cost. Recovery requires living in truth over living in fantasy. Addictive relationships are fantasies. You are in love with what you wish the person was, not what they are.

You are addicted to the brain chemistry attached to the anticipation and traumatic bonding surrounding the relationship. Because the relationship is so utterly unfulfilling, you are left with a constant state of emptiness, which is temporarily assuaged with each encounter with your object of obsession (the person).

It is a vicious cycle.

Once you have identified your thoughts, feelings, and patterns in your relationship, it is time begin abstention (if you haven’t already done so). You must abstain from your addiction. You can abstain in one of two ways:

This will be a very difficult part of your journey. The brain chemicals released when trying to detach are vastly different from the neurotransmitters and hormones released when you are with your loved one. The main chemical released during times of stress (including emotional stress) is cortisol. Any trigger (such as the loss of a loved one) releases chemicals from the noradrenergic system (which includes the release of cortisol and norepinephrine).

As you face another emotionally dysregulating departure from your loved one, your stress system goes into high gear, releasing stress chemicals in your body, which motivates you to “do something about this!” As you anticipate the relief from the stress, your brain releases chemicals such as dopamine, which offer that positive feeling of anticipation. You have entered the craving part of your addiction.

In order to break an addiction, you need to realize you are fighting these chemical responses. This means you will not feel good for a while. But rest assured, if you can abstain from responding to your brain chemistry, you can get through these tough times and your neurotransmitter system will eventually come to rest at a state of equilibrium.

Some suggestions for what to do while you are in this “craving cycle”:

Understand you cannot change anyone but yourself. Stop focusing on how the other person needs to change. You have no power over other people, and wishing others would change only serves to keep you hooked into a destructive pattern of waiting.

Understand you cannot change anyone but yourself. Stop focusing on how the other person needs to change. You have no power over other people, and wishing others would change only serves to keep you hooked into a destructive pattern of waiting.

The best thing you can do to help yourself on your journey of healing is to be proactive and set up a plan of emotional health “bottom-line behaviors” for yourself.

Here are some personal principles you can internalize to help you do just that:

Recovery from any addiction, including a relationship addiction, is hard but worthwhile work. You can do this through perseverance, hope, self-discovery, and grace. The best way to accomplish any long-term goal is to do it one step and one day at a time. Don’t scare yourself by thinking beyond today. Live each day as it comes and take the next indicated step on your journey to healthy living.

For compassionate guidance, seek the support of a licensed therapist in your area.