How a Person with Narcissism Responds to a Perceived Offense 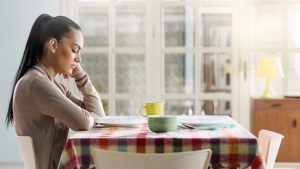 Many people are simply not educated on the concept of the “narcissistic wound,” also known as the narcissistic injury, and are in for a wrath beyond comprehension when they offend a person with narcissism.

When offended, a typical person might experience hurt feelings or feel insulted or angry. However, the offended person might ultimately talk it through with the individual who committed the transgression, with a willingness to repair the relationship and move on. This can take time.

In general, bonds are developed and strengthened through the process of “rupture and repair.” People learn to handle insecurities in a relationship by building trust over time as they see each rupture or conflict in the relationship eventually leads to a deeper connection or repair.

Not so in the narcissistic relationship. Offending a person with narcissism can lead to immediate, lasting, and perhaps irreparable fallout.

When dealing with a person with narcissism, the rules are different. This is true in all aspects of the relationship, but for this article, the focus is on the narcissistic wound. These types of wounds are unlike other types of interpersonal ruptures. These differences are listed below:

Why People with Narcissism React Differently

Why do people with narcissism react so vehemently when threatened by a seemingly minor offense? The answer is complicated:

What to Do If You Are Involved in Narcissistic Wounding

If you are involved in a narcissistic injury, perhaps the best thing you can do is learn to step back and observe the person with narcissism with objective curiosity, making silent statements to yourself such as, “Wow, how interesting that this person is going completely ballistic over something so miniscule,” or, “Hmm, it’s a shame we can’t have a healthy conversation or resolve problems together,” then simply excuse yourself and go on with your day.

Of course this is not easy, but it’s a lot easier than involving yourself in the discussion and trying to reason with the individual. This may just set you up for verbal abuse. There will likely be no good end to that, as you both may end up saying and hearing regrettable things.

The best way to cope with a person with narcissism is to understand they have a condition, one that manifests in creating a dysfunctional interpersonal relationship. It is very difficult, if not impossible, to have a healthy relationship with a person with narcissism. Once you accept this and learn to not need the person to change, you may be free.